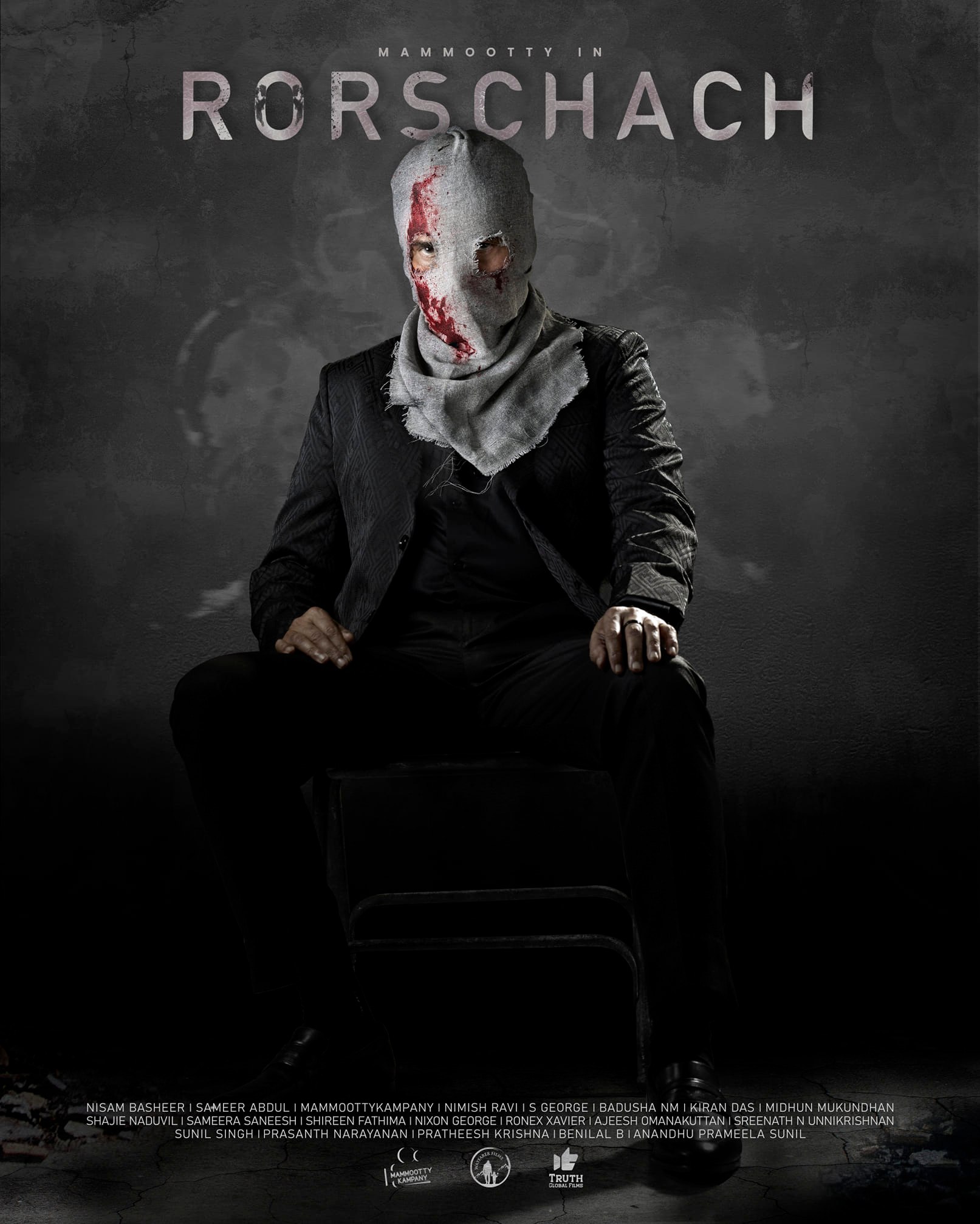 Synopsis:
Rorschach, is a psychological thriller set in a fictional village in Kerala. The plot revolves around Luke Anthony, portrayed by veteran actor Mammootty, who appears in the village on one fine day, in search of his lost wife Sophia. But wait! Was this his only intention? Though he appeared kind and harmless, his presence creates a lot of disturbances in the village and few of the fellow characters start suspecting him and his actions. Most of the other characters in the film are ambiguous black and grey images, just like the inkblots used in the Rorschach test. That leaves the onus to the audience to identify the bat or butterfly among them and pass the test.