Worth Paying Extra to Experience IMAX with Laser? 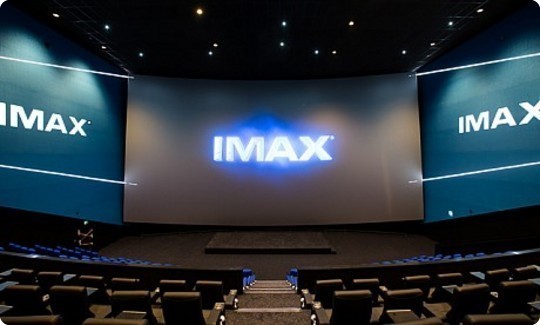 The region’s first IMAX with Laser was launched on September 28th 2015 at VOX Cinema, Mall of the Emirates and has since been chockablock with IMAX blockbusters.

Most people would agree the best theatrical movie experience is 70mm IMAX film projection. But with IMAX Laser, IMAX Corporation’s aim was to try and replace – and hopefully even surpass – that experience. And… they’ve succeeded!

But what exactly is IMAX Laser, and is it really worth paying extra money to see?

IMAX Laser is definitely another evolutionary step in the theatrical experience. Jonathan (Jon) Paula – professional You Tuber and founder of Jogwheel Productions (a media production company specializing in web videos), shares his thoughts on IMAX’s new “laser” projection technology, how it works, and why it is absolutely worth paying extra money to see a movie at a cinema with IMAX Laser. Check out his review below:

IMAX vs. 70mm film projection at a glance:

“I don’t want to see a movie in any other format except IMAX Laser from now on” says Jon. “Yes it costs a few extra dollars, but is completely worth it.”

According to Andrew Cripps – President of IMAX for Europe, Africa and the Middle East, “Dubai is the cheapest place in the world to experience IMAX with Laser.” The cost of watching IMAX at VOX Cinema at Mall of the Emirates is around Dh75, while at the Empire Cinema in London the cost is around £19.95 (Dh112).

If you’re still to experience this new technology, there’s no better time than now to do so. With the festive holidays around the corner, drop by VOX Cinema at the Mall of the Emirates and don’t miss out on watching Star Wars: The Force Awakens – currently screening in IMAX with Laser.

Sources: The National, World According to Jon, Slash Film