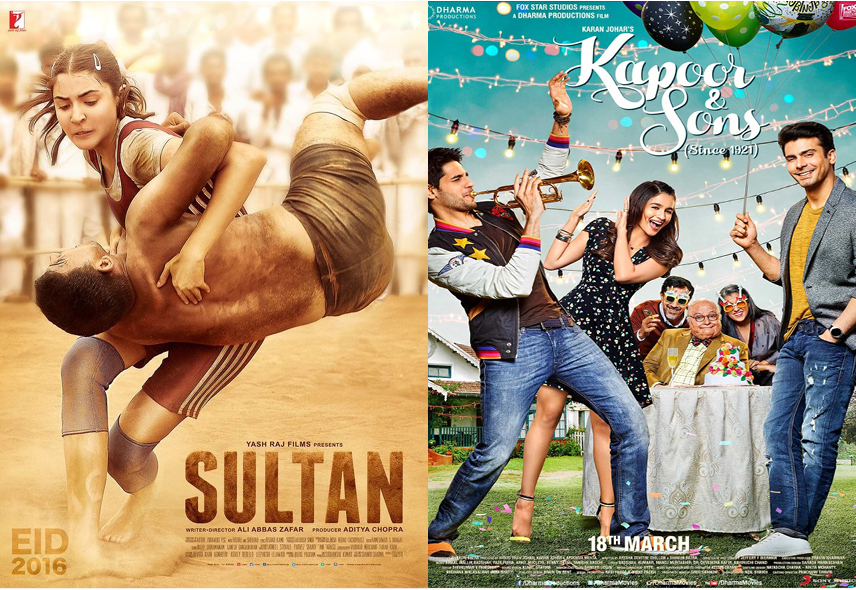 This is also the first for Salman Khan – who never before had the top two spots in any of the three main markets of UK, US/Canada and the Gulf.

‘Fan‘ (which released in April 2016) managed to cross the $10 million mark at overseas box office, but remains below the average for a Shah Rukh Khan starrer.

‘Kapoor & Sons’ has earned the title of ‘Super Hit Bollywood Film‘ having found appreciation in the US/Canada and other overseas markets – as opposed to the Indian market where the film was limited to release in four cities and also made a poor television performance.

Other Bollywood hits that performed well in the overseas market were the three Akshay Kumar films.

The top 10 Bollywood film grossers overseas in 2016 are as follows:

The overseas market for Bollywood films in Q4 will be dependent on ‘Ae Dil Hai Mushkil’, ‘Dear Zindagi’ and ‘Dangal’ for big returns.