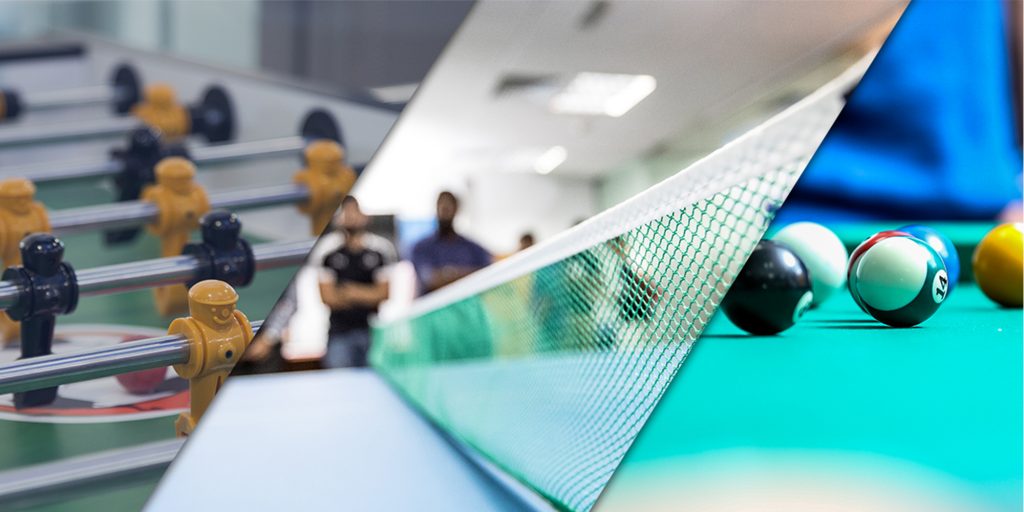 After an exciting and eventful year in 2016, it was time for some fun and games. With this in mind, Motivate Group launched ‘Motivate Games 2016’ at the start of festive season last December.

Our HR Team officially introduced the gaming event with a series of fun tournaments for Motivate team members using the facilities available at both Motivate Publishing and Motivate Val Morgan office premises.

The tournament went viral across the company, and saw a number of team members send in their names for participation.

After a series of fun trials and practices, then commenced the official matches – where participants competed with each other to win the title of the ultimate champion of their respective games. The final matches were played on the 14th of December, with Foosball played at Motivate Publishing and Motivate Val Morgan hosting the finals for Table Tennis and Pool.

All the participants enthusiastically showcased their sporting skills either with quick movements in Foosball, tricky angles with Table Tennis rackets, and their precise, well calculated shots on the green clothed Pool table.

The week-long event saw some participants discover hidden talents, some strong contender’s lose to their opponents with close margins, and the emergence of winners who showed focus and dedication right throughout their matches to beat all opponents and become the true champions of their respective games.

As one big family, we take great pride in announcing the winners and runner-ups for the following games:

Motivate Val Morgan congratulates all the winners and runner-ups, and applaud all participants – as we look forward to an even more entertaining and enthusiastic Motivate Group Tournament in 2017.

What makes champions different? ‘Champions don’t quit until they get it right’