2017: The Year of Spectacular Comebacks 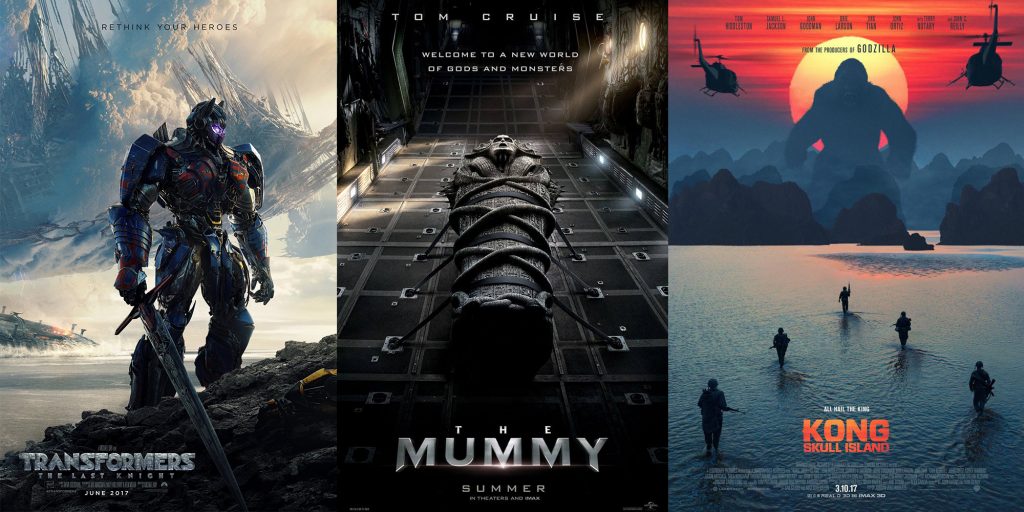 2017 will undoubtedly be remembered as the year of spectacular comebacks by a number of franchises with dazzling star casts returning to the big screen – reigniting our love for the movies which were GOLD back then.

Here’s a list of some amazing franchise comebacks to look forward to: 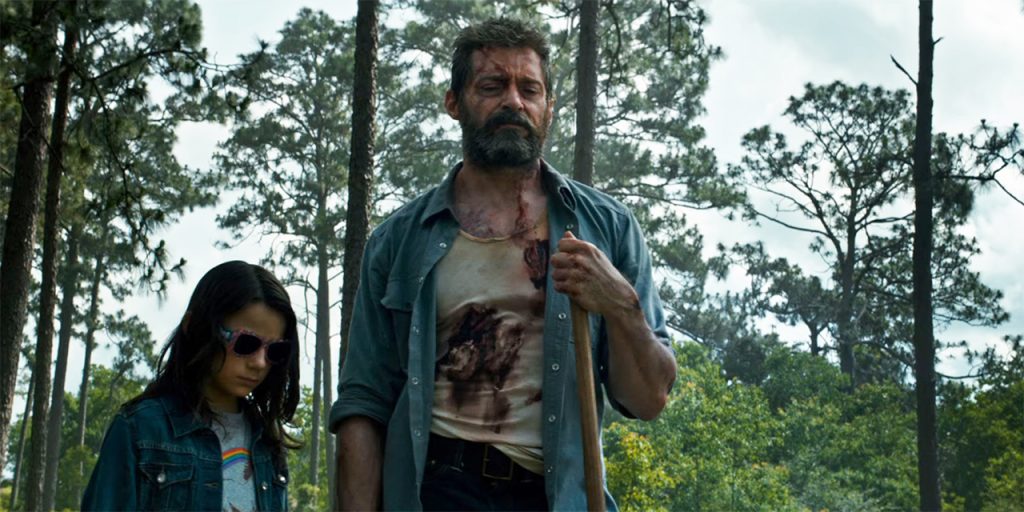 One of the most anticipated blockbusters of 2017 is ‘Logan‘, which will see Hugh Jackman take on the role of Wolverine for one last time. ‘Logan‘ will be the third movie in the Wolverine series. Prequels ‘X-Men Orgins: Wolverine‘ (2009) grossed a worldwide total of US$ 375 million, while ‘The Wolverine‘ (2013) raked over US$400 million worldwide. ‘Logan‘ is scheduled for release on March 2 across cinemas in the UAE.

Reasons to advertise alongside ‘Logan‘ – ‘Logan‘ will successfully lure both Hugh Jackman fans and cinemagoers loyal to the super-hero X-Men franchise. Together, that’s quite an audience! 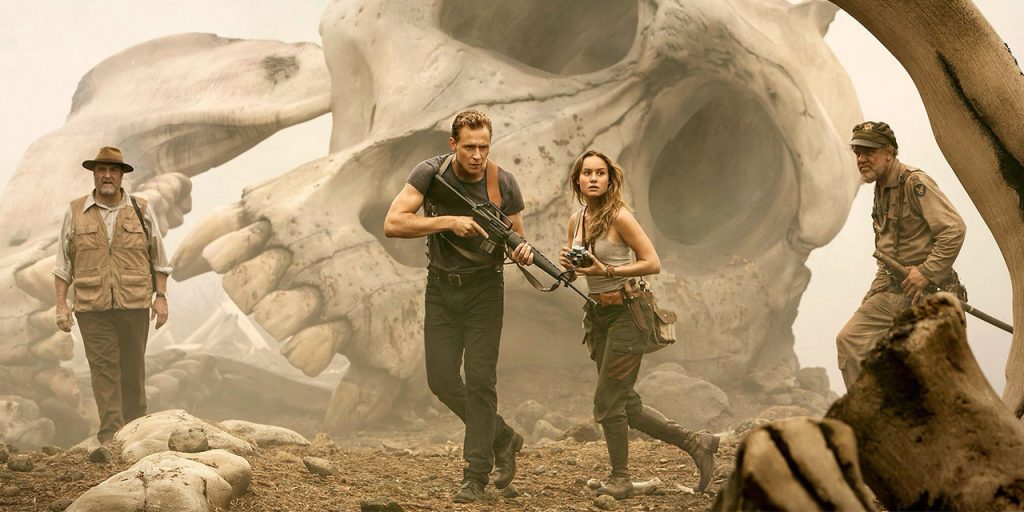 In 1933, Hollywood shook audiences with a monster we quite possibly could never forget – King Kong. ‘King Kong‘ (1933) grossed a worldwide total of US$ 10 million, whilst its remake in 1976 and 2005 raked in US$90 million and US$550 million (worldwide) respectively. ‘Kong: Skull Island‘, which releases on March 9 across cinemas in the UAE, is all set to re-send shivers down our spine and features Tom Hiddleston and Oscar winner Brie Larson.

Reasons to advertise alongside ‘Kong: Skull Island‘ – It’s a movie resurfacing after a long break. It features Tom Hiddleston and Brie Larson who are on a trajectory for great performances and awards. Last but not least, the movie’s trailer released back at Comic Con in 2016 and has successfully garnered much hype since then – bound to usher in a large audience.

Guardians of the Galaxy: Vol. 2 Marvel’s team of the unlikeliest superheroes is back with the sequel to the blockbuster ‘Guardians of the Galaxy‘, which earned a worldwide total of US$770 million when it released in 2014. Chris Pratt stars alongside Zoe Saldana with Vin Diesel as the voice of the adorable Baby Groot in this power-packed action comedy set to conquer cinemas across the UAE on May 4.

Reasons to advertise alongside ‘Guardians of the Galaxy: Volume 2‘ – The movie has been much-awaited since its trailer released on December 6 2016, and the hype surrounding the movie fueled by the recent release of its amazing Super Bowl trailer. This franchise is sure to attract a large base of superhero enthusiasts to the cinemas along with lovers of comedy.

Pirates of the Caribbean: Dead Men Tell No Tales 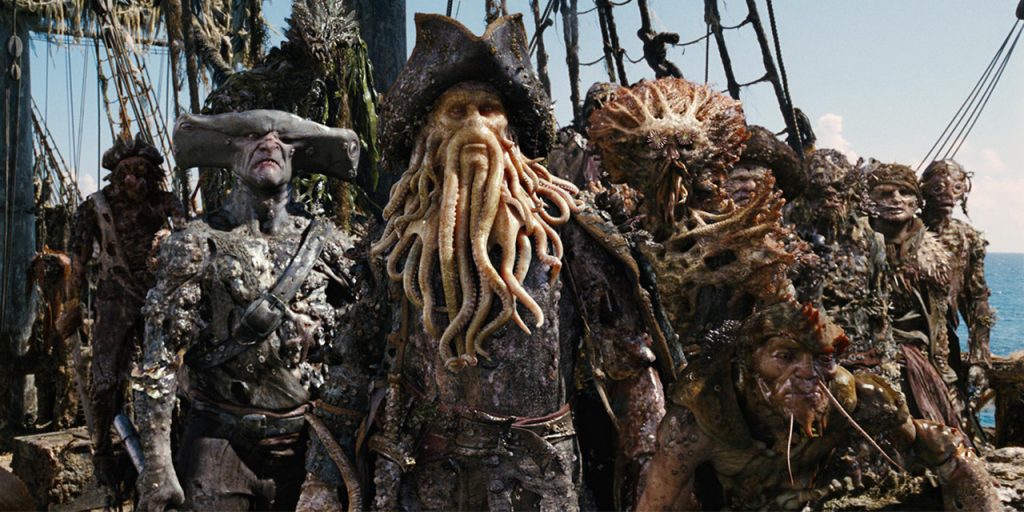 Disney’s Pirates of the Caribbean will see Johnny Depp return to his role as Captain Jack Sparrow in the fifth installment – ‘Pirates of the Caribbean: Dead Men Tell No Tales‘ – releasing May 25 across cinemas in the UAE. The four prequels of this franchise were warmly welcomed by its ardent fan base and grossed a worldwide total of over US$3.7 billion. 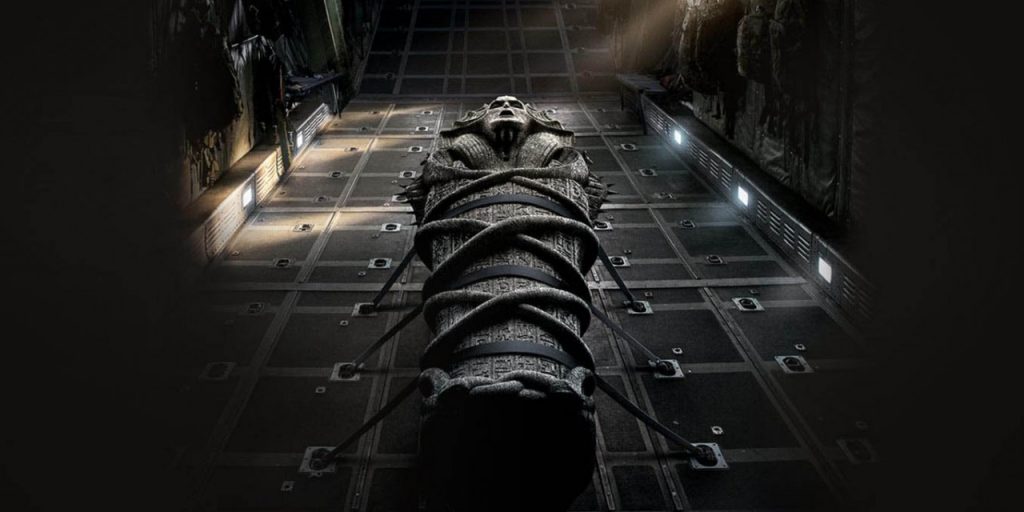 Reasons to advertise alongside ‘The Mummy‘ – Tom Cruise is an actor who is known to perform his own stunts in all his movies. Not just a gentle car chase or riding a horse without a saddle. We are talking fire, water, speed, explosions, weapons and knee-buckling heights and air planes – all of which UAE audiences love to see on the big screen. The Mummy franchise did well back then – starring Brendan Fraser. You can only just imagine how well it is anticipated to do with Tom Cruise leading this reboot. 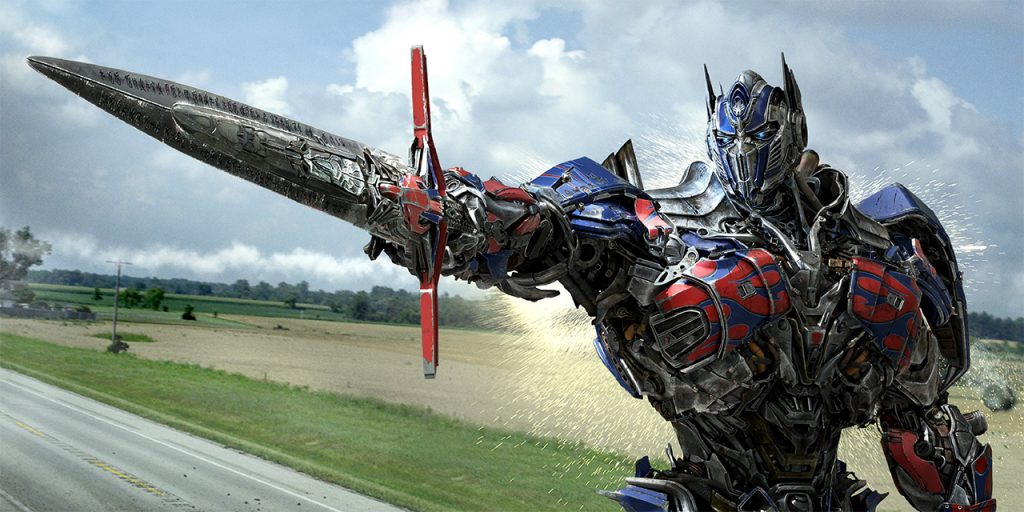 The epic saga of humans, Autobots and Decepticons is coming to a brilliant end with the final movie of the popular franchise – ‘Transformers: The Last Knight‘. Michael Bay’s Transformers sees Mark Wahlberg reprising his role from its action packed prequel ‘Transformers: Age of Extinction‘, which grossed a whooping total of US$1 billion worldwide. The Transformers movie series ranks ten on the list of ‘Highest Grossing Film Series‘ with a total gross of US$3.7 billion. The much-anticipated final face off is set to hit cinemas across the UAE on June 22.

Reasons to advertise alongside ‘Transformers: The Last Knight‘ – Being the last in a series of successful action-packed films, this franchise finale is sure to rake in large audiences. Action & adventure fans, both new and old, across all ages will flock to the cinemas to witness the ending of the era of Transformers. 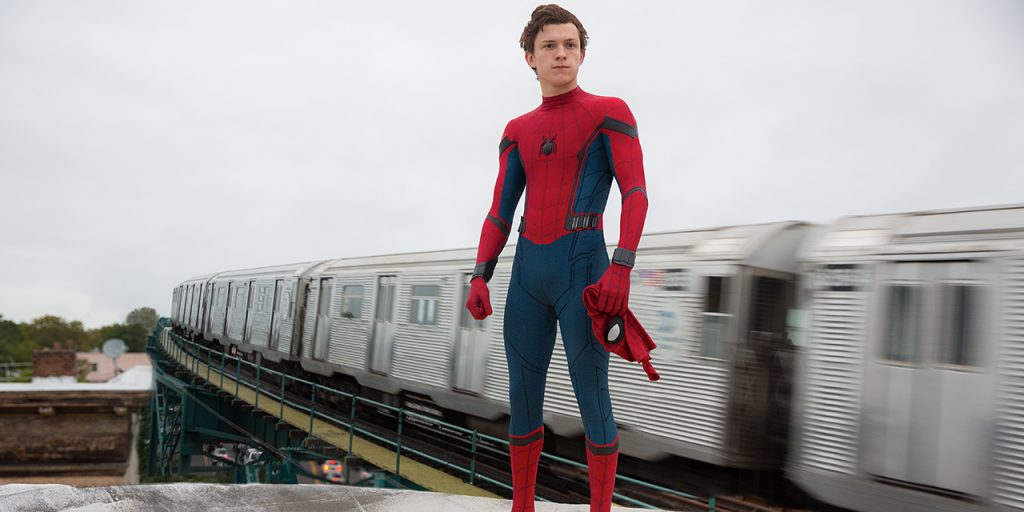 Hollywood’s list of awesome comebacks would be incomplete without the mention of our favourite webbed hero taking on the big screen again. The 5 Spider-man prequels from 2002 to 2014 (featuring Toby Maguire from 2002 to 2007 and Andrew Garfield from 2012-2014) raked a thumping worldwide box office of US$3.9 billion. 2017’s ‘Spider-man: Homecoming‘ will star Tom Holland (who has already made his first appearance in ‘Captain America: Civil War‘ 2016) alongside Marisa Tomei and the famous Iron Man – Robert Downey Jr. The movie is scheduled for release across cinemas in the UAE on July 6.

Reasons to advertise alongside ‘Spider-man: Homecoming‘ – Since Tom Holland already appeared in ‘Captain America: Civil War‘ as the agile, funny and extremely talkative super-hero addition to Marvel’s universe, ‘Spider-man: Homecoming‘ is one of Marvel’s most anticipated movies of 2017. Also, with Tony Stark making an appearance, all Iron Man fans are bound to add to audience numbers. 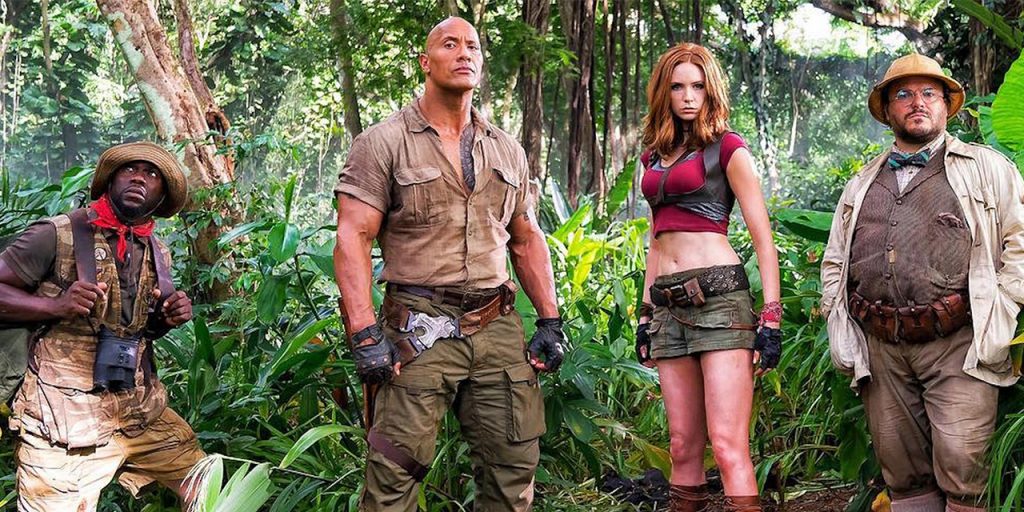 In 1995, Robin Williams’ brought his charming sense of humor to the much-loved fantasy thriller – ‘Jumanji‘, which grossed a total of US$260 million worldwide. This year, the franchise gets a reboot in a movie of the same name featuring Dwayne Johnson, Kevin Hart, Jack Black alongside the popular artist Nick Jonas. ‘Jumanji‘ opens in cinemas across the UAE on July 27.

Reasons to advertise alongside ‘Jumanji‘ – It’s a comedy starring the mucho but funny Dwayne Johnson and downright hilarious Kevin Hart – who teamed up last year for ‘Central Intelligence‘. The result – a very successful collaboration. Harrison Ford’s 1982 feature ‘Blade Runner‘ makes a comeback this year with a much-awaited sequel, ‘Blade Runner 2049‘ – starring Ryan Gosling. The 1982 blockbuster grossed a total of US$33 million. The upcoming movie also sees Harrison Ford returning as the former Blade Runner and is set to release across cinemas in the UAE on October 6.

Reasons to advertise alongside ‘Blade Runner 2049‘ – in the 80’s the movie brought in US$33 million which is quite a steep number back in the day. With both Ryan Gosling and Harrison Ford, ‘Blade Runner 2049‘ will appeal to a varied action loving cinema audience – the young and the old. 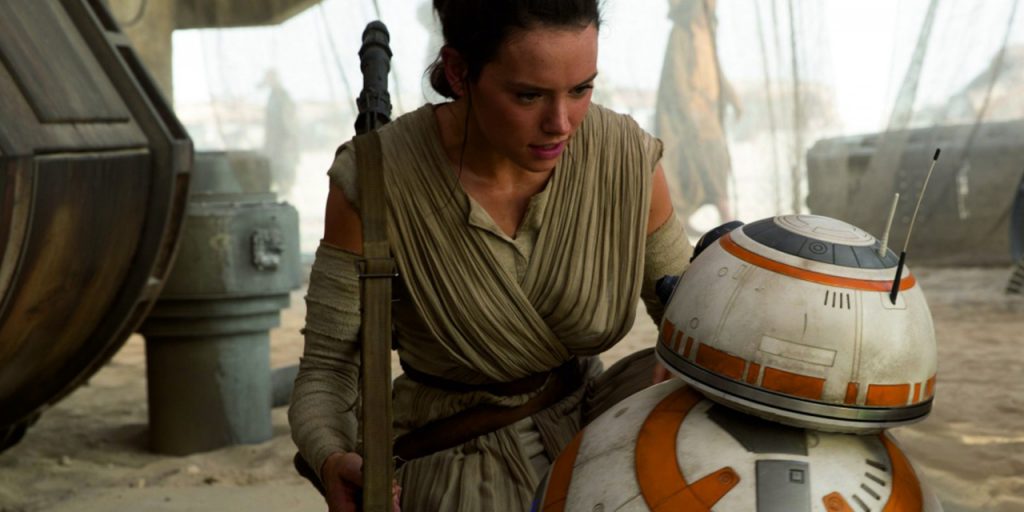 Reasons to advertise alongside ‘Star Wars: Episode VIII‘ – Do you really need a reason? The figures and success of this franchise speaks for itself!

With Hollywood setting the stage for great franchise revivals, don’t miss out on the opportunity to align your brand with this year’s spectacular comebacks.

Contact a member of our Sales Team for more information on cinema advertising opportunities in 2017.