2016 might have been a year of a few ups and downs (in terms of movies releases) for us grown-ups. But as always, the kids were offered an array of animated movies – that kept them coming back to the cinema for more.

Here are some kids’ movies that made it to the Top 50 Highest-Ever Grossing Animated Features, released in 2016. 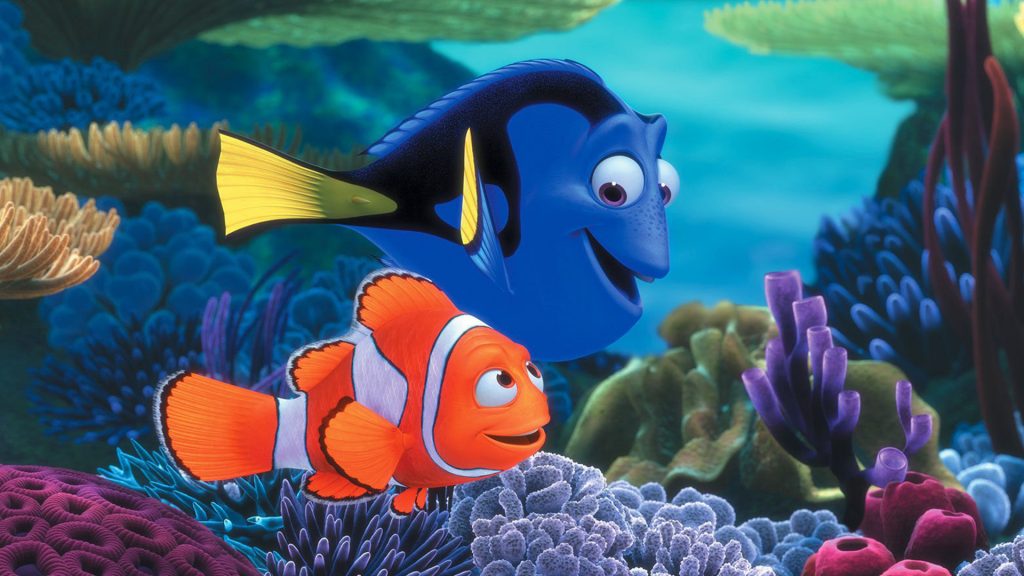 Centered on the adventures of the adorable but forgetful character Dory – voiced by the popular comedienne Ellen DeGeneres, the movie beat its prequel ‘Finding Nemo‘ (worldwide total of $940 Million) grossing over $1 billion and ranks 4th on the list of highest-ever grossing animated features. 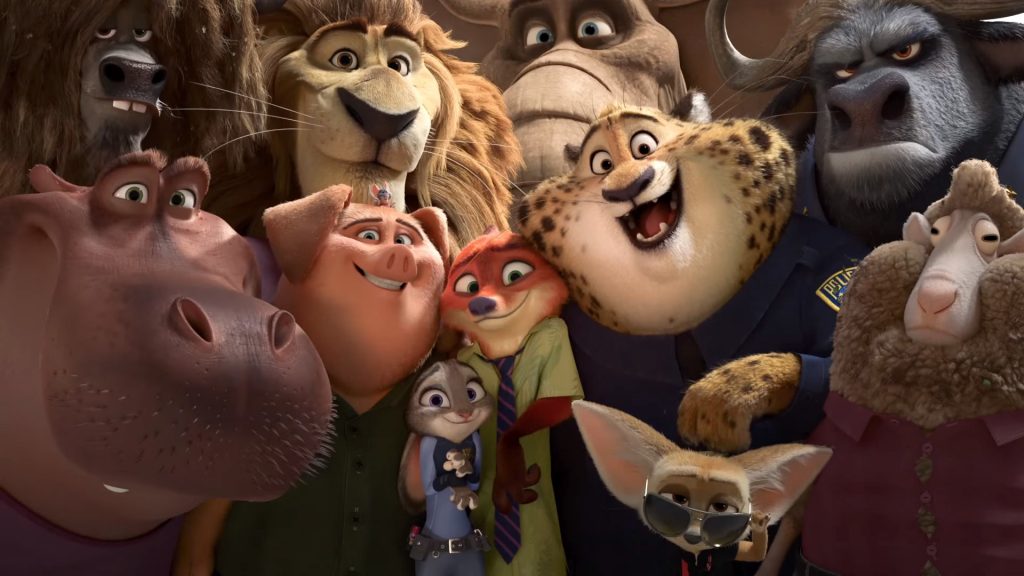 The 2016 winner for the Golden Globe – Best Animated Feature Film brings an imaginative story-line to the age old cliché of talking animals. The story is set in a mammalian metropolis, with the protagonist as a rabbit police officer who teams up with a fox con artist to save the city from a corrupt evil.

With the film being hailed as one of Disney’s best, it is hardly surprising that talks of a sequel are already under way. ‘Zootropolis‘ ranks 5th on the list of highest-ever grossing animated features with an approximate worldwide gross of $1 billion.

The movie – which released in March 2016, ran for 20 weeks in the UAE and did approximately 187K admissions.

The Secret Life of Pets 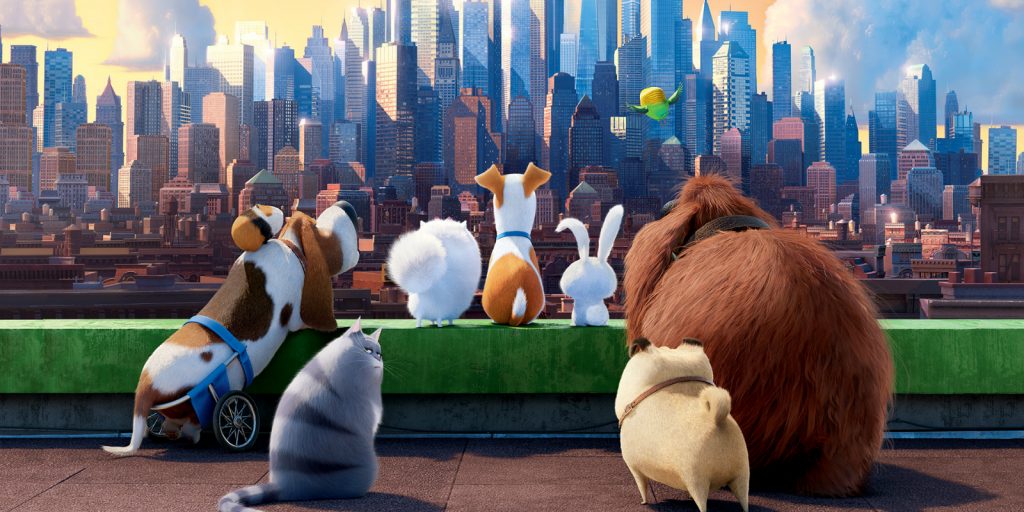 From the same studio that brought us the widely successful franchise of ‘Despicable Me‘ movies (total worldwide gross of $2.6 billion), comes the adorable animation based on very important members of our families – our pets. The hilarious kids’ film asks the audience a simple question – what do pets do all day when the humans are out?

The movie – which released in August 2016, ran for 12 weeks in the UAE and did approximately 165K admissions. 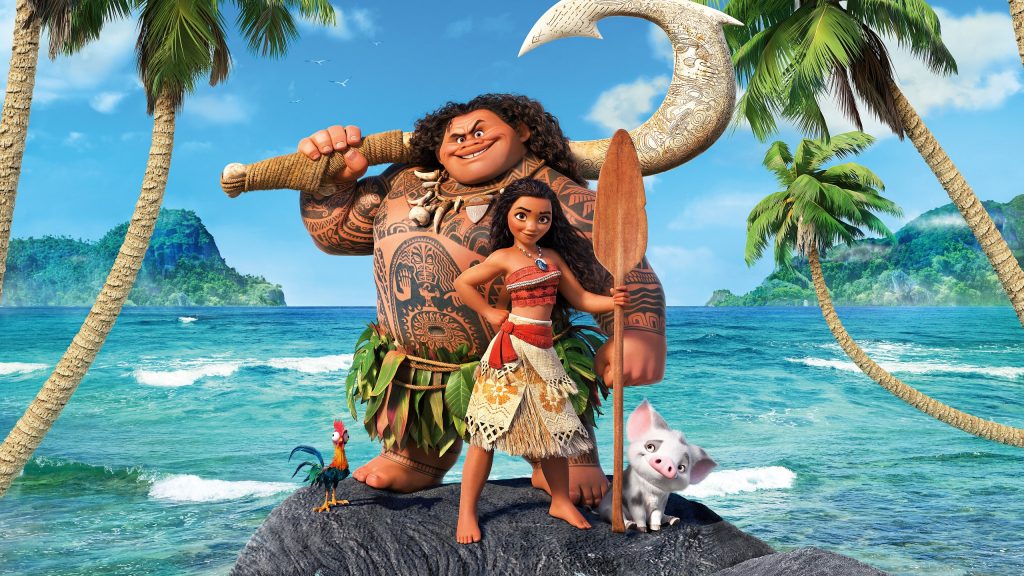 From the makers of ‘Frozen‘ and ‘Zootropolis‘ comes an adventurous tale of a young Polynesian girl who joins forces with her hero, a demi-god, to save her island.

‘Moana‘ raked a worldwide gross of approximately $565 million, earning it the rank of number 30 on the list of highest-ever grossing animated features.

The movie – which released in November 2016, ran for 5 weeks in 2016 and did approximately 260K admissions. However, 10 weeks into 2017, the movie continues to screen across cinemas in the UAE – continuing to attract enthusiastic audiences. 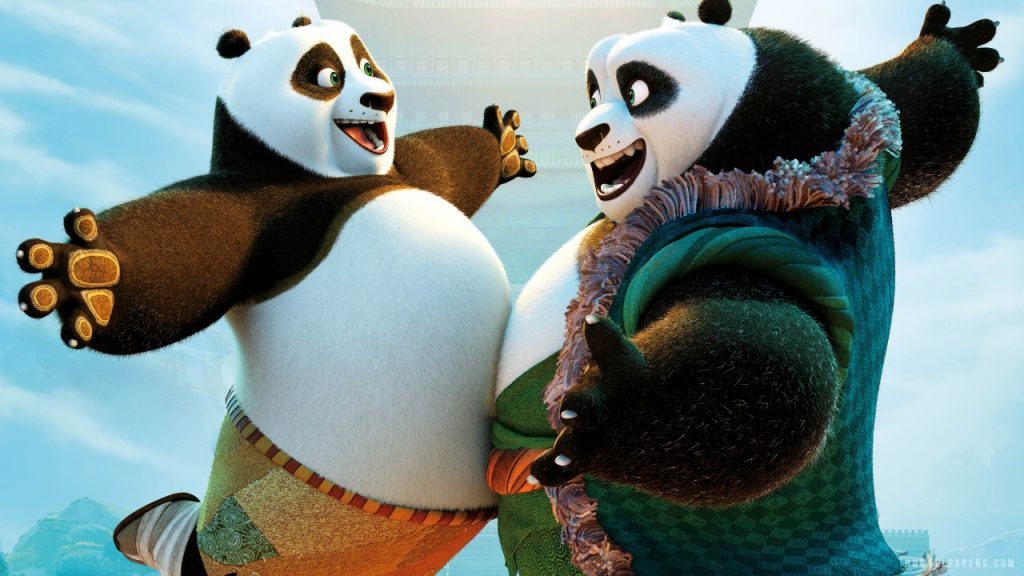 After the huge successes of the first two movies, the ‘Kung Fu Panda‘ franchise (total worldwide gross $1.3 billion) brought back to screen the adorable hero, Po. The story centers on the journey of Po as he teams with his biological father and fellow pandas to defeat a spiritual warrior of a villain.

Ranking 40th on the list of highest-ever grossing animated features, the third installment raked in a worldwide total of $518 million.

From the makers of ‘Despicable Me‘ and ‘The Secret Life of Pets’ comes ‘Sing‘ – the heart-warming story of a koala bear who hosts a singing competition to save his theatre. Voiced by stars such as Matthew McConaughey, Reese Witherspoon, Seth MacFarlane and Scarlett Johansson, the film raked in a worldwide gross of $500 million and made it to the top 40 on the list of highest-ever grossing animated features.

The movie – which released in the last week of December 2016, did approximately 65K admissions in its first week of release. However, 10 weeks into 2017, the movie continues to screen across cinemas in the UAE with a total admission of over 160K (to date).

Hollywood in 2017 has heightened expectations with a line-up of spectacular animated features. The most eagerly awaited kids’ movies over the rest of this year are: 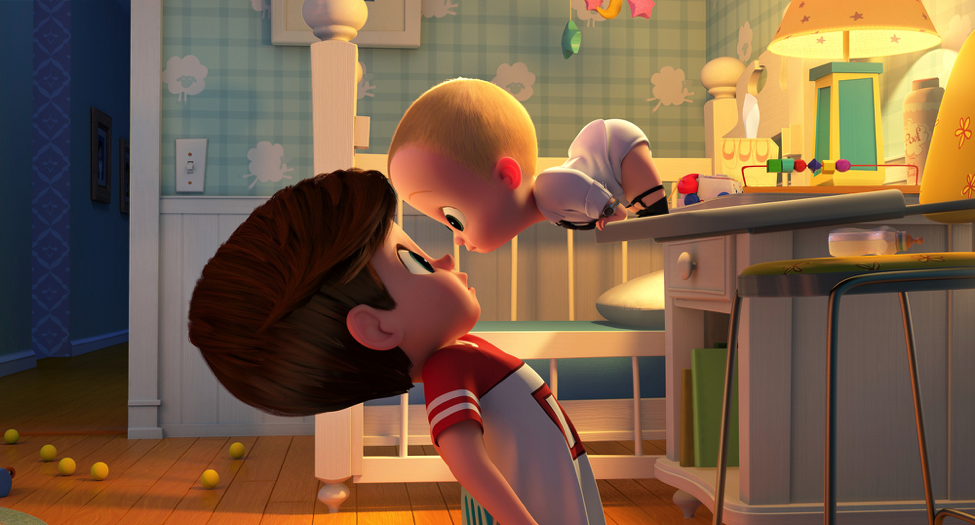 Alec Baldwin voices cinema’s most ambitious new-born in the highly anticipated DreamWorks’ Animation ‘The Boss Baby‘. With its reputation for great dialogues, relevant background score and brilliant comic timing, DreamWorks studios is sure to enjoy the attention of audiences – both young and old, with this flick.

The movie is set to release across cinemas in the UAE on April 20. DreamWorks’ movies, on average, draw in an audience of over 310K and usually runs for a minimum of 12 weeks in the UAE. 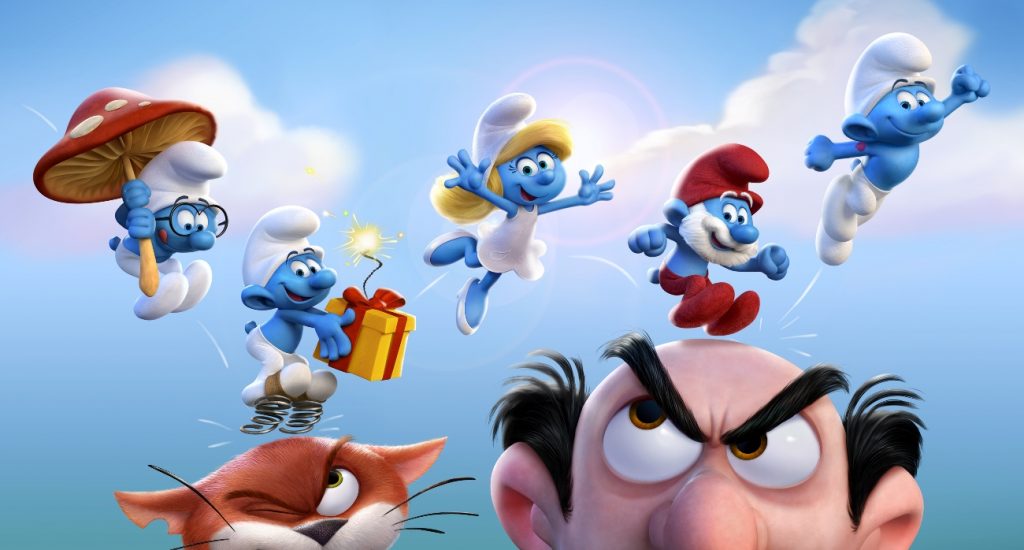 ‘Smurfs: The Lost Village‘ is an animation feature made by Sony and is completely unrelated to previous ‘Smurfs‘ franchise movies – ‘The Smurfs‘ (2011) and ‘Smurfs 2‘ (2013). Demi Levato voices Smurfette – the lead character who is accompanied by her friends on a journey of discovering a lost village.

The movie will release on March 30 and is forecasted to attract approximately 200K admissions in the UAE. 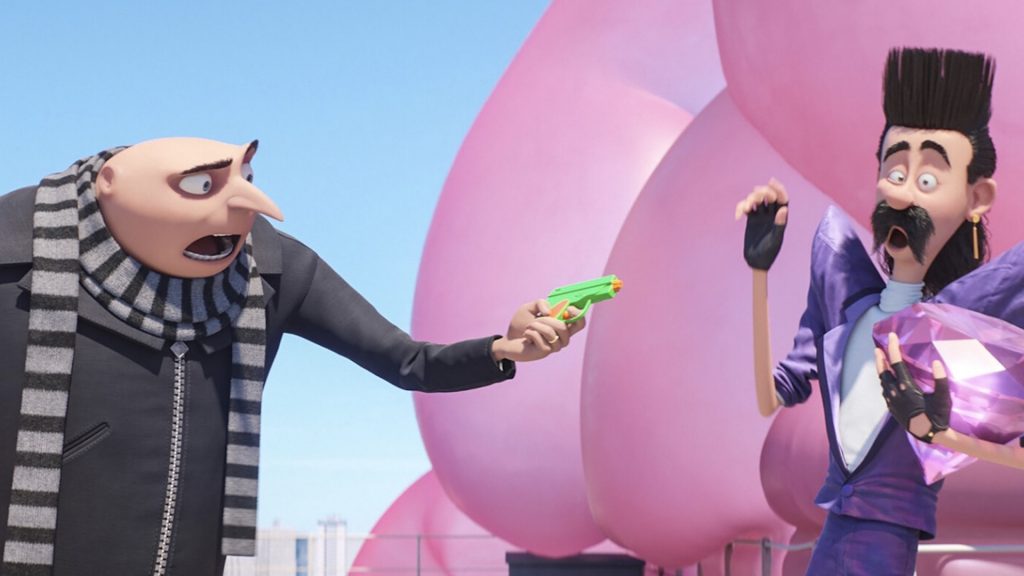 Steve Carell is back as the despicable villain Gru, tackling a rather stylish new villain alongside the adorable minions. The hilarious pop culture references with the adorable characters make this a franchise loved by both kids and adults alike. The third installment in the ‘Despicable Me‘ series is set to hit theatres across the UAE on June 29 and is forecasted to draw in an audience of approximately 210K in the UAE. 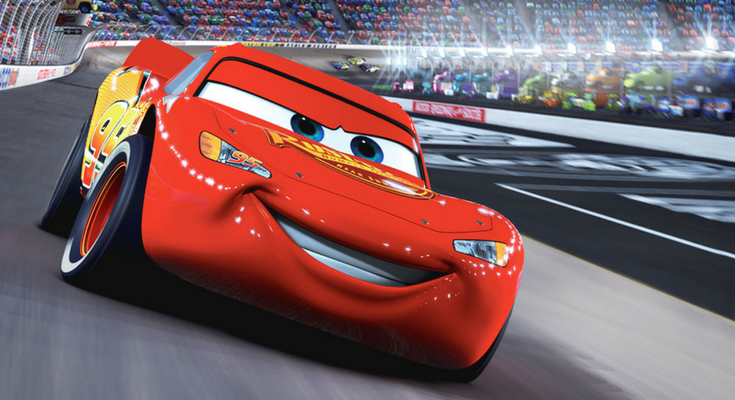 Lightning McQueen, our favorite animated racing car is back in the third installment of Disney and Pixar’s franchise ‘Cars‘. Owen Wilson reprises his role as the sassy speed racer who is now a veteran ready to train a new generation of cars.

The movie is set to release across cinemas in the UAE on June 15 and is forecasted to attract approximately 170K admissions. 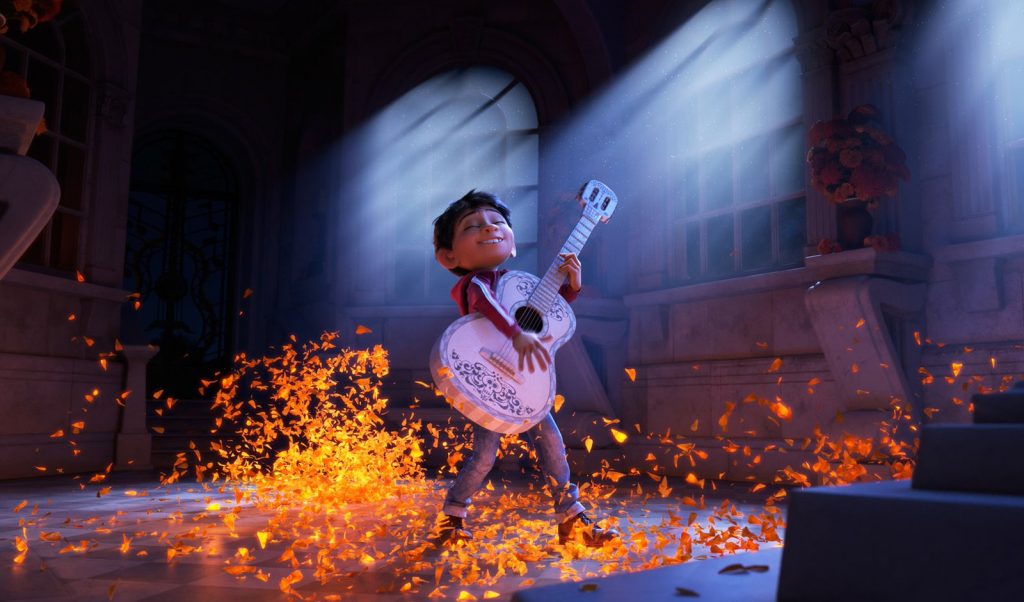 After the gorgeous artwork for Pixar’s Mexican adventure, we finally got a look at an actual scene from ‘Coco‘ – featuring Miguel and his beloved guitar, which is unsurprisingly nothing short of magical.

‘Coco‘ is scheduled to release across cinemas in the UAE on November 23 and is forecasted to bring in approximately 180K UAE admissions.

With the stage set for such an exciting line-up of animation movies – both young and old, audiences have much to look forward to this year. Don’t miss out on aligning your brand alongside these movies.