The Trailer for ‘DJ’ Creates a New Record in Tollywood 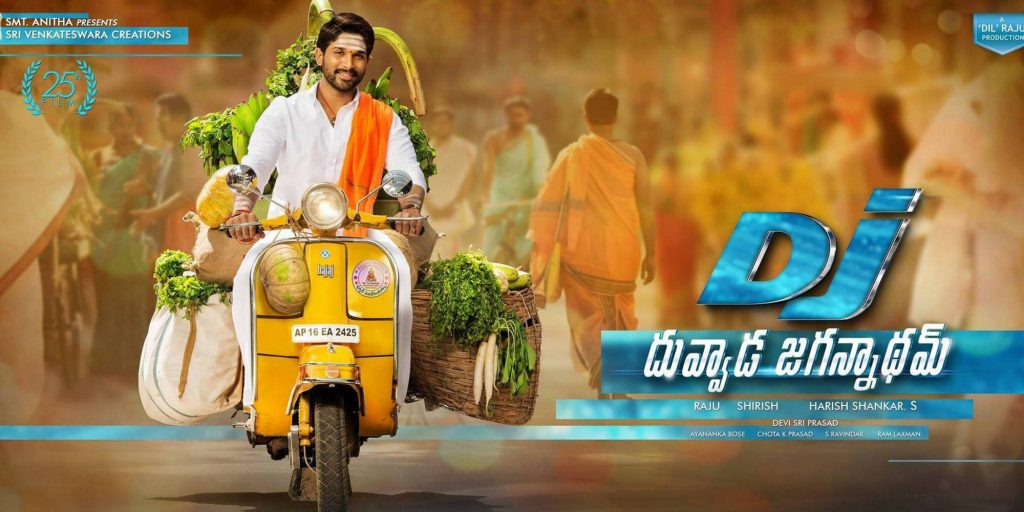 The trailer of Telugu superstar Allu Arjun’s much-anticipated film Duvvada Jagannadham aka DJ – which released on Monday June 5, has created a new record in the South Indian Film Industry – Tollywood.

Directed by Harish Shankar (Gabbar Singh and Ramayya Vasthavayya) and filmed at various locations across Abu Dhabi – including the Abu Dhabi Global Market and the Abu Dhabi National Exhibition Centre (Adnec), the romantic comedy features Allu Arjun and Pooja Hegde in lead roles and Rao Ramesh as the prime antagonist.

DJ has sparked a lot of expectations among the audience with its songs and promo videos. The trailer suggests that the film has all the elements to cater to the taste of Telugu movie lovers. Fans of Allu will get to see him in two different variations. One, a seemingly innocent Brahmin cook, draped in dhoti and a crisp white shirt, while in the later, the actor lives up to his onscreen title of ‘Stylish Star’ looking dapper in suits. DJ is about a Brahmin cook who falls in love with a modern girl and how the pair traverses the treacherous terrains of love. The film also promises to be an action-thriller.

The film has also set the Internet on fire. The promo video went viral amassing a combined 7.4 million views on YouTube and Facebook within 24 hours of its release. This is said to be a new record in terms of views for a South Indian film’s trailer that is only next to director SS Rajamouli’s Baahubali: The Conclusion record. Cumulative views of the Baahubali: The Conclusion trailer crossed 20 million views in 24 hours.

Quick fact – It has been reported that 120 members of crew and more than 40 dancers worked on DJ.

DJ, produced by Dil Raju, is scheduled for worldwide release on June 23. However, the exact date of release in the UAE is till to be confirmed.