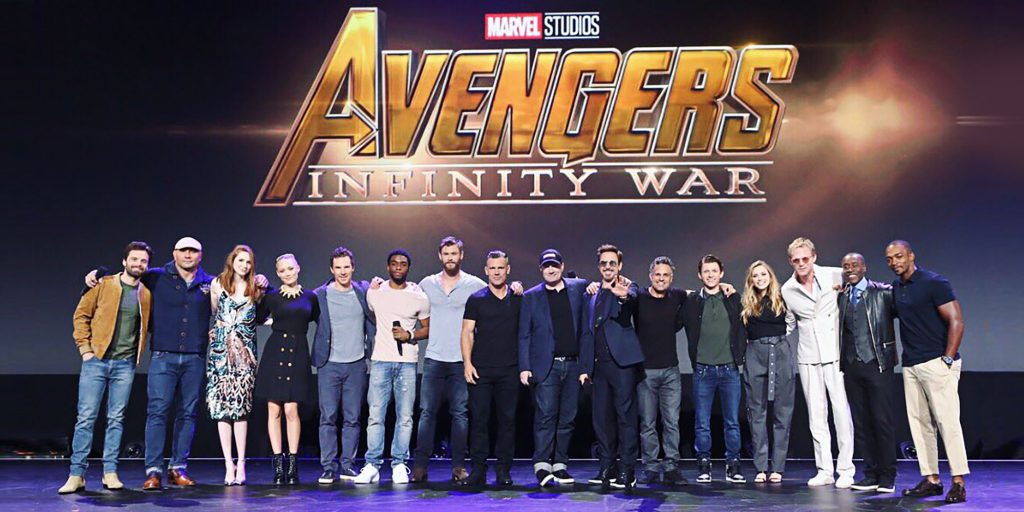 The Walt Disney Co. put the prowess of its big-screen brands on full display on Saturday 15th July at its D23 fan expo, offering early glimpses of highly anticipated projects such as A Wrinkle in Time, Mary Poppins Returns and a live-action version of The Lion King in addition to upcoming juggernauts in the universes of Marvel superheroes and Star Wars.

Taking the stage at the Anaheim Convention Centre, Walt Disney Studios Chairman Alan Horn reminded the crowd of 8,000 attendees of the studio’s recent successes, noting that the top five films of 2016 — Finding Dory, The Jungle Book, Star Wars: Rogue One, Zootopia and Captain America: Civil War — were all released by Disney, and that the top moneymaker of the year so far is the live-action version of Beauty and the Beast.

Hoping to keep that box office momentum going, the studio, along with an arsenal of A-listers including Oprah Winfrey, Mark Hamill and Robert Downey Jr., unveiled an impressive slate of future projects in the two-hour panel, reinforcing its current dominant position at the top of the Hollywood-studio heap.

Here are some highlights: 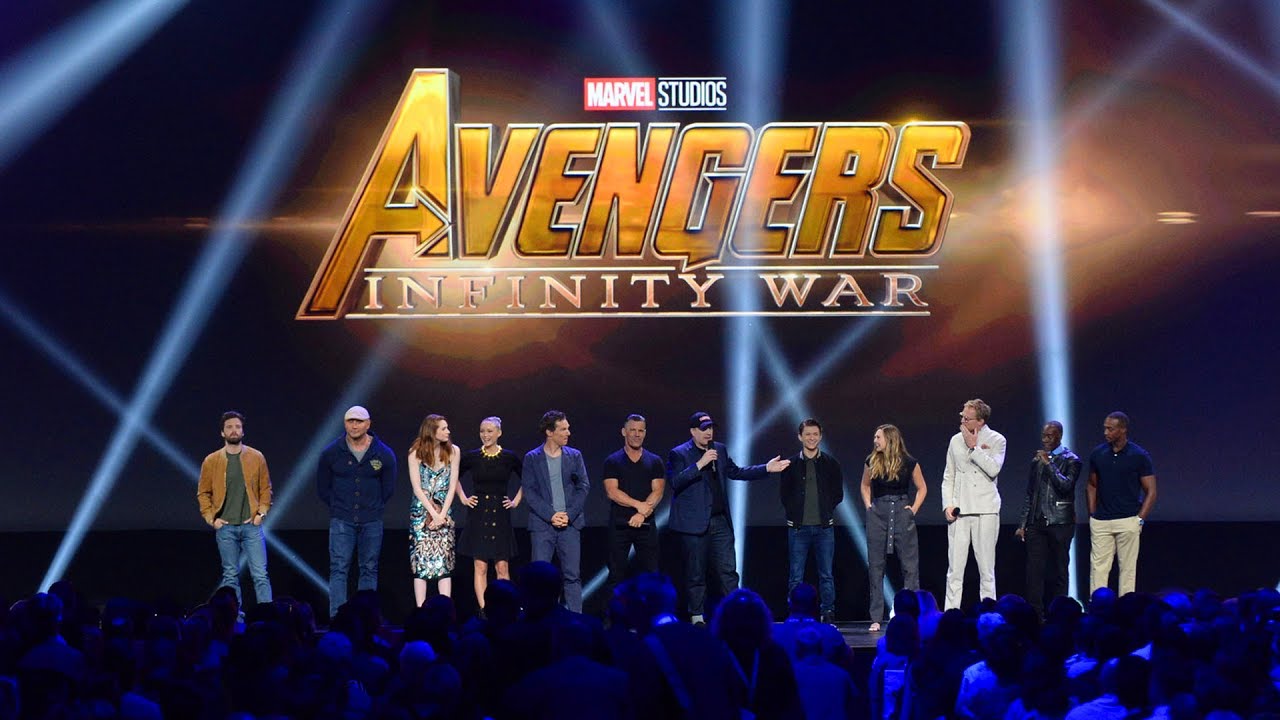 With Comic-Con less than a week away, Disney clearly wanted to reserve some of its Marvel Studios firepower — like the upcoming Black Panther and Captain Marvel films — for its major panel there. But Marvel Studios president Kevin Feige still went big, bringing out many of the stars of next summer’s massive Avengers: Infinity War — including Chris Hemsworth, Mark Ruffalo, Josh Brolin, Tom Holland, Chadwick Boseman and Downey — and debuting some footage from the film, which opens on May 4, 2018.

Preceded by an intro of greatest hits from the Marvel films of the past decade, all centred on the ongoing Infinity Stones storyline, the reel promised a Marvel mash-up on an unprecedented scale. The footage opened with Thor slamming into the windshield of the Guardians of the Galaxy’s ship. “Who the hell are you guys?” asks the Norse god, who looks like he’s been badly roughed up.

Moving to Earth, the footage showed a number of the other Avengers bracing for an impending attack from Brolin’s supervillain Thanos. “We have one advantage — he’s coming to us,” says Tony Stark, aka Iron Man. Thanos emerges out of some kind of black hole, looking suitably fearsome, and a quick-cut montage of action scenes ensues featuring Spider-Man, Black Widow, Captain America and others.

Thanos’ cosmic henchmen, The Black Order, have also been confirmed for the new film as four statues were unveiled on the convention floor showing Black Order members Corvus Glaive, Proxima Midnight, Ebony Maw, and Cull Obsidian (known as Black Dwarf in the comics).

Asked by Feige what his experience was like working on the film, Brolin had just one word: “Powerful.”

The Star Wars universe experienced some unexpected turbulence with the recent news that directors Chris Miller and Phil Lord had been dropped from a stand-alone young-Han Solo film due to “creative differences.” But Horn tried to assure the crowd that all was well with the project, which is now under the direction of Ron Howard. “We’re very, very excited about the film,” he said. “The cast is wonderful.”

But not surprisingly, it was the next instalment in the main Skywalker saga, Star Wars: The Last Jedi — which opens in December — that received the lion’s share of attention at the panel. Writer-director Rian Johnson brought out many of the film’s stars, including Daisy Ridley, John Boyega, Gwendoline Christie, Laura Dern, Benicio Del Toro and Hamill. Not surprisingly, the proceedings stayed far away from even the faintest whiff of a plot spoiler but Johnson offered fans a behind-the-scenes video to whet their appetites for the film, much as director J.J. Abrams had with Star Wars: The Force Awakens.

Check out the new behind the scenes footage below:

‘A Wrinkle in Time’ 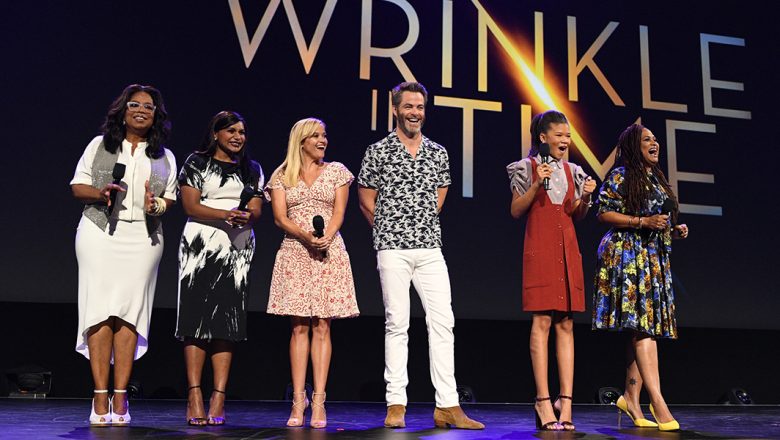 Disney debuted the first trailer for its adaptation of Madeleine L’Engle’s classic sci-fi novel, promising a blend of coming-of-age tale and a cosmic adventure — or as director Ava DuVernay described it, “a family story wrapped in an epic adventure where you see worlds you’ve never seen before.”

Winfrey, who plays the wise, mysterious Mrs. Which, said she had never read the book before being approached by DuVernay about the role. “But when Ava mentioned it to me and told me it was a character who is one of the wisest women in the universe and is an angelic celestial being who is going to get to wear amazing costumes and get to work with Reese and Mindy as part of the Mrs. team — who wouldn’t say yes to that?” 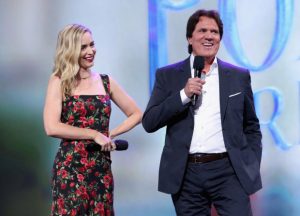 Tinkering with a hallowed classic can be treacherous business, but Disney, emboldened by its success mining its catalogue, is developing a sequel to 1964’s Mary Poppins for release in December 2018.

Director Rob Marshall (Chicago) said the musical will draw from other Poppins books written by P.L. Travers, and will be set 25 years after the original film in Depression-era London, with the Banks children now adults.

Emily Blunt, who will play the practically-perfect-in-every-way nanny, acknowledged that stepping into the shoes of Julie Andrews, who won an Oscar for her portrayal, is daunting, but suggested that her interpretation of Poppins won’t be all spoonfuls of sugar.

“No one is ever going to out-Julie Julie Andrews, so I just had to do my version of her,” said the actress, who shares the screen with a star-studded cast including Lin-Manuel Miranda, Colin Firth and Meryl Streep. “I think we were very loyal to the books. I think she is a little more acerbic and odd and vain and weird in the books. So we went that direction a little more.” 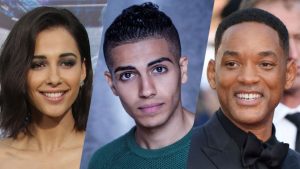 Coming on the heels of successful live-action adaptations of animated classics Cinderella and Beauty and the Beast, Disney is set to retrofit its 1992 hit Aladdin in similar fashion, with Sherlock Holmes director Guy Ritchie at the helm.

The project — which will combine plot points from the animated version with elements from the One Thousand and One Arabian Nights folk tales — was recently dogged by reports of a drawn-out search for an actor to play Aladdin. But studio production chief Sean Bailey announced that Mena Massoud had been cast in the title role, with Naomi Scott playing Princess Jasmine and Will Smith taking on the Genie. 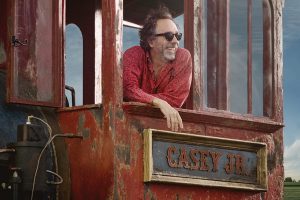 Disney confirmed that a long-discussed take on Dumbo is in the works from director Tim Burton, who directed the studio’s 2010 mega-hit Alice in Wonderland. With the film slated to fly into theatres in 2019, production is underway in London with a cast that includes Colin Farrell, Eva Green, Danny DeVito and Michael Keaton. Dumbo himself will be CG-animated, but Bailey brought out a model of the big-eared, big-hearted pachyderm, which he deemed “impossibly adorable.”

At the last D23 in 2015, director Jon Favreau debuted footage from his live-action version of The Jungle Book. This year he was back to do the same with The Lion King, wowing the crowd with a clip that showed photo-realistic animals on the African savannah gathering at Pride Rock to see the baby lion Simba, set to the strains of The Circle of Life. The film will hit theatres on July 19, 2019.