‘Jab Harry Met Sejal’ to Release in UAE Ahead of India 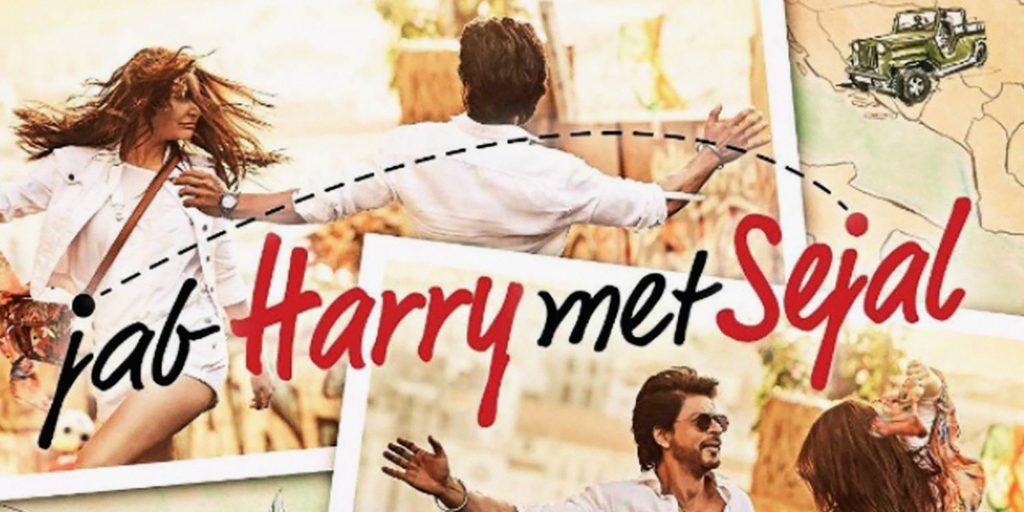 Jab Harry Met Sejal – featuring Shah Rukh Khan and Anushka Sharma, will release in UAE and Gulf countries on Thursday August 3, ahead of its release across Indian cinemas on August 4. Shah Rukh, who enjoys a massive fan following in the Middle East, took to Twitter to announce the news. “Enjoy Jab Harry Met Sejal in theatres in UAE-GCC, 3rd August onwards!” wrote the 51-year-old star, alongside the poster of the film. Shah Rukh also released his last outing, Raees, in Egypt and Jordan, on February 22.

Imtiaz Ali, the director of Jab Harry Met Sejal, is known for taking his viewers to exotic locations, with a keen sense of camera work – previous work include Jab We Met, Love Aaj Kal, Rockstar and Tamasha. Jab Harry Met Sejal is shot in locations such as Prague, Amsterdam, Vienna, Lisbon and Budapest and will be the first film where we witness the collaboration of Shah Rukh Khan and Imtiaz Ali. This film will also be the third time Shah Rukh Khan and Anushka Sharma will be starring alongside each other. Anushka Sharma debuted with Shah Rukh Khan in Rab Ne Bana Di Jodi and also worked with him and Katrina Kaif in Jab Tak Hai Jaan – which was the last directorial project of legendary Bollywood director Yash Johar, father of Karan Johar. 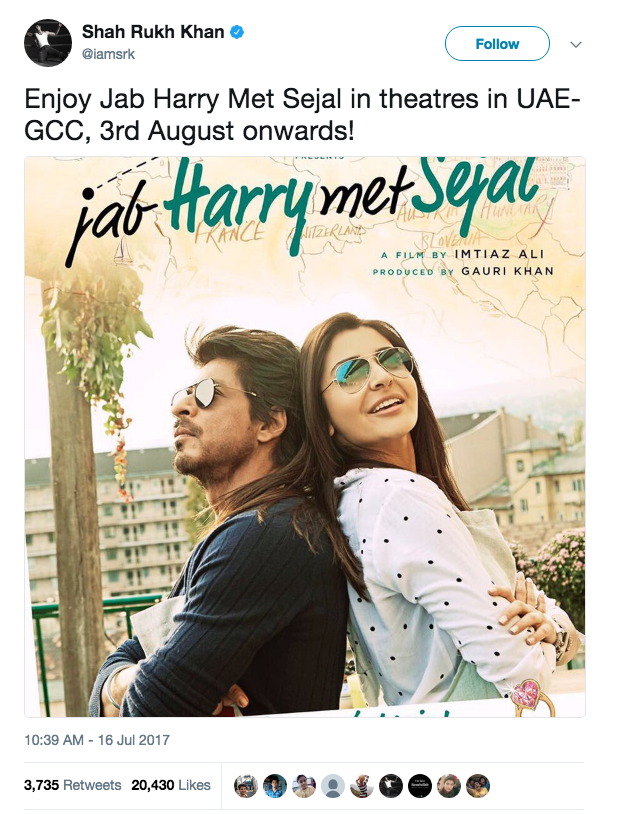 Storyline: The story revolves around Harry and Sejal’s journey across Europe. A search for Sejal’s engagement ring makes Harry understand love and relationships better. Sejal experiences new found freedom, security and solace in Harry’ s company and in between all of this – there is love, life, lies, thrill, fantasy and the search for the voice within.

Watch the official theatrical trailer below:

Don’t miss out on aligning your brand alongside this Mega Bollywood blockbuster starring Shah Rukh Khan. Contact a member of our sales team for more information.