As part of Majid Al Futtaim cinemas investment of AED 1.2 billion ($330 million) through a series of acquisitions, organic expansions and a commitment to customer experience, VOX Cinemas – leading cinema chain in the Middle East, is expected to launch at The Avenues mall in Kuwait in March 2018.

VOX Cinemas – The Avenues in Kuwait, will house 17 screens with an approximate seating capacity of 1679, and will include 2 MAX screens, 4 Theatre by Rhodes screens, 2 Kids screens and a new VOX experience for teens.

The Avenues is the biggest mall in Kuwait with a footfall of 52 million in 2015, and is a prominent site for Saudi nationals. The mall presently has a cinema managed and operated by Cinescape Cinemas with 8 screens (including VIP and Dolby Atmos screens). 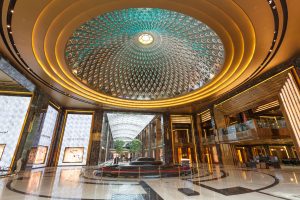