The Latest Must Watch Trailers! 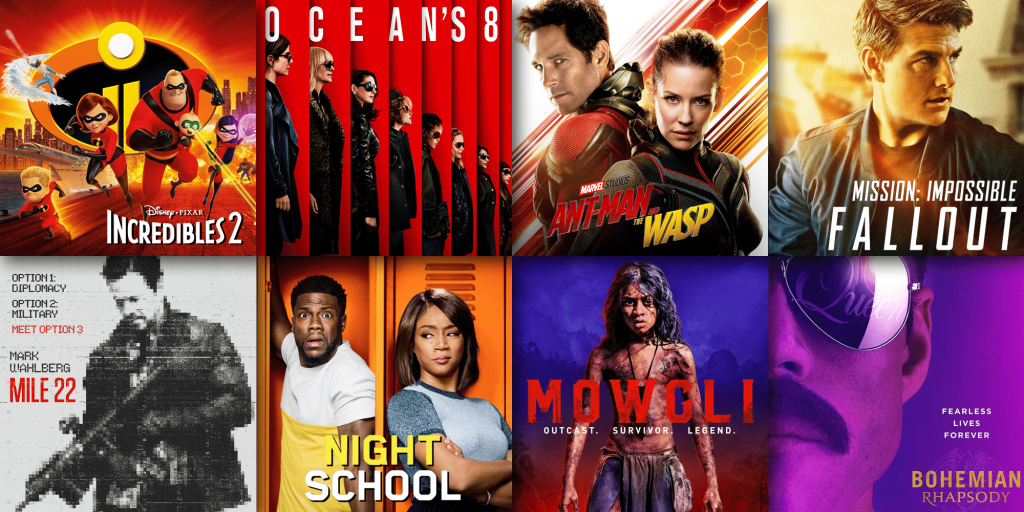 Get excited! A bunch of new trailers have dropped and here’s a look into what to expect over the months ahead:

The sequel we’ve all been waiting for has released a new trailer with more of the adorable Jac-Jack and his superpowers.

Feast your eyes upon the latest trailer of the female-led reboot starring: Sandra Bullock, Cate Blanchett, Rihanna and Anne Hathaway.

Ant-Man and the Wasp

Marvel has released a new clip from the upcoming Ant-Man and the Wasp blockbuster – giving us a great look at the movie’s ensemble cast and its mysterious villain.

The movie is scheduled to release on 5th July 2018.

Watch Tom Cruise perform his most dangerous stunt yet in this sequel. Fallout will be the sixth entry in the Mission: Impossible franchise, and like 2015’s Rogue Nation it is directed by Christopher McQuarrie.

The movie is scheduled to release on 30th August 2018.

Kevin Hart is heading back to school in the new Night School trailer. This comedy follows a group of misfits who are forced to attend adult classes in the longshot chance they’ll pass the GED exam.

The movie is scheduled to release on 27th September 2018.

There are few stories as lasting as The Jungle Book – the tale of a boy raised by wolves, that have been adapted to multiple formats. Mowgli is a dark adaptation of The Jungle Book directed by Andy Serkis, and features a lot of famous voices which include Christian Bale, Cate Blanchett, and Benedict Cumberbatch.

The movie is scheduled to release on 18th October 2018.

This is our first look at Bohemian Rhapsody – the long-in-the-works biopic of Freddie Mercury, starring Rami Malek (as Queen), Mike Myers and Joseph Mazzallo.

The movie is scheduled to release on 1st November 2018.

Don’t miss out on advertising your brand alongside these movies!