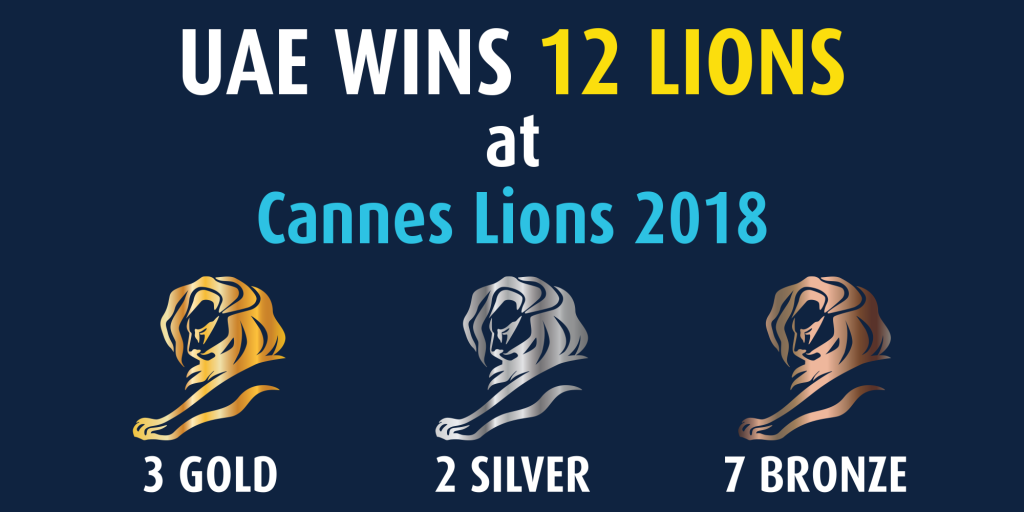 The Cannes Lions International Festival of Creativity – the largest gathering of worldwide advertising professionals, designers, digital innovators and marketers, drew to a close on 22nd June 2018 in Cannes, France. 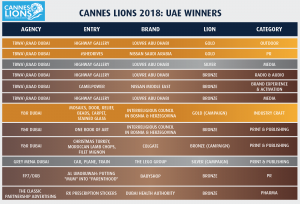 “There’s something deeply satisfying about our wins at Cannes. “The wins confirm that what we have been doing for the past few years has been right. We have transformed ourselves into an agency of the future whilst simultaneously gathering new business, winning the highest industry accolades, and cultivating a creative culture that’s capable of consistently producing exceptional work.

It’s a huge achievement. An achievement that could not have been possible without the bravery and belief of our clients and team, and without the contribution of our partners at OMD, phd, Google and Facebook. These wins are an affirmation that data-driven creativity works. And that a team that believes passionately in what it’s doing can achieve almost anything.”

This year, 413 jury members were chosen to award and celebrate the best creative work from around the world.

This year’s juries were composed of individuals from 50 countries – with first-time representatives from Georgia, Nigeria, Kenya and Sri Lanka. Continuing the drive for a more diverse mix within the jury room, this year included 46% female jury members, as well as a wide mix of creative agencies, brands, media owners and production companies. 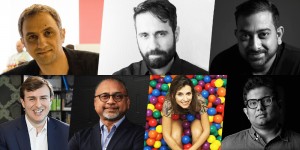 Awards Jury from the UAE:

Speaking to Gulf News on his experience as an Awards Jury member at Cannes Lions 2018, Alok Gadkar from The Classic Partnership Advertising said:

“It was my first time for Cannes. It was an honor as much as it was a privilege.

No matter how prepared you are for it, you are never quite prepared. The excitement, the anticipation, the experience, they were unlike anything I had ever experienced before and I would classify this as an experience of a lifetime.

I was selected to judge  in the Health & Wellness category and it had about 1462 entries waiting to be tried. That was about going through an average of 200 entries daily. What is really interesting in this category is, the work encompasses multiple disciplines ranging from social films, long format films, product innovation, radio, print, direct, media to all there is in the industry.

Our day typically begins at sharp 9 every morning and continues for at least 12 hours. On the final day of judging where the colour of the award had to be determined, the envelope was pushed and we finished at 2.30am the following day.

The seven Young Lions competitions (Film, Digital, Design, PR, Print, Marketers and Media) let the next generation of creative superstars demonstrate their creativity on a global stage. Taking place live in Cannes, the competitions are judged by members of the Cannes Lions Jury, and is the perfect opportunity to put young talent in the spotlight.

This year, Gaurav Maitreya and Sumer Kotwal (who entered as a freelance team) represented the UAE within the Digital category, and competed against 44 teams from around the world.

“Cannes was a life-changing experience. That’s what I knew I’d say before I attended. But, it was so much more and less. More because rubbing shoulders with the world’s best for an entire week helped me set a new bar. Less because the industry seems to be in flux with budgets shrinking, mediocre content and no clear direction forward. But, no matter what, it holds a special place in advertising for a reason – winning a lion is still the pinnacle in the advertising industry.

The competition was spectacular. Competing with the best creatives from around the world was a rush I could only compare to the first time I ate sugar. The standard was high, but we felt we were right up there with them. It’s really anyone’s game.”

The Roger Hatchuel Academy – which runs parallel to the Cannes Lions Festival, trains the Lion winners of tomorrow with intensive mentorship from industry thought-leaders, marketing luminaries and the world’s most celebrated creatives.

Students follow a programme tailored to the current industry landscape, one which combines classroom sessions and a selection of official Festival content.

This year, Lina Ibrahim – a third year student of the American University in Dubai (AUD) who is currently pursuing a Bachelor’s degree of Fine Arts in Visual Communication (majoring in Advertising), was selected to represent the UAE at the prestigious Academy. 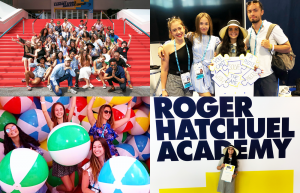 Speaking on her experience at the Roger Hatchuel Academy 2018, Lina Ibrahim said:

“This opportunity allowed me to meet anyone and everyone. Students, professionals, leaders and even celebrities. Every conversation I had and every talk I attended gave me new insights and increased my knowledge and understanding of the industry. The workshops I did alongside other students helped me better my skills. I learned how to be a better leader, communicator, and learned to become more open minded and diverse. This allowed me to become more confident in myself and my skills, which made me not only realize that my work is in fact remarkable, but also helped me fight for what I’m passionate about.

One of the most memorable workshops was a 48-hour brief which was presented to the jurors of Cannes Lions. This was the highlight of my trip as they told my group that our idea was clever and that they would like to see it come to life for next year’s festival as we were labeled the future creatives of the industry! Another bit of the trip that blew me away was the future technological innovations that were introduced to us by Google and other companies. Despite the fact that I was on a whole different continent, I was astounded to realize what a small world it really is. As even in France, I met mutual friends of mine and my family. I’m also glad that I made new friends and that we’ve grown so close together in such a short period of time. We already consider each other family and it was emotional leaving each other behind.

It’s safe to say that the Roger Hatchuel Academy was quite literally the best experience of my life and for that, I would like to thank Motive Val Morgan for the opportunity. I would also like to thank Maksimilian Kallhed and Abraham Abbi Asefaw for organizing the Roger Hatchuel Academy. It’s because of them that I am even more informed and passionate about advertising. I definitely recommend that everyone in the industry should visit Cannes Lions at some point in their lives. It is an unforgettable and seamless experience where you come out as a better and more improved version of yourself.”

As part of the Cannes Lions Festival, the ‘See It Be It’ programme is an initiative that aims to create a platform for women who face diversity challenges in the industry and enables them to become the drivers for change in their respective regions and throughout the industry by providing access to high-profile leaders, executive coaching and mentoring opportunities with senior figures from across the industry. 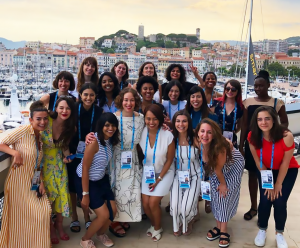 Prajakta More – Conceptual Creative from Geometry Global Dubai, represented the UAE at this year’s programme, and she’s written a comprehensive article on her experience which can be accessed here.

As the official UAE representatives of the Cannes Lions International Festival of Creativity, Motivate and Motivate Val Morgan would like to congratulate all winning agencies in the UAE, and wish those who represented the country at this year’s Festival a job well done!
Sources: Cannes Lions and Gulf News