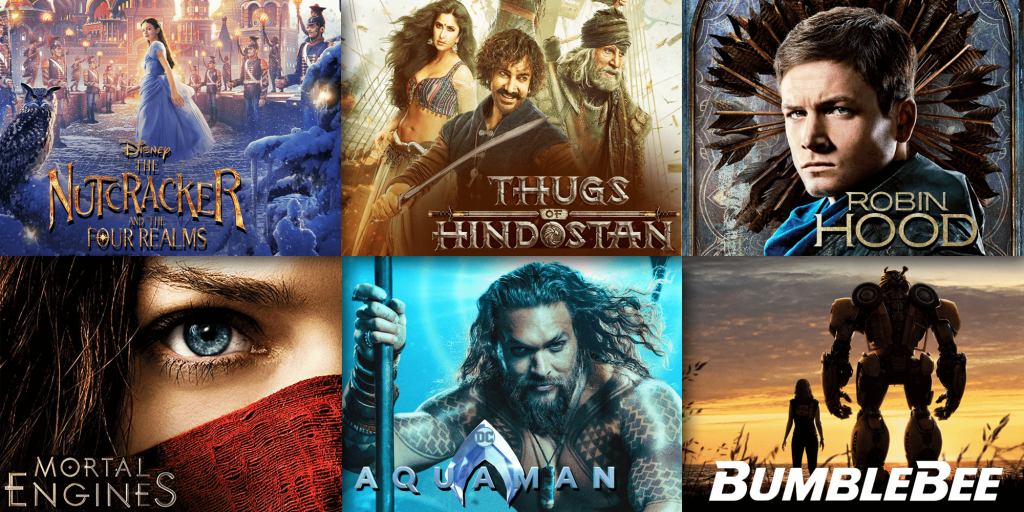 Some audiences are harder to reach than others through traditional media. Cinema however delivers premium first-run content within a captive environment to an attentive audience of varying demographics. And with an exciting and diverse line-up of movies set to release over the months of November and December 2018 – just in time for the dawn of the new year, there’s never been a better time for advertisers to turn audiences into consumers.

Fun Fact – Rami Malek got to meet Freddy Mercury’s sister while in costume. When she saw him, she said: “That’s my Freddy.” She initially laughed, but later cried on an emotional note.

Girl in the Spider’s Web

Fun Fact – It is based on the novel of the same name by David Lagercrantz, and continues on the “Millenium”-series created by Stieg Larsson, who passed away in 2004.

Fun Fact – This was Benedict Cumberbatch’s second animated film. His first was Penguins of Madagascar (2014), four years prior.

Fun Fact – One of the filming locations for the film was a decommissioned branch-line of the heritage train line and popular tourist attraction, the Bluebell Railway, in West Sussex, England.

Nutcracker and the Four Realms

Fun Fact – The Nutcracker and the Four Realms marks the 298th time Keira has portrayed a character in a period piece.

Fun Fact: This will be the first time that Aamir Khan and Amitabh Bachchan will be seen in a film together.

Fun Fact – Newt Scamander carries a wand, practices magic, and works for the Ministry of Magic even though he was expelled from Hogwarts, which puzzled several fans online especially since Hagrid wasn’t afforded those liberties. J.K. Rowling explained that the reason for this will be revealed throughout the series.

Fun Fact: The ancient techniques of speed shooting from the draw hand and the double draw are used by Robin Hood in this movie.

Fun Fact: The logo for the movie was made to resemble an app icon, while the “Wreck-It Ralph 2” banner resembles a notification/update.

*the movie will release in 15 languages (worldwide)

Fun Fact: This will be director Christian Rivers’ first full feature film as a director (He previously directed a short and a section of an anthology).

Fun Facts: According to Amber Heard, the underwater filming required cast members to be hosed down, and then shooting took place on a cold soundstage. Additionally, The Fishermen tribe were created through a combination of make-up (for the top half, the upper torso) and computer-generated imagery (for the bottom half, the tails).

Fun Fact: Shah Rukh offered Sridevi a cameo role in this film, so that he can share screen with her for 2nd time in his career. Since her death, this will be Sridevi’s last appearance in films.

Fun Fact: The sequel will be released 54 years after Mary Poppins (1964), setting a new record as the longest gap between a live-action film and its sequel in history.

Don’t miss on advertising your brand alongside these blockbusters – guaranteed to usher in large audiences.

Contact a member of our sales team to book your campaign today!