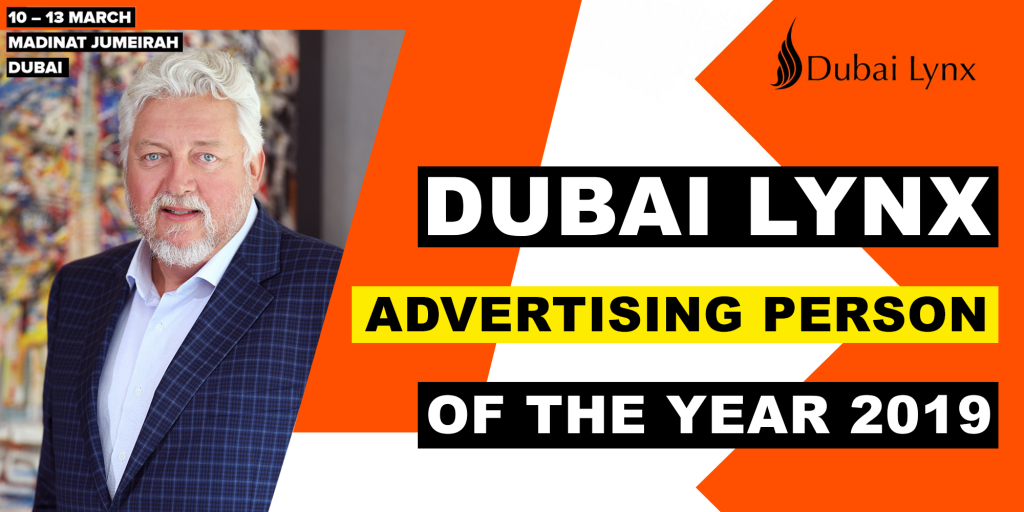 One of the Festival’s most prestigious awards, the Dubai Lynx Advertising Person of the Year is selected in collaboration with the IAA UAE who were responsible for nominating Ian Fairservice. It honours an individual who has made significant contributions to advancing the reputation and profile of the communications industry in the MENA region.

Hani Ghorayeb, President, IAA UAE, commented “Ian is a true character of the UAE media industry. His contribution to the development of publishing in this country is nothing less than history-making and his long service to the IAA and particularly to the UAE chapter, has left a legacy that will be appreciated for years to come. It is fitting and fully deserved for Ian to be acknowledged in Motivate’s 40th anniversary year. The IAA wish him every thanks and many congratulations.”

Philip Thomas, Chairman of Cannes Lions and Dubai Lynx, added, “For the past 40 years, Ian has made an outstanding commitment to the communications industry here in MENA and to developing creativity across the region. We’re delighted to honour him with this award.”

Fairservice founded Motivate in 1979 with the launch of What’s On, the UAE’s first English language magazine. With a wide range of award-winning publications, crossing diverse media interests in digital, content, events and cinema, Motivate’s established consumer and trade brands reach an audience of over two million people each month. Motivate’s book division was established in 1986 and has more than 250 titles in print. Together with his partner, Obaid Humaid Al Tayer, who is now the UAE Minister of State for Finance, Fairservice has grown Motivate into one of the most successful media groups in the region.

During the past year, Fairservice has diversified the group’s interests to include joint ventures with global content and influencer marketing platform VAMP from Australia, Malaysian based World Expo pavilion design company Zakti, Social listening and research specialists MavenMagnet from the US and acclaimed British documentary film makers Lorton Entertainment.

Commenting on the announcement, Ian Fairservice, added: “It is hugely exciting to be recognised in this way, particularly as Motivate is celebrating its 40th anniversary this year. None of our success could have been possible without the support of a great team behind me and in particular the encouragement of my partner, HE Obaid Humaid Al Tayer.”

One of the first members of the International Advertising Association (IAA) – UAE Chapter, Fairservice spent more than 20 years on the board including four years as treasurer, four years as vice president, and five years as president. He also served on the association’s World Board. In addition to his business responsibilities, Fairservice is the vice chairman of the board of governors of the Al Noor Training Centre for Children with Special Needs.

The presentation of the 2019 Dubai Lynx Advertising Person of the Year Award will take place during the Dubai Lynx Awards Ceremony at the Madinat Arena, Madinat Jumeirah  on Wednesday 13 March 2019.