Avengers: Endgame Sets a New Benchmark in the World of Cinema 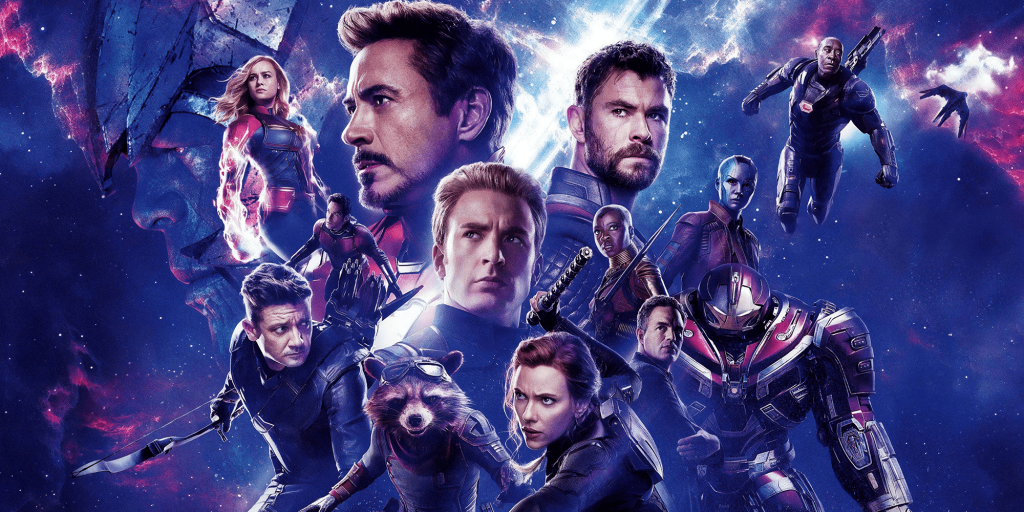 Avengers: Endgame marks the culmination of what is arguably Hollywood’s greatest ever storyline, one which began with the release of Iron Man more than a decade ago and has captured the imagination of a generation ever since. This blockbuster has broken several records in the past few months which include – the highest-grossing worldwide opening weekend, highest admissions in the UAE, highest trailer views within 24 hours and the longest runtime in the Marvel Cinematic Universe (MCU).

The unprecedented anticipation surrounding this film has led to exceptional box office numbers.

As announced by Disney, Avengers: Endgame pulled in an estimated $1.2 billion in worldwide box office in its opening weekend –  effortlessly smashing the record of $640.5 million done by Avengers: Infinity War which released last year. The figure makes this star-studded movie the first film in history to surpass $1 billion in ticket sales in its debut weekend – creating a new benchmark in the world of cinema.

With over 485k admissions, Avengers: Endgame broke records in the UAE for having the highest admissions in the first four days since its release (Wednesday 24th April – Saturday 27th April 2019), beating the record held by The Fate of the Furious (2017) by 39%.

Last year, Avengers: Infinity War ran for a total of 23 weeks in the UAE and did over 730,00 admissions, making it the No. 1 movie in UAE’s ‘Top 10 Movies of 2017’. Avengers: Endgame is most likely to garner a larger lifetime admission figure of close to 750k admissions in the UAE.

As per Gulf News, a Disney source confirmed that Avengers: Endgame released across 300 screens and has collected Dh26.4 million since its opening day. A well-placed UAE cinema source also stated that the 22nd film in the Marvel Cinematic Universe recorded well over 500k admissions across the first five days of its screening, becoming the biggest film to ever release in the country.

VOX Cinemas has also confirmed Endgame’s record run since its opening. As per a spokesperson from VOX, “Avengers: Endgame broke our record for advance ticket sales, more than doubling the number of tickets sold in our previous record for the film Baahubali 2. The movie contributed [towards] 80 per cent of the three-day weekend box office and the highest recorded admissions across VOX Cinemas on 26th April 2019.”

Reel Cinemas reported a ‘record-shattering’ opening weekend with the release of Avengers: Endgame, adding that it had doubled its box-office results over its prequal – which took six days to reach the same collection.

VOX Cinemas and Reel Cinemas, together with other cinema exhibitors across the Middle East – such as AMC Cinemas (KSA), screened the movie throughout the day (on a 24-hour basis) during the opening weekend to match the demand of ticket sales.

In addition to Dubai and Abu Dhabi, VOX Cinemas also confirmed that the film broke records in Muscat (Oman) and Kuwait.

According to Disney, the first official trailer of Avengers: Endgame – released on December 7th 2018, is the most viewed trailer across 24 hours in movie history with over 289 million views (tabulated across multiple platforms – YouTube, Facebook and Twitter). This anticipated trailer surpassed previous records set by Avengers: Infinity War of 230 million views and The Lion King teaser which racked up 224.6 million views. 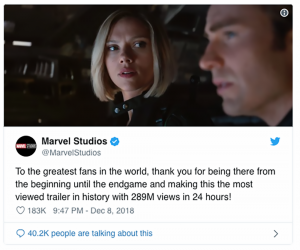 Longest Runtime in the MCU

While most MCU movies are over two hours long, Avengers: Endgame is the first installment to cross the three-hours threshold with a runtime of 3 hours and 2 minutes – 22 minutes longer than Avengers: Infinity War.

In 2018, not only did Avengers: Infinity War top the worldwide box office, but it was also the only movie to hit more than the $2 Billion mark in worldwide box office revenue of 2018 – making it the fourth highest grossing movie of all time after Avatar (2009), Titanic (1997) and Star Wars: The Force Awakens (2015). Avengers: Endgame is forecasted to be an even bigger hit than its prequel, and moreover, it has a chance of becoming the highest-grossing film of all time – on pace to dethrone Avatar.

Avengers: Endgame is expected to gather momentum as one of the most successful movies in history with fans already booking to watch the movie for the second time round.