Cinema to Outpace Internet Advertising in 2020 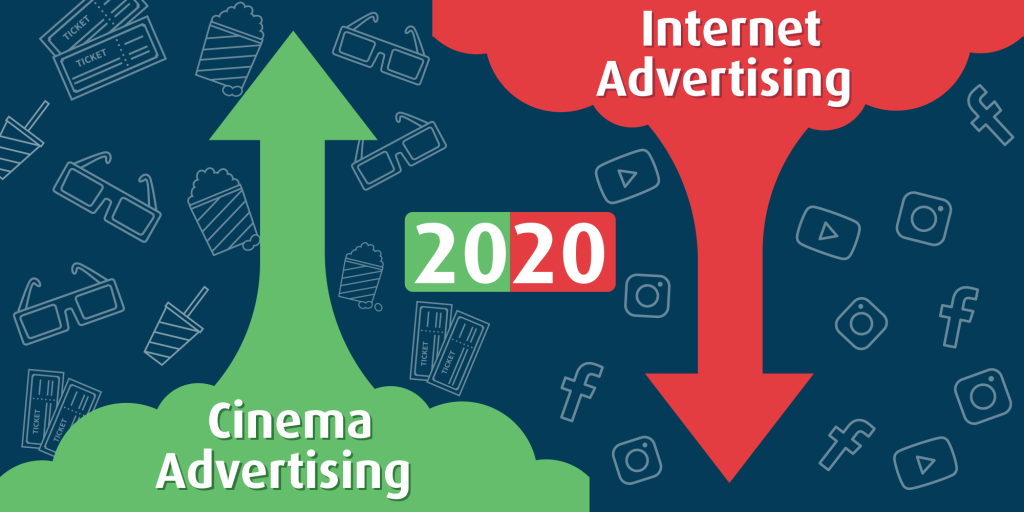 The following article was published in The Guardian.

The internet is about to lose its mantle as the fastest-growing sector of the global advertising market for the first time in two decades, as brands seeking risk-free space to spend their ad budgets turn to traditional media such as cinema, billboards and poster sites.

Next year the global internet advertising market, which is dominated by Google and Facebook, will surrender its position as the fastest-growing ad medium for the first time since the early days of the dotcom boom and bust at the turn of the century.

Internet advertising is forecast to grow by 10% globally next year, the lowest level since 2001, according to research by the global media agency group Zenith. The shrinking growth rate means that cinema advertising – forecasted to surge more than 12% next year, will become the fastest-growing ad medium. 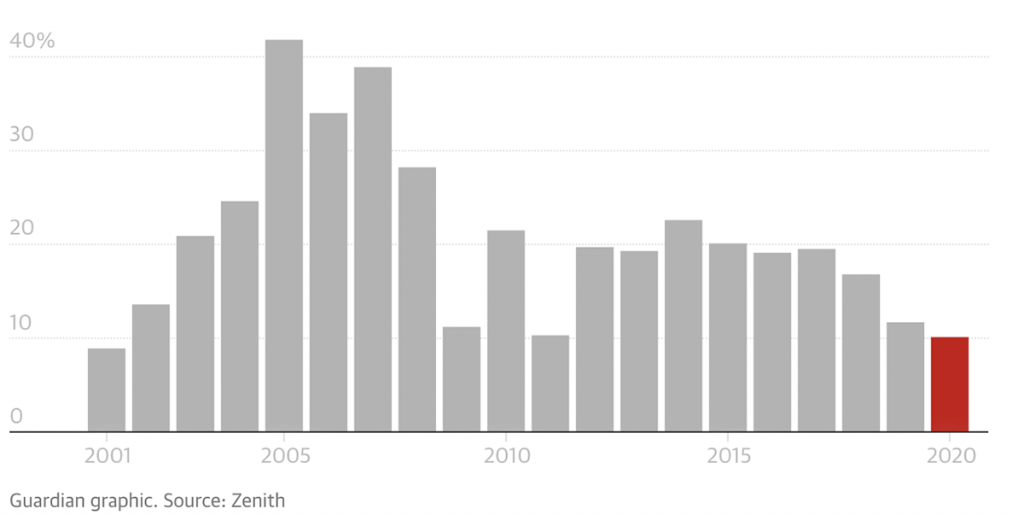 Major companies have expressed their concerns over digital scandals – such as Cambridge Analytica, “fake news” and ads appearing next to inappropriate YouTube videos such as extremist material – putting pressure on internet platforms.

The movie industry is experiencing a golden age, with UK attendance last year hitting its highest level since 1970 and global box office records being smashed, and advertisers are looking to cash in.

Investment in technology, from the special effects used in blockbuster movies to the plush experience of cinemas sporting leather reclining seats, sofas and restaurant menus, has fuelled a renaissance despite the proliferation of streaming services such as Netflix.

“From Wonder Woman to the Avengers, Black Panther or The Favourite you have such as diverse range of films with a captive audience that advertisers know they can get a specific message to,” said Tim Richards, the founder and chief executive of the international cinema chain Vue.

“What we are also seeing is that companies are getting tired of bombarding the internet with messages when they can’t be sure who is seeing them. Audiences have a higher level of trust and confidence on what they see on the big screen than something that may have been thrown at them on the internet.”

While the growth rate of internet advertising was always eventually going to slow with scale – in 2020 it will account for half of the $650bn (£520bn) spent on advertising globally – there are signs of a wider shift in the market. This month, the British competition watchdog launched a probe into the £13bn UK digital ad market.

The outdoor advertising sector – which includes billboards, the sides of buses and railway stations – is also expected to grow at a healthy 5% globally in 2020, bucking a downturn in ad spending on other media including newspapers and TV.

“But you also can’t ignore the issue of brand safety. Given the well-publicised issues faced by some of the digital giants outdoor advertising has a great pitch to advertisers about being a trusted haven for brands.”

Zenith’s report says that while much of the growth in internet advertising comes from small, local businesses that spend all their budgets on platforms such as Google and Facebook, the majority of big brands still prefer to spend most of their advertising money on traditional media.