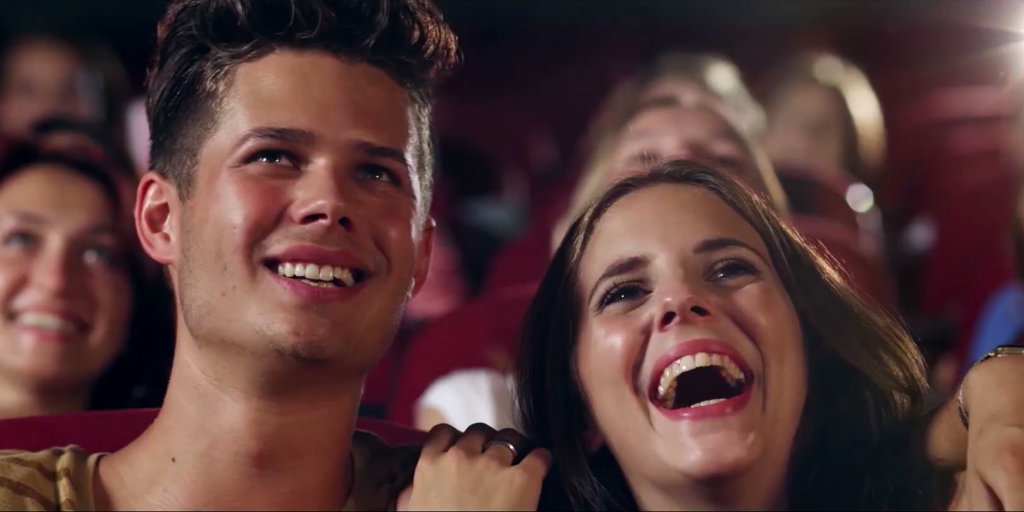 A powerful three-minute video and multiple social media campaigns featuring vignettes from some of the world’s most iconic names in the advertising, film and humanitarian worlds launched on October 25th, 2021, aimed at raising awareness for the unparalleled power and effectiveness of Cinema. SAWA – the Global Cinema Advertising Association, and its members around the globe will utilize cinema, the trade press and social media platforms (Facebook, Twitter, Instagram, LinkedIn and YouTube), to reach marketers, moviegoers and creative/media agencies.

The #HelloBigScreen Ad Legends campaign is a first for SAWA and the global cinema medium, and was created to support a medium that has showed its unswerving resilience over many decades – to be able to adapt and survive pretty much anything including the 1918 Pandemic as well as the current one. The campaign will launch featuring these Ad legends sharing their thoughts on the importance of cinema by offering their endorsement to the ultimate creative expression in advertising – the ‘Cinema Medium’.

Sir John Hegarty, world-renowned creator of legendary ad campaigns for Levi’s, Lego, and Audi, among other. John has been given the D&AD President’s Award for outstanding achievement and in 2014 was admitted to the US AAF Hall of Fame, awarded a Knighthood by the Queen in 2007 and recipient of the Lion of St. Mark, Cannes Lions.

Mark Ritson, a leading global advertising guru — brand consultant, and former marketing professor and has worked globally as a private marketing consultant for global organisations. He has a PhD in Marketing and taught on the MBA programmes of leading business schools including London Business School and MIT.

Corinne Woods, Director of Communications at United Nations World Food Programme and a key player in the transition and strategic implementation of the Sustainable Development Goals (SDGs). Corinne was instrumental in developing a 3-year partnership with SAWA and its global Cinema Advertising companies to promote goal number 2, Hunger.

Marcello Serpa, Brazil’s most honoured and awarded art director, with 45 Clio Awards, and 149 Cannes Festival Lions, including Latin America’s first Grand Prix and the recipient of the Lion of St Mark from Cannes Lions.  He was Creative Director and co-chairman of AlmapBBDO and built it into one of the most successful agencies in the world.

Rosie Arnold, Former Executive Creative Director BBH London. At BBH Rosie won numerous awards for her creative work on brands such as Levi’s, Pretty Polly Robinsons, Audi, Heineken Shell, Yeo Valley and Lynx. Rosie was also the first female President of D&AD and introduced “The White Pencil”- awarded for work that not only sells but does good in the world

“I love the Cinema, it’s a Palace of Dreams, a place to be entertained and inspired, where your imagination is set free, and the Cinema Medium is unique in a world of distraction,” said Sir John Hegarty.

“As the pandemic hit, leading Hollywood Film Directors stood up and endorsed the power of Cinema over all other screens. It is therefore great to see that the Ad legends of our business have done the same as it relates to the power of the Cinema medium as the ultimate place for Brands to appear,” said ‘Cheryl Wannell, CEO of SAWA.

One of the 30-second Social Media Content Videos of Sir John Hegarty:

As a member of SAWA, Motivate Val Morgan is proud to support this global cinema initiative. Stay tuned across our social platforms (LinkedIn, Instagram, Facebook, YouTube and Twitter) for more on the #HelloBigScreen Ad Legends campaign, which will feature 11 individual 30-second videos of each Ad legend.