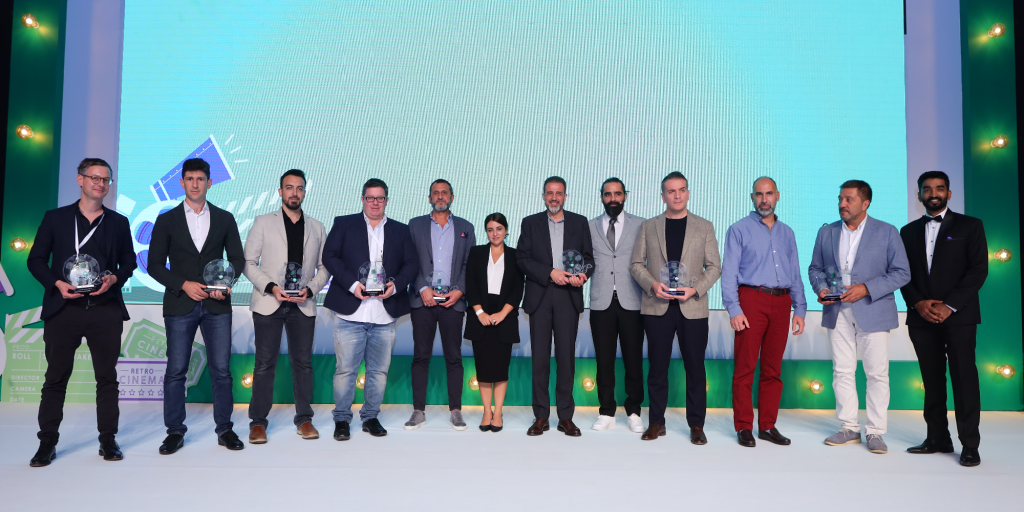 VOX Cinemas wins the Highest Grossing Exhibitor in The Middle East 2020-21 award for generating revenue amounting to US$171.7 million in the Middle East from October 2020 to October 2021 at the META Cinema Forum Awards 2021.

The 4th edition of the META Cinema Forum – the largest cinema convention, covering Middle East and African markets, powered by Yummz Hot Chips Cafe, took place between 26th and 28th October 2021 at the Atlantis, The Palm in Dubai.

Film One won the award in the Highest-Grossing Title in Africa 2020-21 category for Omo Ghetto: The Saga, with box office revenue reaching US$1.66 million in West Africa.

Muvi Cinemas won the Exhibitor of the Year 2020-21 award for its recent accomplishments in growth and development during a period of great uncertainty having established 121 screens over 13 locations across Saudi Arabia.

Eagle Films won the Distributor of the Year 2020-21 in recognition of the support and dedication to deliver a pipeline of quality films during a period of risk and instability having more than 46 most films released during October 2020 – to October 2021 – including Wrath of Man and The Hitman’s Wife’s Bodyguard.

Unlike other industry awards that are based on either corporate marketing presentations, public perception or jury nominations, META Cinema Forum Awards is based on pure numbers that puts them at the top of the ranking in each category where the names were chosen from.

Leila Masinaei, Managing Partner, Great Mind Events Management, said, “This is a true reflection of the best performance in each category in the film industry and we are pleased to honour them with their well-deserved awards.

“The numbers dictate who wins the awards. For example, Four Star Films won the Highest-grossing English Title in the Middle East 2020-21 for Fast & Furious 9 that is based on the box office revenue figure, reaching US$16.98 million in the Middle East. No one can dispute its rank as top-grossing film in the region.

“As MENA Cinema Forum matures as the largest cinema convention in the Middle East and Africa, we want to make thing more transparent to ensure authenticity of the awards that are based on third-party research.”

More than 500 industry delegates, experts and participants discussed the opportunities and challenges faced by the industry stakeholders at this year’s META Cinema Forum. The three-day mega film industry conference took place just a few weeks into Dubai Expo 2020 – the largest event in the Middle East and Africa region.

Motivate Val Morgan was a media partner for this year’s META Cinema Forum.