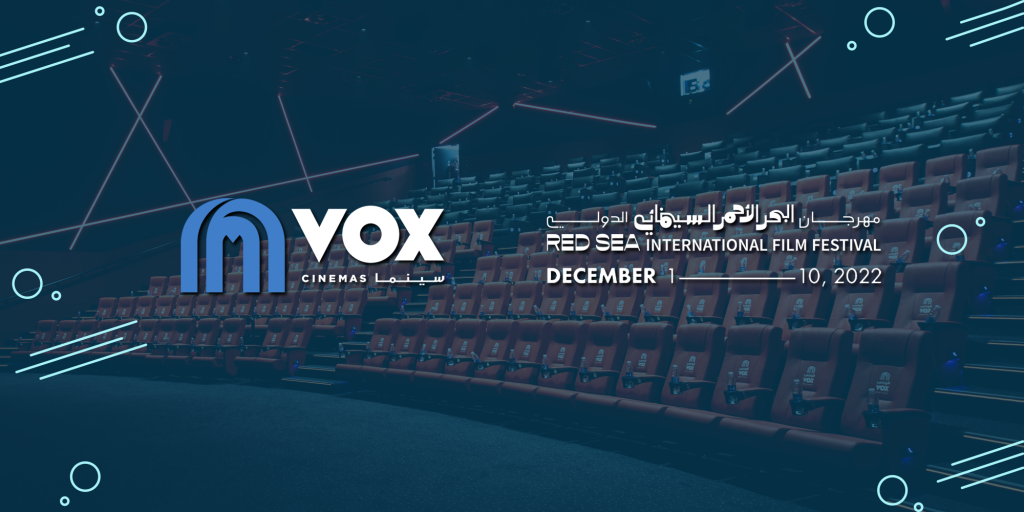 VOX Cinemas will be the RSIFF’s exclusive cinema partner for the second consecutive year.

The Red Sea International Film Festival announces VOX Cinemas as the festival’s exclusive cinema partner for the second consecutive year. The strategic partnership underpins VOX Cinemas’ commitment to contribute to the prosperous future of the Kingdom and develop a sustainable film industry across the region.

VOX Cinemas will operate seven theaters at Red Sea Mall in Jeddah, which will screen a diverse slate of more than 120 films comprising international and local features during the ten-day festival. The state-of-the-art cinema boasts cutting-edge audio-visual technology, ensuring that festivalgoers will enjoy a truly immersive experience.

Mohammed Al Turki, CEO of the Red Sea International Film Festival added, “We are proud to partner with VOX Cinemas again this year in our efforts to bring the best the Saudi and Arab film industry has to offer to the big screen. The Red Sea International Film Festival provides an important platform for budding film creatives to showcase their potential and achievements in front of their peers, industry professionals, and the global audience. With VOX Cinemas as our Festival partner, we strive to inspire young Saudis and Arabs to pursue their passion in film to contribute to elevating the Kingdom’s cinematic offering to new heights, and we thank VOX Cinemas for furthering our vision through this collaboration”.

Commenting on the partnership, Ignace Lahoud, Chief Executive Officer, Majid Al Futtaim Leisure, Entertainment & Cinemas said, “Storytelling is rooted in Arabic culture, and VOX Cinemas is dedicated to cultivating a new wave of talent and empowering them to use the language of film to tell their stories. As the region’s largest exhibitor, we have a great opportunity to leverage our scale and showcase the depth and breadth of local creativity on the big screen. We have been a proud Festival partner of the Red Sea International Film Festival since its inception, and we look forward to joining forces once again, given our shared commitment to expand the reach of Arabic culture and heritage to global audiences.”

The partnership between The Red Sea International Film Festival and VOX Cinemas, a pioneering cinema exhibitor in the MENA region, brings together two cinematic trailblazers to take festival attendees on a show-stopping journey. The film-going experience has become an established part of Saudi Arabia’s entertainment offerings, as a result of the rapid expansion of VOX Cinemas across the Kingdom in recent years.

The Red Sea IFF celebrates excellence in film, a sentiment shared by VOX Cinemas in their commitment to realize the objectives of Vision 2030 by making cinema easily accessible to communities of film enthusiasts across the Kingdom. During the ten-day Festival starting 1st December 2022, VOX Cinemas will be the exclusive cinema exhibitor for the screenings of the festival at Red Sea Mall, bringing the best in cinema to film lovers.