Why Comedy is a Genre for All

In a world with chaos all around, comedy is a saviour for all!

Scientifically, when we laugh, our body releases the chemical Endorphins – the body’s natural ‘feel-good’ chemical, and there’s truly nothing better than a hearty laugh to get these hormones activated.

Everyone enjoys a good comedy film from time to time, and here are four reasons why this genre is loved by all:

Be it a long day at work or school, the best way to unwind is by watching something light and funny. There is something about the punch lines, witty sense of humour and the extremely important timing and style of delivery by the actor/actors in question. There are so many facets to comedy, which makes us laugh and relax our nerves.

Develops a sense of humour:

Watching a comedy not only helps us feel relaxed and rejuvenated, but also supports in developing a sense of humour as our surroundings influence us and play a major role in our day-to-day interactions. Having a sense of humour is an essential life skill. Not only does it help us cope during difficult times in life, especially now with the outbreak of COVID-19, but also helps us increase productivity, leadership skills and even improve cardiovascular health!

Studies show that watching a movie of this genre can improve your blood pressure and keep it at an ideal level for up to 24 hours. In 2011, Oxford University conducted an experimental research with a sample set of candidates and concluded that those who watched comedy movies after experiencing painful stimuli had better pain tolerance as compared to those who did not watch comedy movies.

Comedy helps us keep our health in check, contributes to our personality and plays a big role in our day-to-day lives. Humour is a form of coping mechanism for many, while doing so it also adds to our wit, spontaneity and leadership skills. In a survey conducted by Robert Half International, 91% of executives believed that having a good sense of humor is important for one’s career advancement, while a majority of the respondents said that a good sense of humour and work ethic are two vital qualities they look for in a good leader.

One of the main reasons we watch movies of this genre is because it is a great way to pass time. They are highly entertaining but they also keep us occupied! As per research on Statista – Most popular movie genres in North America from 1995 to 2020, by total box office revenue, comedy is the fourth highest revenue-generating genre (34.38 billion dollars) in the US, behind Adventure, Action and Drama. Additionally, as per research conducted by Motivate Val Morgan in 2017 – Cinema 360, comedy is one of the highest watched genres in the UAE, with 82.5% inclined towards watching comedy at the cinema.

Below are the comedy titles set to release in 2021:

Contact a member of our sales team for more information on cinema advertising opportunities alongside these comedy blockbusters.

END_OF_DOCUMENT_TOKEN_TO_BE_REPLACED

With Halloween just around the corner, it’s time to indulge in activities such as carving pumpkins, decorating the house, buying a spook-tastic costume, applying ghoulish make-up and either heading out trick-or-treating, or enjoying the spooky day with friends and family.

But what does this day hold for those who have outgrown trick-or-treating? A Movie of course!

Nothing compares to watching a scary movie on this spooky day, for an altogether more bizarre indulgence. COVID-19 may have dominated us throughout most of 2020, but old traditions die hard, and there’s no better way than watching a movie to distract your mind from the stresses relating to the pandemic, and transport you to a world where the horrifying stuff isn’t actually real.

We at Motivate Val Morgan have got your spooky movie night covered with a roundup of some ‘all-time favorite’ monstrous, scary, truly freaky and the not so creepy magical kids flicks to get you in the spirit of Halloween this year.

An adaptation of Roald Dahl’s The Witches is dark fantasy comedy film directed by Robert Zemeckis, featuring Anne Hathaway, Octavia Spencer and Stanley Tucci. Set in 1960s Alabama, the film follows an orphaned young boy stumbles across a conference of witches, while staying with his grandmother at a hotel, and gets transformed into a mouse by the Grand High Witch.

The Witches releases in cinemas across the middle East on 29 October 2020.

In addition to The Witches, here are 13 categories of scary movies to watch on-demand, some of which will trigger self-induced nightmares.

One of the oldest forms of horror cinema, monster movies and their dreaded villains come in all shapes. Whether they’re aliens, ghouls or demons, monsters can represent a manifestation of our own fears. Such movies are often portrayed in a way wherein humans interfere with nature, ultimately leading to a monster attack.

These are the kind of films where the antagonist is a deformed human, often seen wearing a mask following a horrifying accident.

This horror category has a long history of haunted/ possessed inanimate objects that inspire guffaws instead of screams. Some of them are the work of a ghost, while some are just plain inexplicable. Yet they all have one thing in common: they’re kind of baffling.

Vampires exist in the folklore of almost every society on earth. Therefore, it’s only natural that it’d be a story expressed in nearly every language and thus, films around the world.

These are horror films which capture events on screen and are typically seen through the camera of the characters involved in real-time. Also usually involves an investigation after a video or audio footage that is found to discover instances of what actually happened.

Widely known as ‘Gore’ or ‘Splatter’ films, these films are light on character and plot and heavy on fake blood and guts. Mostly low on story and high on shock value.

The widely popular horror category of all times, supernatural occurrences often include ghosts, spirits and demons. Many supernatural horror films have elements of religion relating to themes such as afterlife, the Devil, and demonic possession.

Films of this type are often cautionary tales, where a character unleashes a curse unknowingly or by failing to listen to a warning. While non-believers would think these as coincidences or publicity stunts in a movie setup, some of these are just too freaky to ignore.

Silence of The Lambs

Who doesn’t enjoy the living dead, the ones that are driven by hunger of human flesh, and are nearly impossible to put down permanently?

Light hearted films with a mix of elements – they are both funny and scary, catering to a wide audience. No wonder these films have long been one of the most popular genres.

Shaun of the Dead

End of the world movies combine a rush of adrenaline with dread – for the ones that fancy pulse-quickening suspense.

Lastly, if you are bored of the same old horror movies making the rounds every Halloween, animated movies offer something different for everyone to look forward to.

Movies to Watch for Every Cinematic Yearning

Like it or not, we are all stuck inside the house these days as a result of the coronavirus crisis, and whether working from home or just chilling, it’s good to take a cinematic break

With cinemas closed and blockbusters-in-waiting – postponed for later this year or all the way through to next year, thankfully, there are many movies offering some form of escape during this time of distress.

Here’s a list of 100 amazing movies to watch in the comfort of your home:

When you need something out of this world 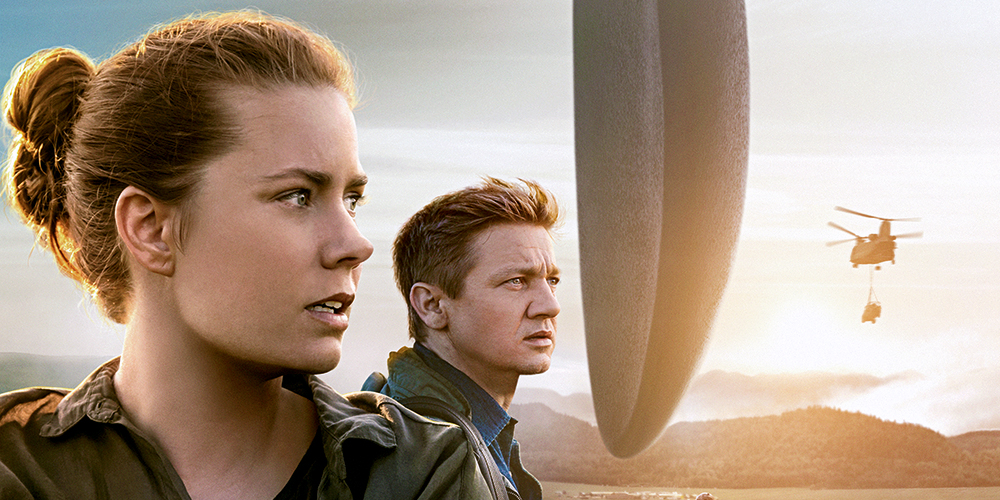 When you need a change in scenery 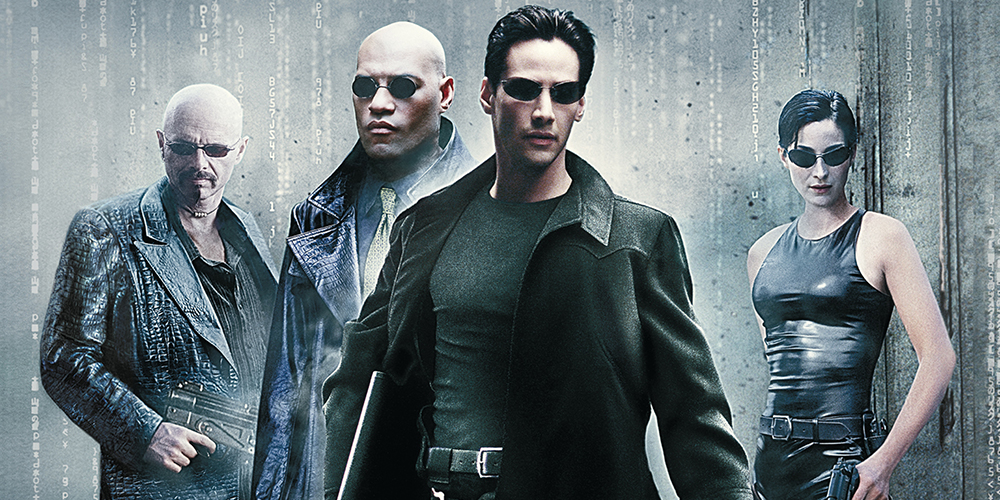 When you need family bonding time 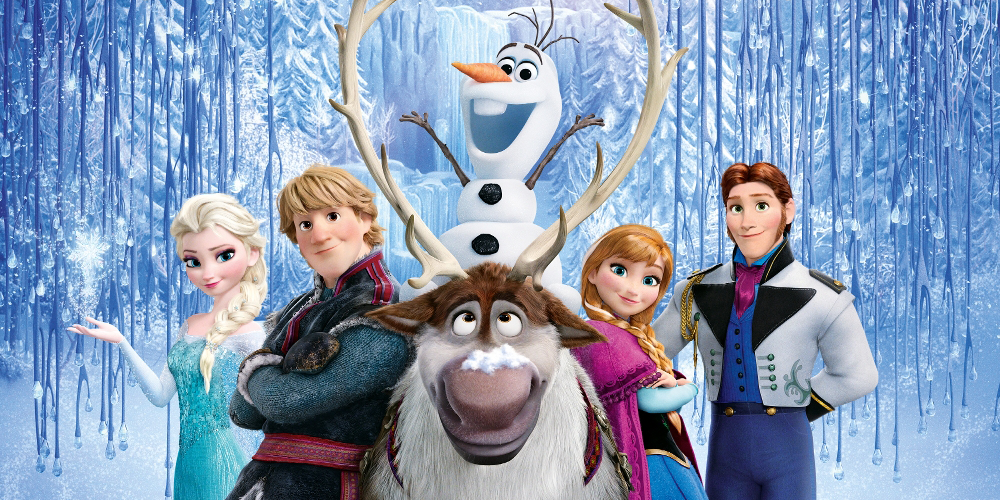 When you need a belly laugh 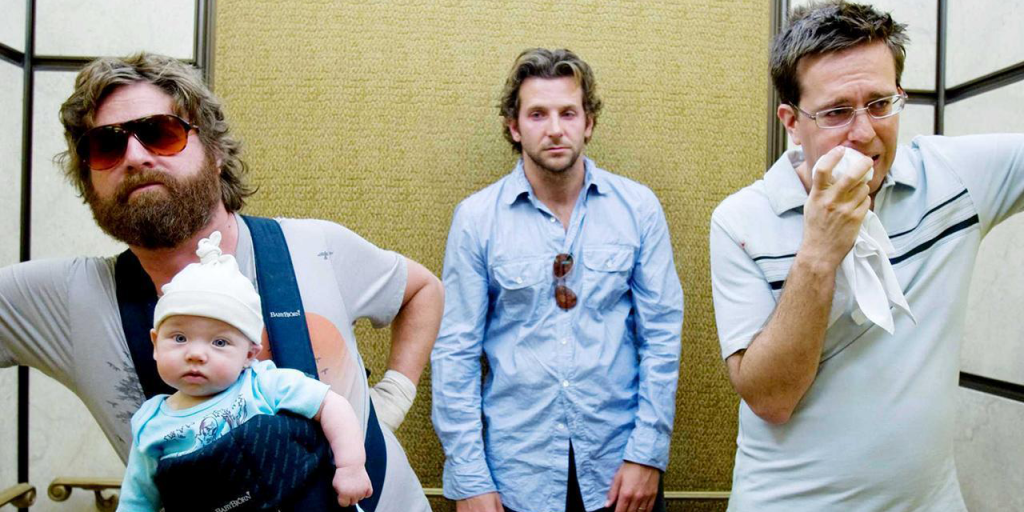 When you need a good scare 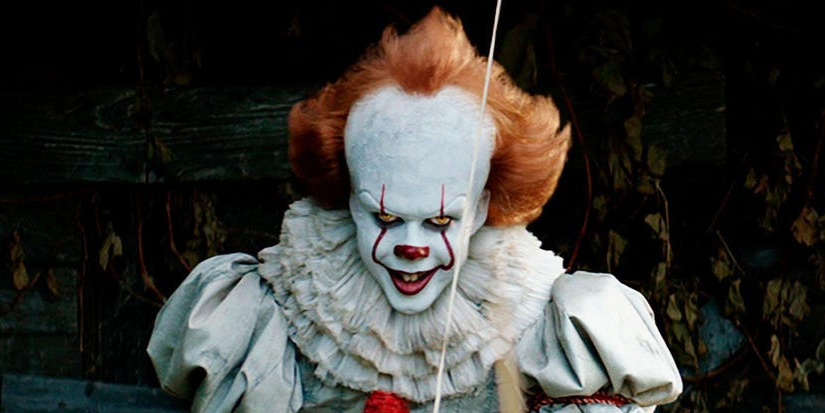 When you need a super-duper hero 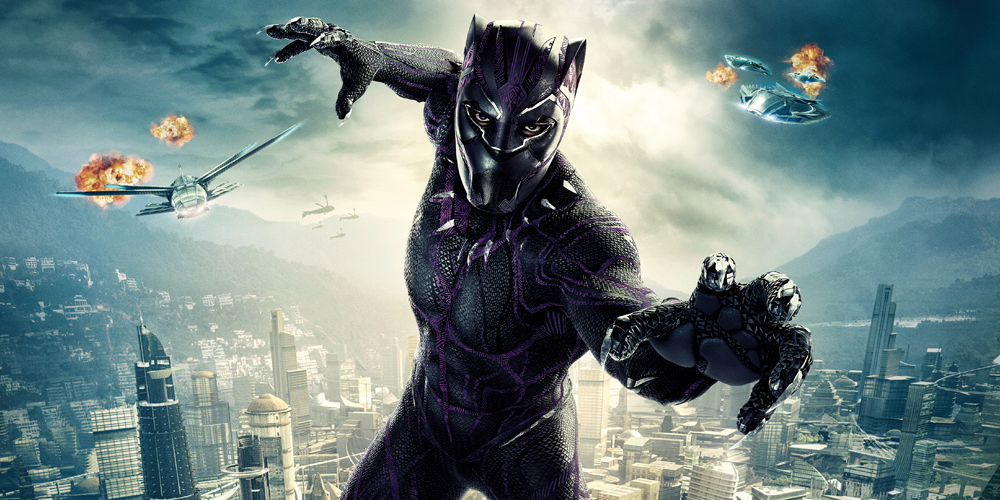 When you need a history lesson 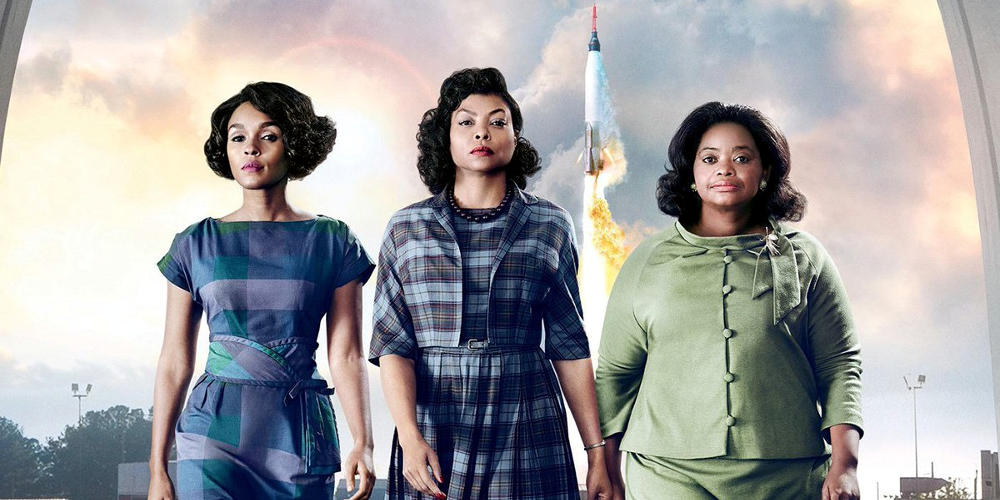 When you need a great movie 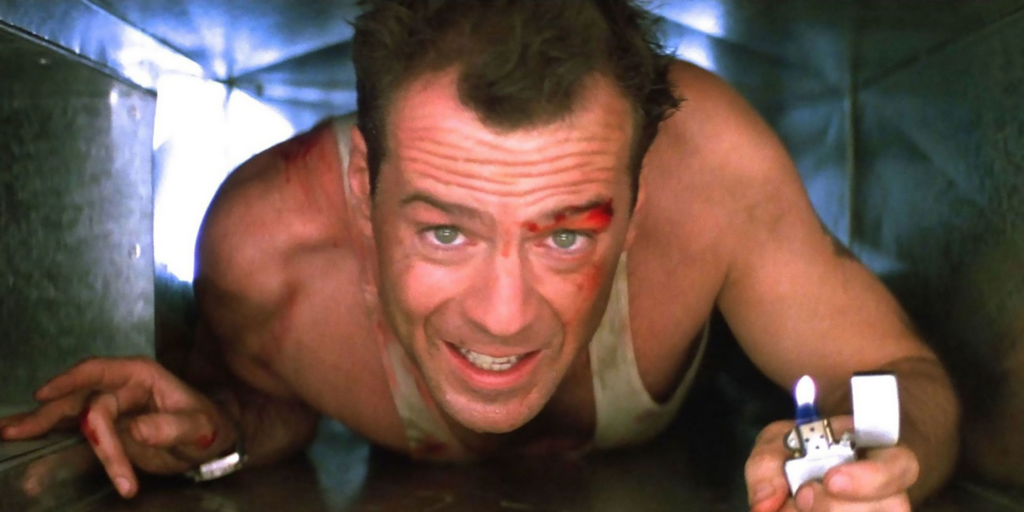 When you need a not-so-great movie 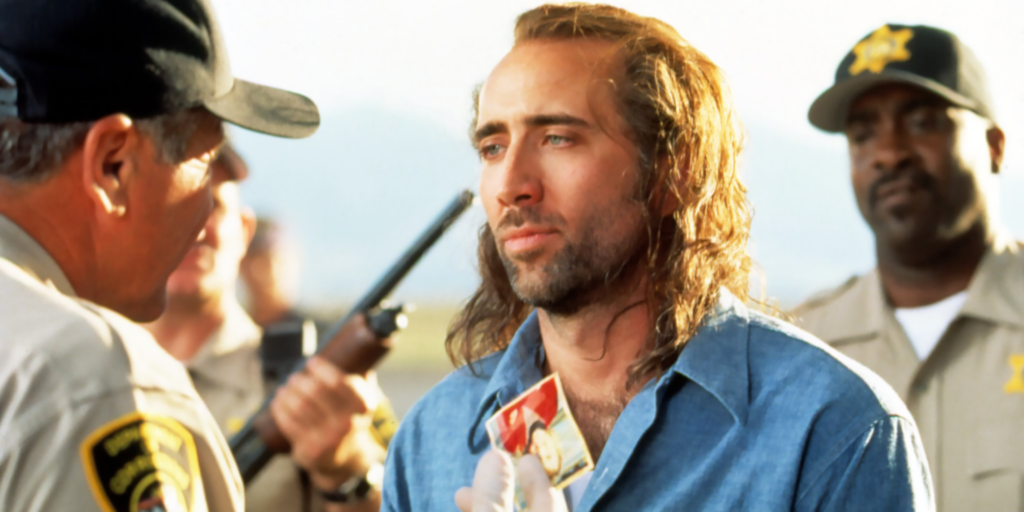 When you need your heart warmed 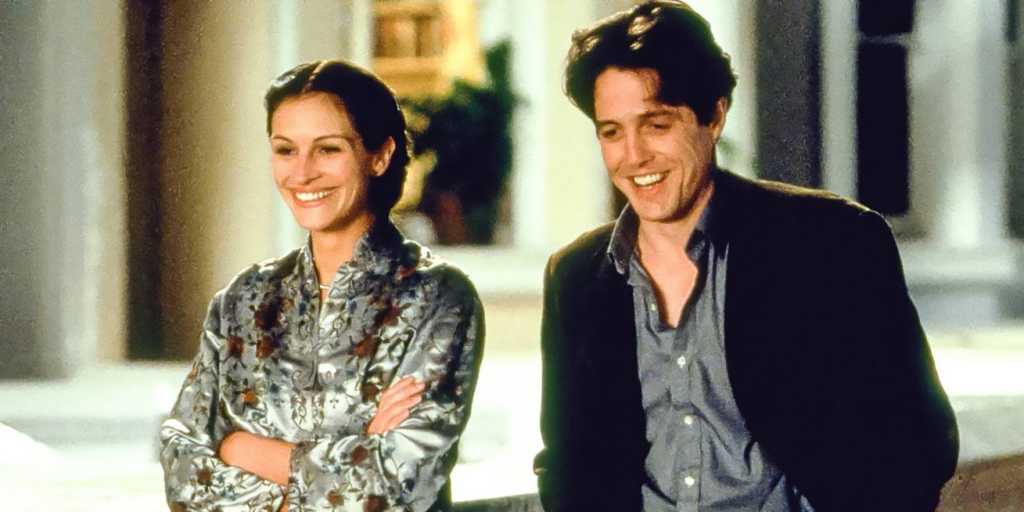