The world will soon have a new ‘Clown Prince of Crime’ when Joker debuts on 3rd October 2019. This time, he’s a comedian played by Joaquin Phoenix, and he’s ready to turn Gotham City’s frown upside down no matter what it takes.

From its GRITTY and enigmatic trailer, to the buzz created after winning The Golden Lion at the Venice Film Festival – the festival’s highest prize, the stakes are high in terms of audience anticipation.

Produced by DC Film and distributed by Warner Bros. Joker is unlike any other superhero film. Brace yourselves for the brand new take on the Dark Knight’s greatest nemesis, guaranteed to put a ‘smile on your face’.

Here’s what you should know about Joker:

Joker is the first live-action Batman franchise film to receive an R-rating from the Motion Picture Association of America, due to its strong bloody violence, disturbing behavior, language, and brief sexual images. It can be presumed that the movie’s rating in the Middle East will end up being PG-18 for cinemagoers.

Is this Joker part of DC Comics?

There has been much speculation floating around as to whether the Joker is part of the DC Comic universe. However, director Todd Phillips has made it clear that the movie is a standalone story of the origins of Joker – the criminal mastermind and well-known nemesis of comic superhero Batman (in a never-seen portrait of the man behind the mask).

Joker is closer in spirit and substance to gritty cinematic portraits of antiheroes from the 1970s: Taxi Driver (1976), One Flew Over the Cuckoo’s Nest (1975),  Serpico (1973), unlike any other typical modern comic-book movie.

Arthur Fleck (Joker’s real name in this standalone movie) does not align with any origin of the Joker ever published. What bits and pieces we’ve seen from promotional material resists attempts to connect the movie to any one story. It seems to be, by and large, entirely original in a way vanishingly few superhero movies have been.

Set in a ‘broken-down’ Gotham City between late 1970s and early 1980s, Joker shows the progressive evolution of Arthur Fleck, who is a clown-for-hire living with a fragile mother and struggling to keep his own peace of mind. But what’s up with his creepy laugh? Why is he taking care of his mom? We don’t know — and that’s possibly part of what the movie will explore.

*Did you know – This is Joaquin Phoenix’s first role in a comic book film. He previously turned down the title role in Doctor Strange (2016) as well as the chance to replace Edward Norton as the Hulk in The Avengers (2012), because he was unwilling to sign on to the multi-picture deal that Marvel Studios was requiring.

Todd Phillips has directed numerous big hits – of which a majority are comedies. He directed all three of the movies in The Hangover series. With the release of the Joker trailer, many have praised what Phillips has shown thus far, with some even comparing the trailer to the work of legendary director Martin Scorsese. Helping to drive that comparison home is the fact that ‘frequent Scorsese collaborator’ Robert De Niro will be appearing in Joker.

Phillips has a series of blockbusters under his belt and is best known for writing and directing the comedy films. However, for his work on the satirical comedy film Borat (2006), Phillips was nominated for the Academy Award for Best Adapted Screenplay.

The kind of gritty thriller Joker aims to be would be one thing, but what cinematic alchemy might happen when Phillips – who understands what it’s like to be inside Arthur Fleck’s head, is behind the camera? We will just have to wait and find out!

Who are the other characters alongside Joker?

Frances Conroy plays Penny Fleck. Penny is Arthur’s mother. She is an older woman whose health is fading, making her practically bed-ridden.

Conroy is best remembered for her role in HBO’s Six Feet Under. More recently, she has appeared in recurring TV roles in Castle Rock, American Horror Story, and Arrested Development.

Robert De Niro plays Murray Franklin. Murray is a talk show host on a late-night television program which airs in Gotham. He plays a role in Arthur’s transition from a struggling stand-up comedian into the Joker.

De Niro is a Hollywood legend with a career spanning more than 50 years in movies and television. Roles in films such as Taxi Driver (1976) and Raging Bull (1980) put De Niro on the map. Among his most recent credits are: The Intern (2015), Joy (2015) and Dirty Grandpa (2016), and another collaboration with director Martin Scorsese for The Irishman on Netflix.

Zazie Beetz plays Sophie Dumond. Previously released details about Sophie note that she is a single mother living in Gotham and is a person of interest (possibly a love interest) to Arthur. Sophie is beaten down by life in the city of Gotham and feels as if the system is stacked against her and others in her community.

Beetz is best known for her role on FX’s Atlanta. She has also appeared in Geostorm (2017), Deadpool 2 (2018), and Steven Soderbergh’s High Flying Bird for Netflix

Watch the star cast in the first look of Joker:

Here are some statistics for previous DC Films (distributed by Warner Bros.): 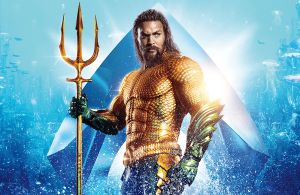 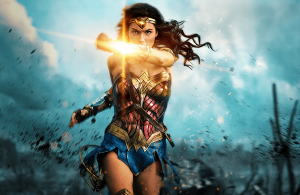 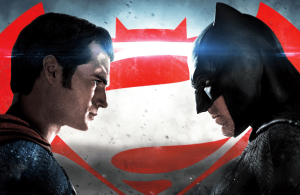 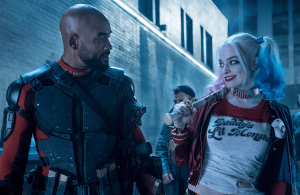 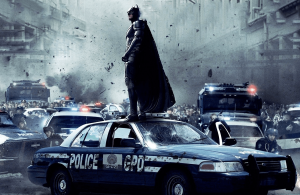 Boxoffice Pro is projecting Joker to make $103 million in its US opening. That would be the biggest October opening of all time, beating the record set by Venom (2018).

Motivate Val Morgan forecasts over 300K admissions in the UAE for Joker.

Contact a member of our sales team for cinema advertising opportunities alongside this MEGA Blockbuster.