The cinema industry successfully ushered global audiences back into theatre in 2022 largely owing to the steadier flow of blockbusters in comparison to 2021, with Top Gun: Maverick, Black Panther: Wakanda Forever, and Avatar: The Way of Water leading the long list of successful titles this year.

While 2021 was a dress rehearsal for the future of cinemas, 2022 has proved that cinema is back for real. This was especially evident in Saudi Arabia, when the country overtook Italy in annual box office revenue (in US$ terms), highlighting the prominence of cinema in the region.

Box office in 2022 had its first test with Scream which grossed nearly US$1M in the UAE alone and marked the successful return of the horror genre in the region since the pandemic. This was followed by the chartbuster performance of Matt Reeve’s The Batman, which earned a combined US$12M in the UAE and Saudi Arabia, and Marvel’s Doctor Strange in the Multiverse of Madness, which earned US$6.7M in the UAE.

Summer blockbusters highly contributed to the recovery of the global box office in 2022, with Tom Cruise’s Top Gun: Maverick grossing a combined US$21.2M in the UAE and Saudi Arabia and over US$1.5 billion globally. Jurassic World: Dominion and Minions: The Rise of Gru also performed well, grossing over US$1.7M and US$1.64M in UAE and Saudi Arabia, respectively.

August to October was a challenging phase for cinemas in the region due to a weaker movie release schedule owing to pandemic-related delays. The year however ended on a high note with the release of James Cameron’s Avatar: The Way of Water, which earned close to US$10M in the UAE in its opening weeks. Arabic titles such as Bahebek, 3amohom, and Men Agl Zeko also topped the 2022 charts across GCC.

Here’s our 2022 wrap-up featuring the top movie releases in the eight countries we cover, the most watched genres across the region, the top 15 cinema ads booked through us that lit up the big screen, and last but not least, the new cinema locations added to our circuit and our milestones:

The 15 blockbuster ads (in no particular order) – booked through Motivate Val Morgan, that lit up the big screen in 2022 (also featured in Campaign Middle East): 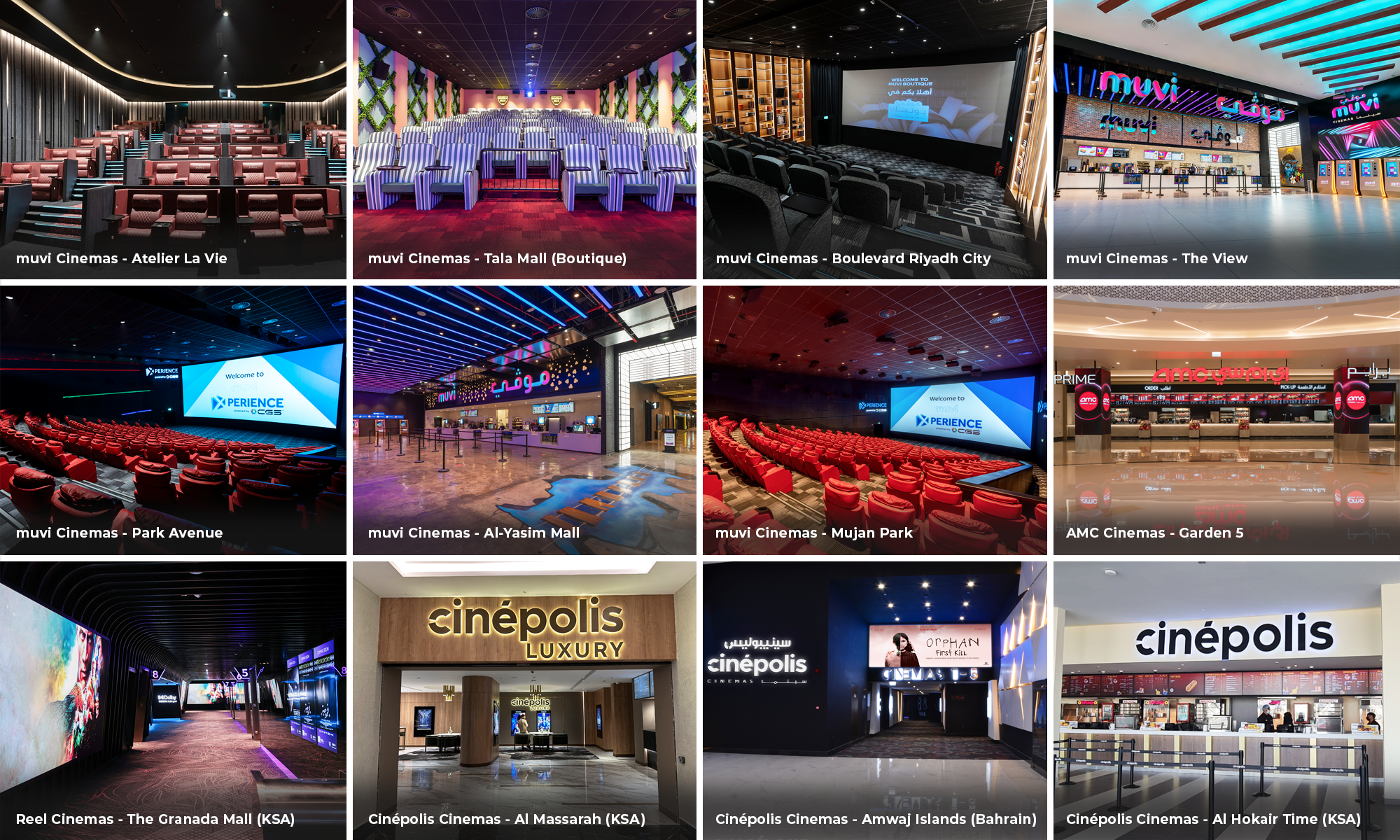 Our dedicated cinema buying platform – CinePlan and CineMeasure, was launched, which enables data-driven, audience-based buying across our network of cinemas in the Middle East. The platform was also recognized as one of Campaign Middle East’s Top 10 Media Milestones of 2022.

Blockbusters to Look Forward to in 2023

Get ready for an exciting year at the movies in 2023! Here are the top 20 movies to look forward to over the year ahead:

For more on the movies coming out in 2023, be sure to check out our sizzle reel