Have the Ride of Your Life with the ‘Bad Boys’!

Martin Lawrence and Will Smith are back on the Miami beat for Bad Boys for Life – the sequel that was decades in the making.

Produced by Jerry Bruckheimer and Will Smith, the third installment, is slated for release on 16th January, 2020.

Bad Boys for Life – the final installment in the Bad Boys trilogy is the first movie in this series not helmed by Michael Bay. How would this transition affect the final movie of the franchise? Audiences will have to wait and find out for themselves…

Watch the trailer for Bad Boys for Life 2020!

Here’s what you should know about Bad Boys for Life:

Due to violence, language and crude humour shown in the film, it can be presumed that the movie’s rating in the Middle East will end up being 18+.

Did you know: Before the main actors were due to start shooting Bad Boys for Life, Will Smith and Martin Lawrence binge-watched the first two to get into the Bad Boys spirit.

Bad Boys for Life will be directed by Adil El Arbi and Bilall Fallah, who have mounted episodes of FX’s drug drama Snowfall. The duo previously made the acclaimed 2015 crime drama Black, and have also been hired for Beverly Hills Cop 4.

Bad Boys II (2003) helped to define “Bayhem,” which permeated throughout early 2000s action cinema, but hopefully, the new directors will be able to recapture that particular brand of cinematic carnage.

It just wouldn’t be a Bad Boys film if it weren’t for the bad boys themselves, Will Smith and Martin Lawrence. Both Smith and Lawrence are returning in their franchise roles as detectives Mike Lowrey and Marcus Burnett, and they’ll still use extreme measures to combat some of the worst crime in Miami.

Captain Howard Will Be Back

Aside from Will Smith and Martin Lawrence’s characters, one of the most memorable faces from the Bad Boys franchise is Captain Howard, played by Joe Pantoliano.

Most of the actors featuring in Bad Boys for Life are new to the franchise, but there’s a pretty good mix of up-and-coming actors and well-established ones.

The big one joining the cast is Jacob Scipio, who will portray the film’s villain. His character is described as having a “vicious, taunting nature” and he has a past connection with our detectives. Scipio has appeared in quite a few television series and films such as Hunter Killer (2018) and The Outpost (2019).

Paola Nunez, a star of Mexican television and film, is also joining Bad Boys for Life. She plays Mike’s ex, who is now a criminal psychologist and head of an elite police squad called AMMO.

Vanessa Hudgens, Alexander Ludwig, and Charles Melton will all be part of the team.

Watch the star studded cast in action in Bad Boys for Life:

Here are some statistics for previous Will Smith films: 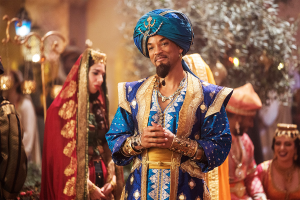 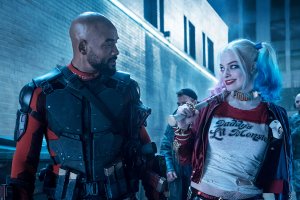 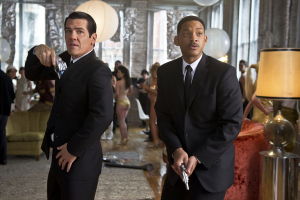 Bad Boys for Life is forecasted to make between $24 million – $34 million in its four-day opening weekend in the US, according to Box Office Pro.

Contact a member of our sales team to advertise alongside this blockbuster franchise.