Indian language movies have come a long way over the last few years!

From their initial standard three hour long flicks featuring action-packed drama, tears, catchy and sing-along songs, extravagant dancing and colourful traditional costumes – being produced solely for domestic consumption, to having varied time lengths dictated by their content, and witnessed across the globe in countries such as United States, Canada, Australia, Taiwan, China, Russia, Turkey – in either their original form with subtitles or dubbed versions of its original form.

Movies from India are no longer restricted to Bollywood which produces movies solely in the national language (Hindi). India, in line with the varied languages and dialects in the country, is also home to other powerhouse movie industries such as:

The Indian-film industry also comprises of globally recognized actors and actresses who are passionately dedicated to provide the best of their skills and talent to the industry: 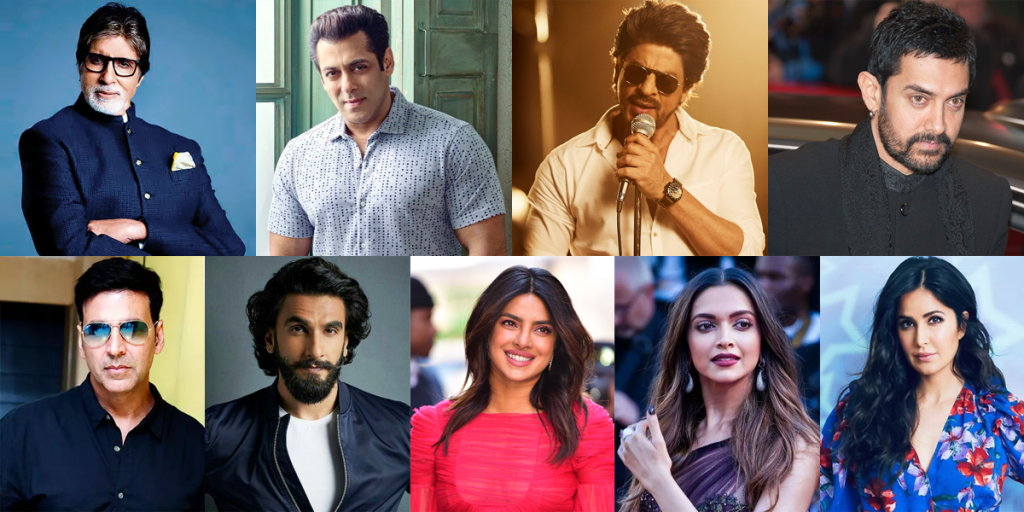 As a result of these film stars having huge fan-followings from around the world, they too have helped attract large audiences to watch Indian movie releases in cinema.

A recent report by PWC indicates that Bollywood is set to become the third largest cinema market in the world.

In recent years, there have been numerous Indian language movies that have done relatively well at the worldwide box office: 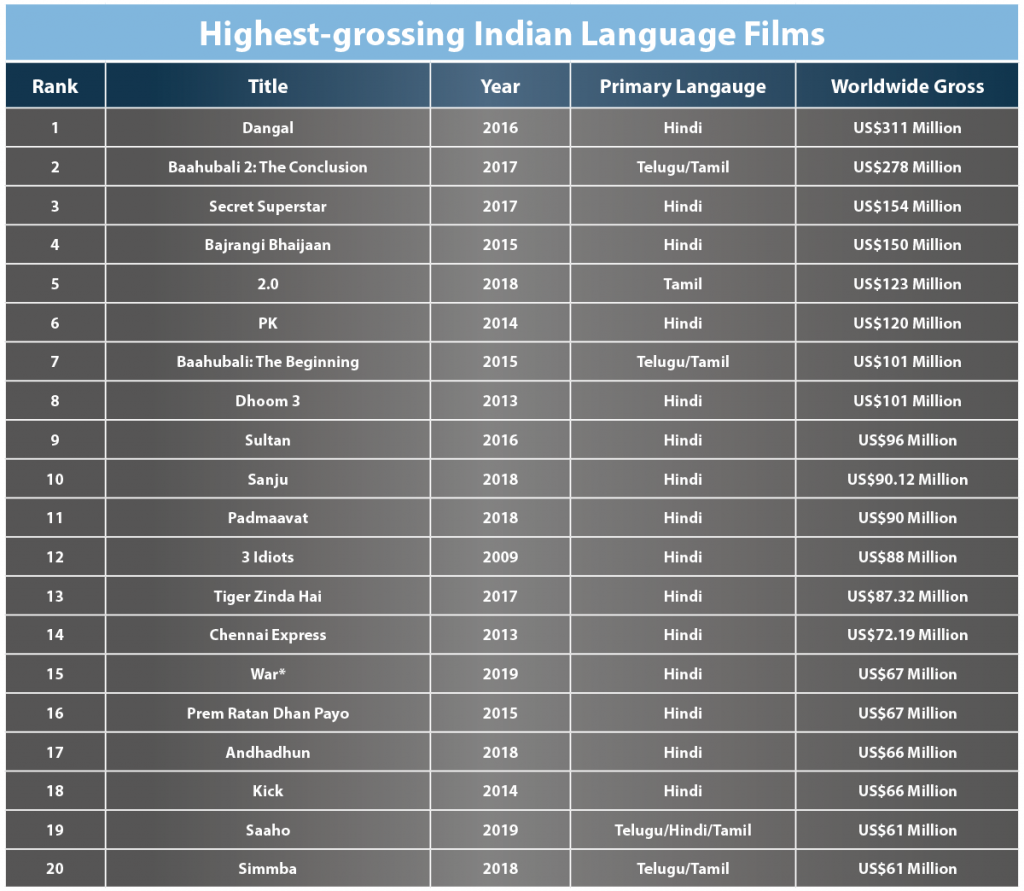 Bollywood movies easily make up the second largest watched language in the UAE – with some blockbusters raking in 300,000 plus admissions. Other Indian language movies – which include Malayalam, Tamil and Telugu, have also gained massive popularity and acceptance in accordance with Hindi movies.

Below is analysis conducted by Motivate Val Morgan on Indian language movie releases across the Middle East in 2018: 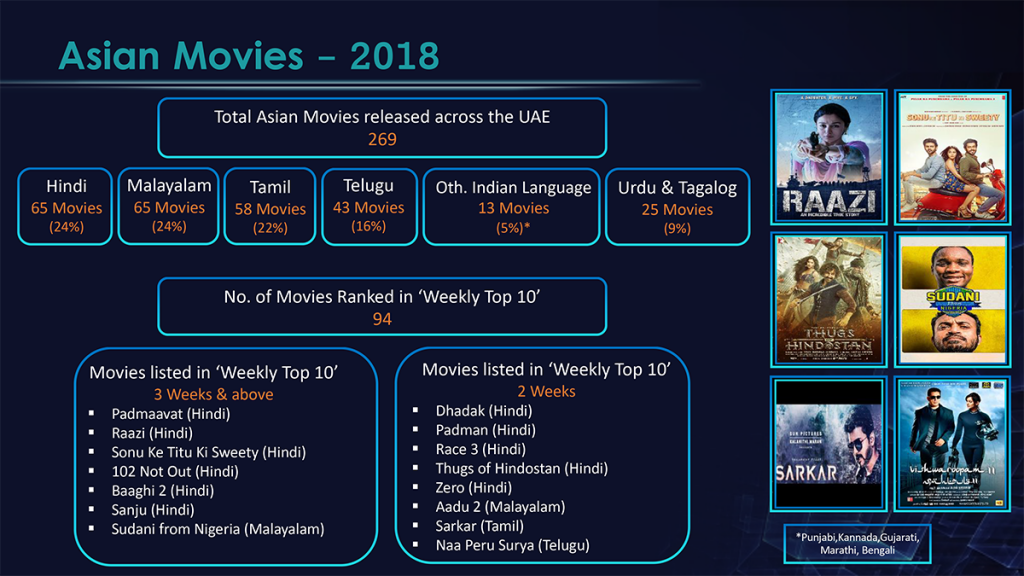 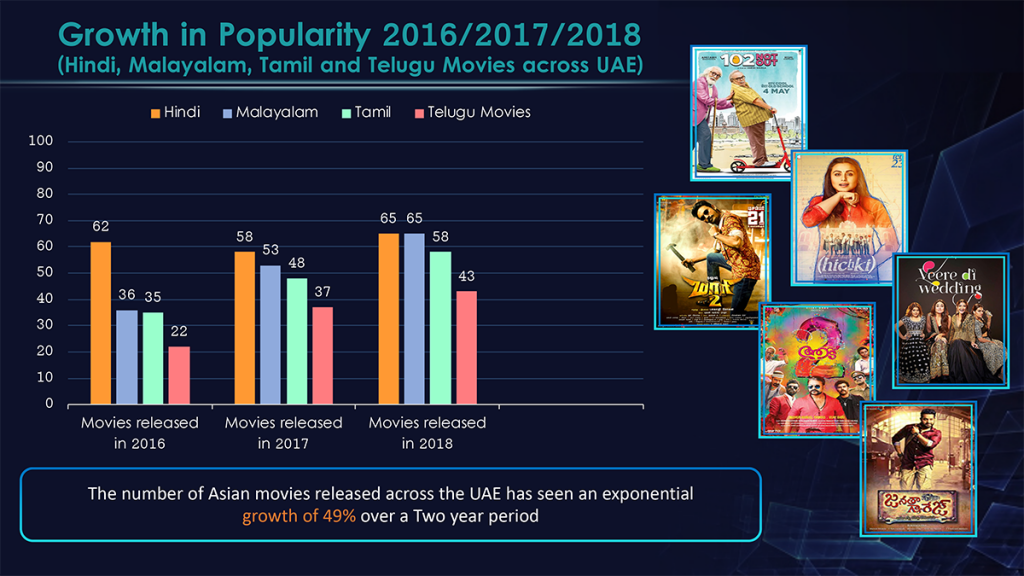 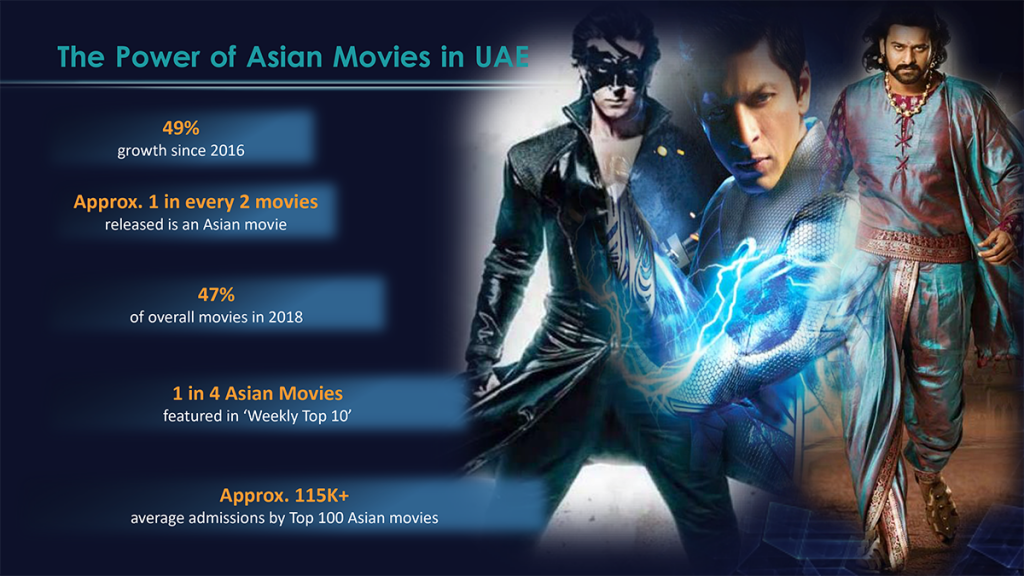 The objective of this research project was to understand cinemagoing habits of Asian audiences and measure the effectiveness of cinema advertising alongside Indian language movies.. 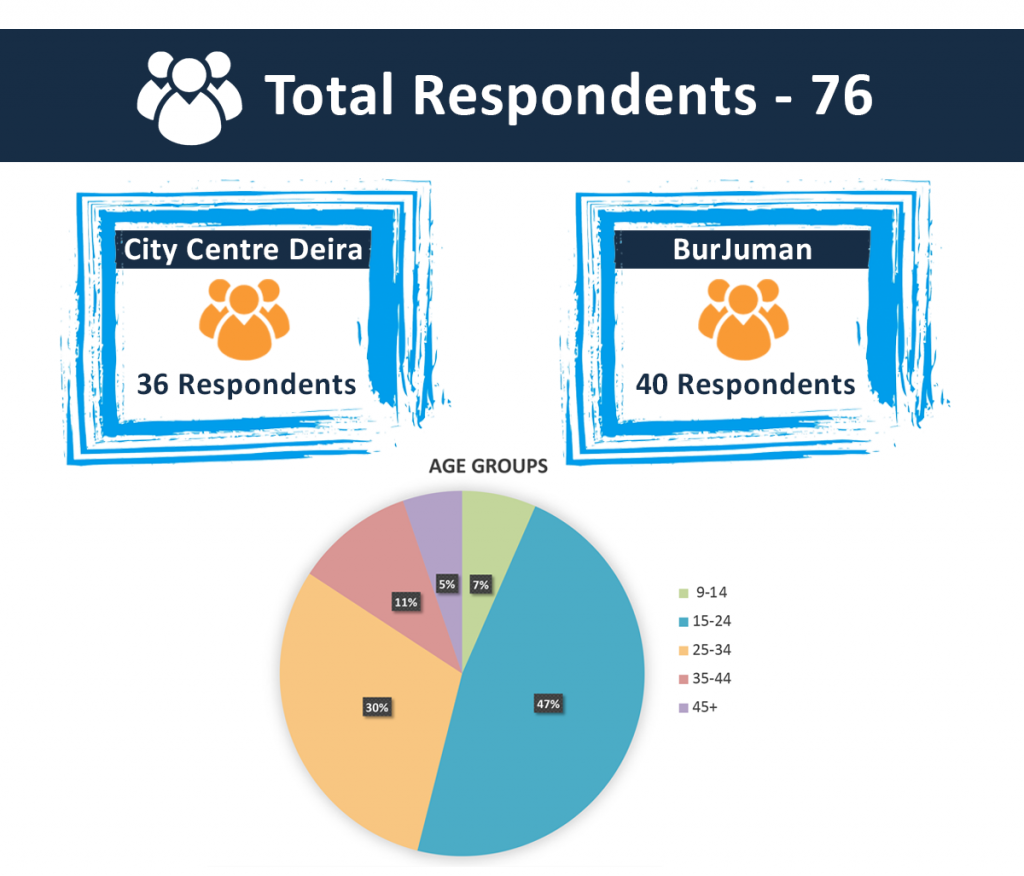 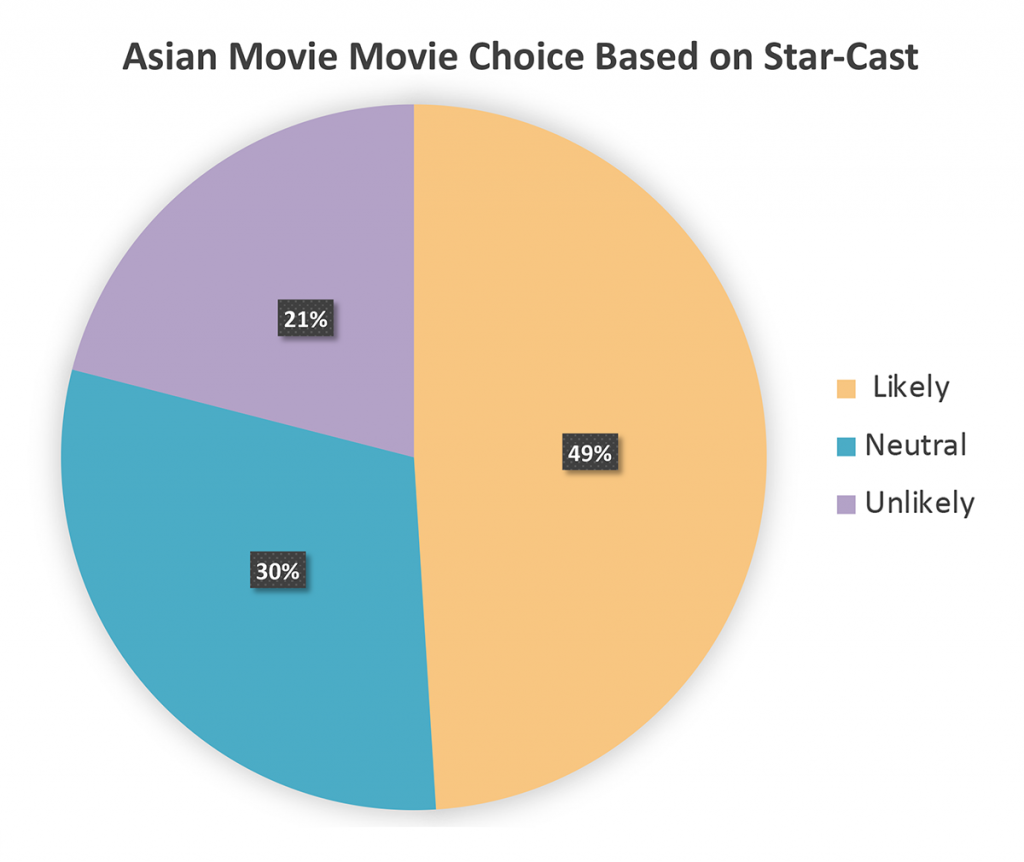 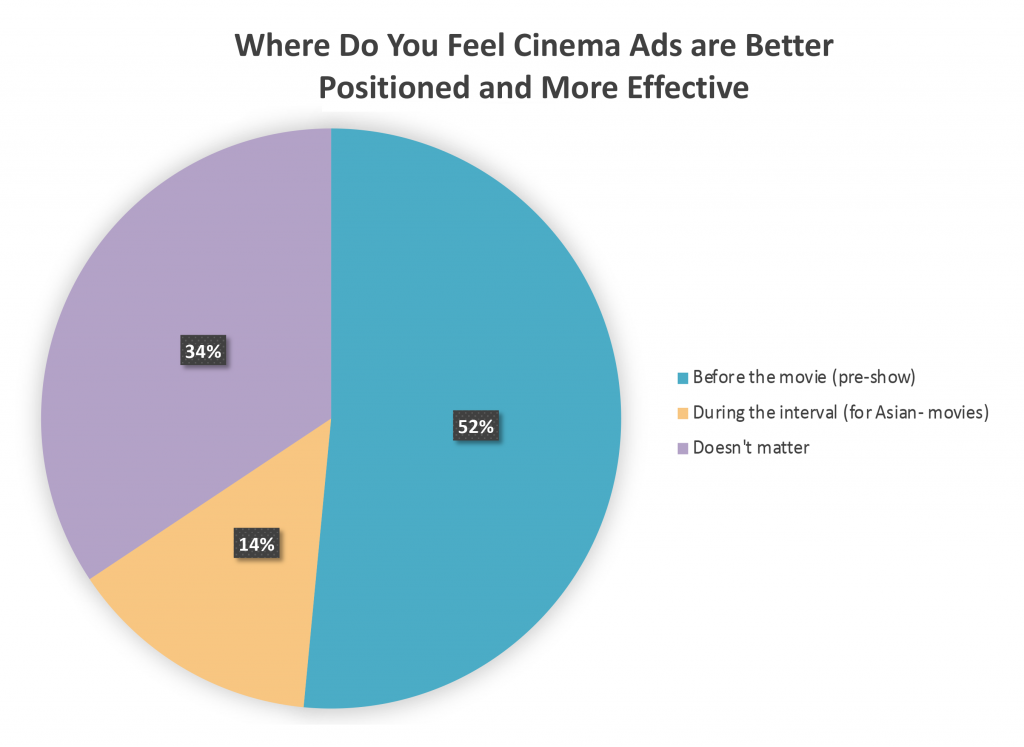 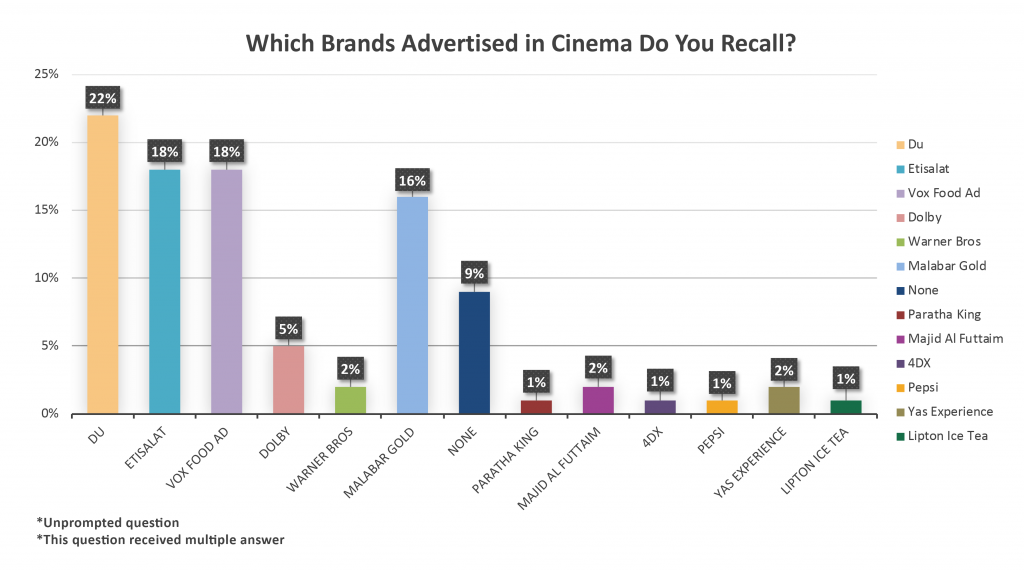 As the research above indicates:

Here’s a line-up of Indian language movies scheduled to release over the months ahead: 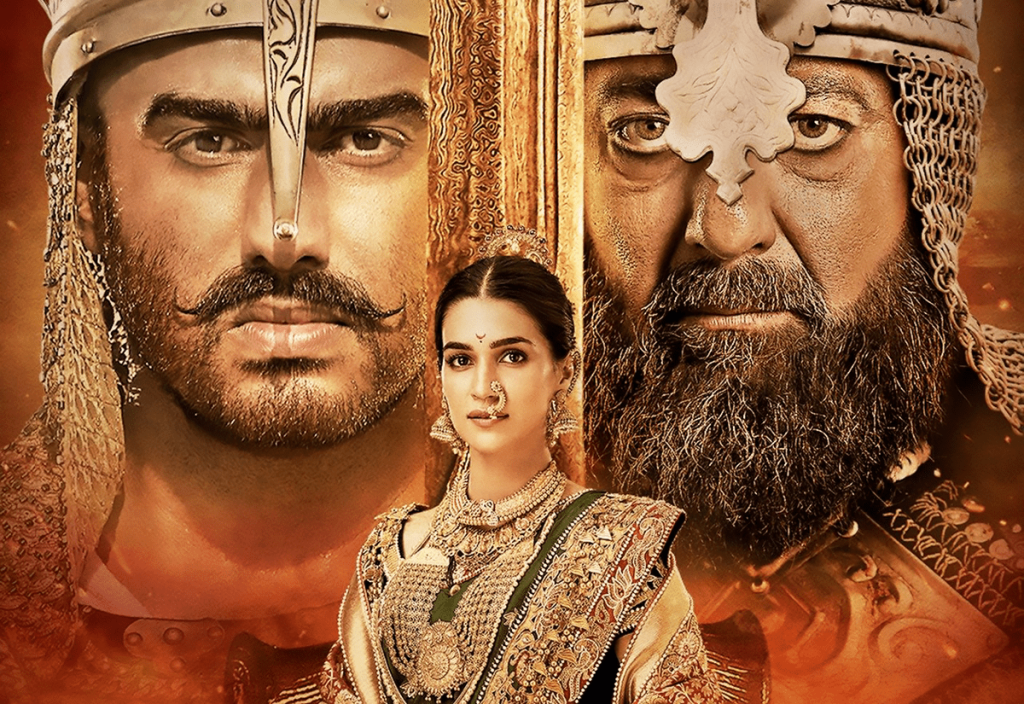 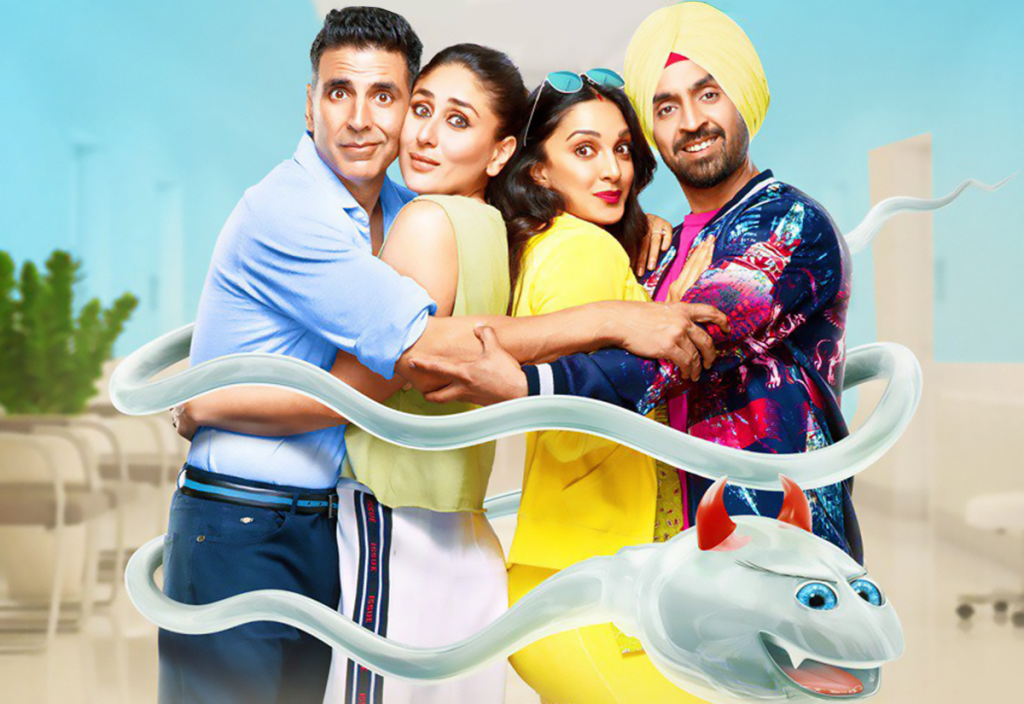 Don’t miss out on targeting large Asian movie loving audiences. Contact us for cinema advertising opportunities alongside the movies mentioned above!