The fifth edition of the hugely successful META Cinema Forum was held between 25-29th October 2022 at the Atlantis the Palm Island, with renewed optimism following the opening of several large-format cinema screens a few months after the industry began operating at full capacity.

As many as 56 exhibition stands displayed the latest products, services, technology from a select group of industry suppliers, technology providers and industry stakeholders at the convention.

Over 500 delegates, visitors, buyers, sellers, and other industry stakeholders attended the event, which also addressed the shortage of feature films, documentary films, and other film genres in the region.

More than 44 industry officials and experts shared their perspectives on the current market situation, challenges, and solutions through speeches, presentations, training, and workshops etc.

The forum witnessed powerful presentations from Saudi Arabia, Asia and Africa regions, the future of the large-format cinema halls as well as the prospects of the streaming services, technology disruptions and other subjects. Experts also addressed the demand-supply mismatch in film contents and theatre facilities across the Middle East and Africa.

Leila Masinaei, Managing Partner, Great Mind Events Management –organizer of the META Cinema Forum, said: “META Cinema Forum has successfully repositioned the region’s cinema industry in the global map, so much so that large-scale investment has widened the theatre facilities across the region. The industry is currently gearing up to increase the supply of good quality contents and regional blockbusters that will pull more viewers to the cinema halls.”

The two-day mega cinema industry conference was followed by a three-day META Film Fest, which kicked off with the screening of three short films from the UAE: Deadline, Children of All and IDI, and screened over 70 shortlisted full feature films, documentaries, and short films from Iran, Jordan, Sweden, Korea, Egypt. The main attraction of the festival was the gala premiere of Emily by director Frances O’Conner. 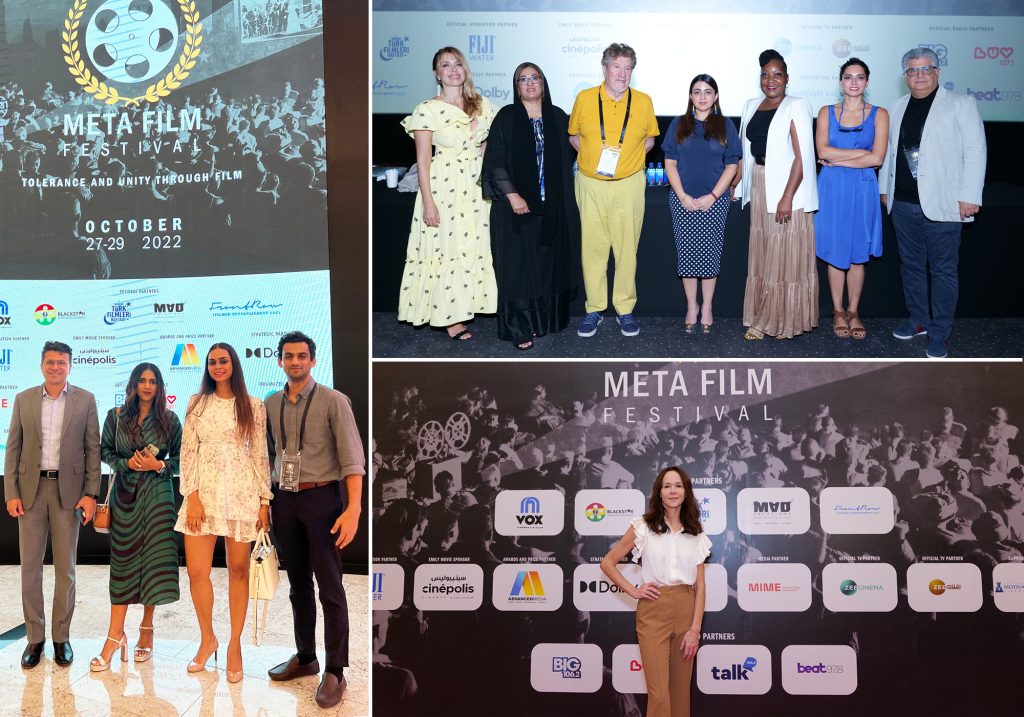 Motivate Val Morgan was one of the media partners for the META Cinema Forum and a supporting partner for Meta Film Fest 2022.