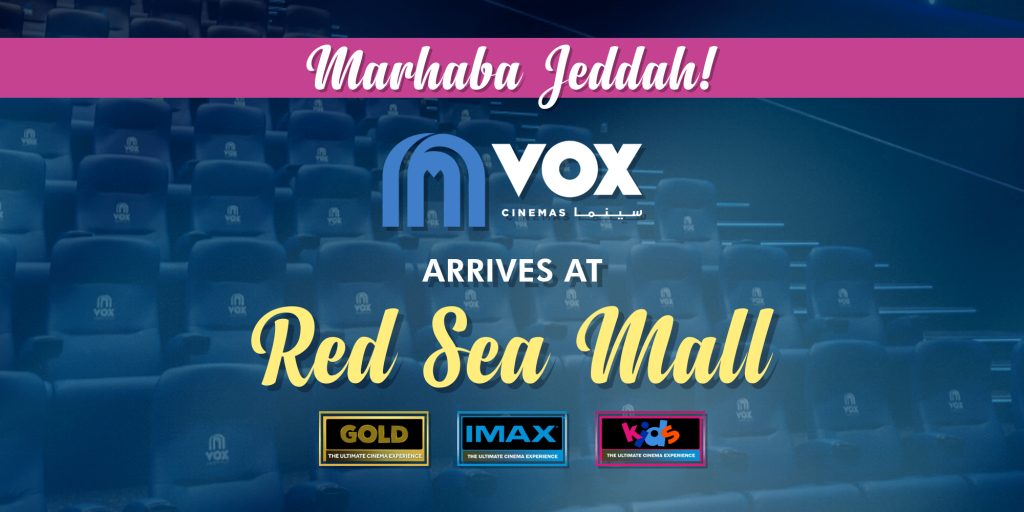 On Monday 28th January 2019, VOX Cinemas opened its doors to the very first cinema in Jeddah at Red Sea Mall.

The multiplex, with a seating capacity of over 1,400 seats, features 12 screens in total and includes Saudi Arabia’s largest IMAX viewing experience, three Gold Class screens and a Kids screen.

Speaking at the opening ceremony at Red Sea Mall, Mitchell stated: “If you look at Dubai we have some 15 million customers there per annum. On the short-term goal in Saudi Arabia we are expecting the market to reach about 30 million customers.”

Research from PwC Middle East in November 2018 estimated that that total cinema revenue in Saudi Arabia would reach $1.5 billion by 2030. The forecast was based on a projected 2030 population of 39.5 million, and 6.6 screens per 100,000 people.

Last year, VOX Cinemas announced it would be investing $533 million to open 600 theaters in the next five years.

“Some 95 percent of our employees here are from Saudi Arabia. In any country where we operate cinemas, we localize the team. We have an Egyptian team in Egypt and a Lebanese team in Lebanon and of course Saudis in Saudi Arabia,” said Mitchell.

“We expect the cinemas in the Red Sea Mall to be showing…a mix of films, probably about 300 films per year with at least six new movies every single week. It will take a while for us to have enough cinemas for everyone to get to go to the cinema whenever they want to.

“In my opinion, the cinema is a good place for families to spend time together in a social environment, especially in hot summer days, when outdoor activities are limited.”

The new multiplex in Jeddah will offer cinema enthusiasts the opportunity to watch some of the world’s biggest blockbuster movies, and according to Mitchell, there would be no issues in relation to gender segregation as there are cinemas for families and separate ones for bachelors.

And a glimpse of the opening ceremony of VOX Cinemas – Red Sea Mall:

VOX Cinemas- Riyadh Park Mall has been operational since May 2018, and Motivate Val Morgan is the official cinema advertising partner of VOX Cinemas at both locations in the Kingdom.

Contact us for more information on cinema advertising opportunities in KSA.