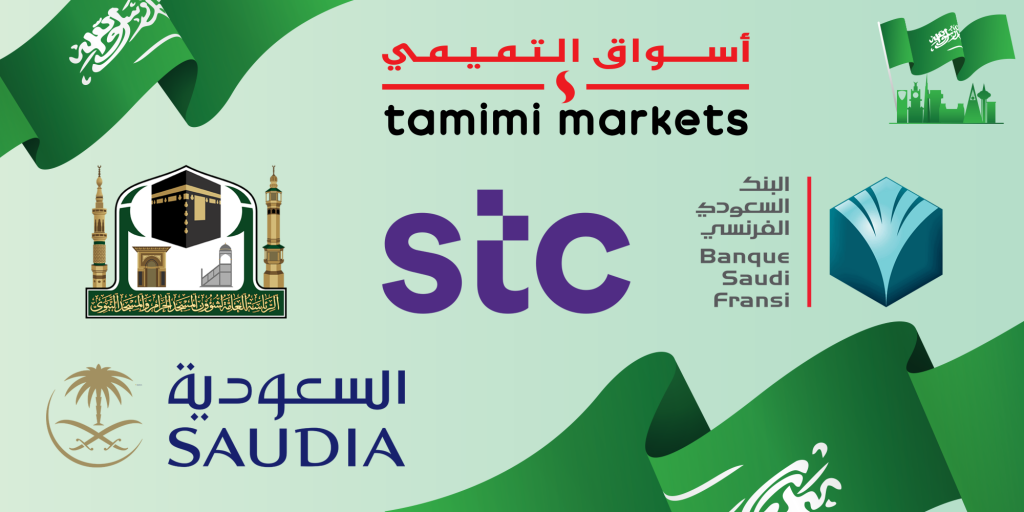 This year’s theme and slogan was ‘Heya Lana Dar’, which means ‘A Home for Us’ – appreciating the spirit of the country’s cultural diversity that makes everyone (Saudis and foreigners) feel at home.

To honour and celebrate the transformative journey the country has embarked on over the past 91 years, leading brands in Saudi Arabia launched cinema campaigns across the country:

The national airline of Kingdom of Saudi Arabia launched its national day cinema campaign emphasizing the spirit of being a Saudi national and its prosperity through generations.

Saudi Telecom Company launched its cinema campaign that parades the evolution of digital life in the kingdom.

The Saudi based banking group’s national day campaign celebrates the vision and achievement of Saudi Arabia as a nation in various sectors.

One of the fastest-growing supermarket chains in Saudi Arabia booked an ad to commemorate the Kingdom’s prosperity and greatness.

The government agency launched its campaign welcoming pilgrims and aiming to facilitate worshipers to perform the religious worship at the grand mosques with a prompt for being dutiful and generous in the times of the pandemic.

With National Days of Oman (18th November), UAE (2nd December), Bahrain (16th December) and Qatar (18th December) around the corner, contact a member of our sales team for more information on cinema advertising opportunities to mark these special days!