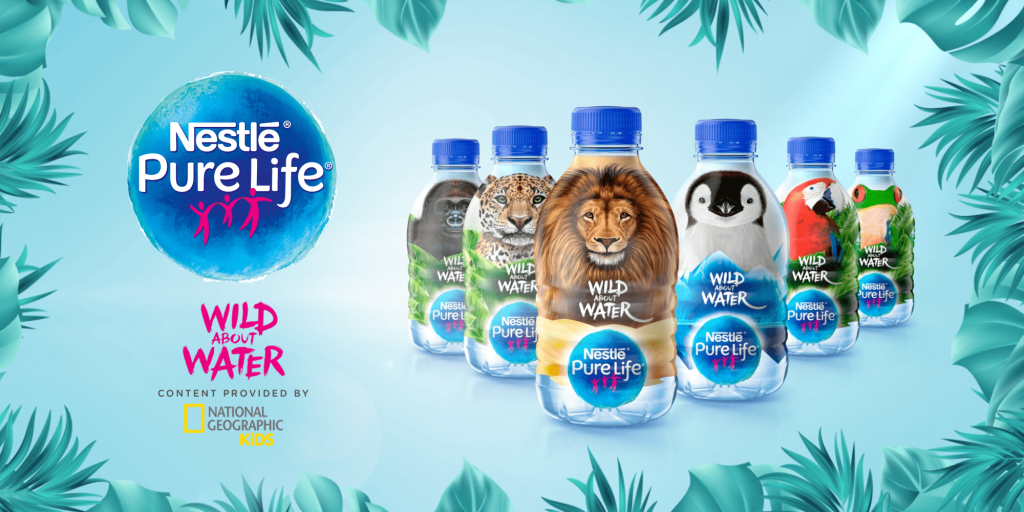 Booked through Zenith Media, the cinema campaign featured an on-screen commercial and included a sampling activity inside the Kids cinema at VOX Cinemas – Mall of Egypt.

A 30 sec. on-screen commercial was booked to screen from 3rd April until  7th May 2019.  The advertisement informed children to look inside the water bottle (placed in the cup holder), for a message pertaining to hydration and the importance of water.

Watch the on-screen commercial below:

A sampling activity was scheduled to be executed in 4 bursts over 4 weekends during the month of April.

*The activity scheduled for this weekend will be executed for 3 additional days.

Nestlé Pure Life bottles with a special packaging label – featuring images of animals such as Gorillas’ Leopards, Lions, Penguins, Parrots and Frogs, were placed in the cup holder of each seat, while some of the bottles were placed below select seats.

As the trailers commenced, the on-screen ad also displayed a message asking the audience to look under the seats for another bottle. The kids who found these bottles received a discount voucher from Toys’R’Us . 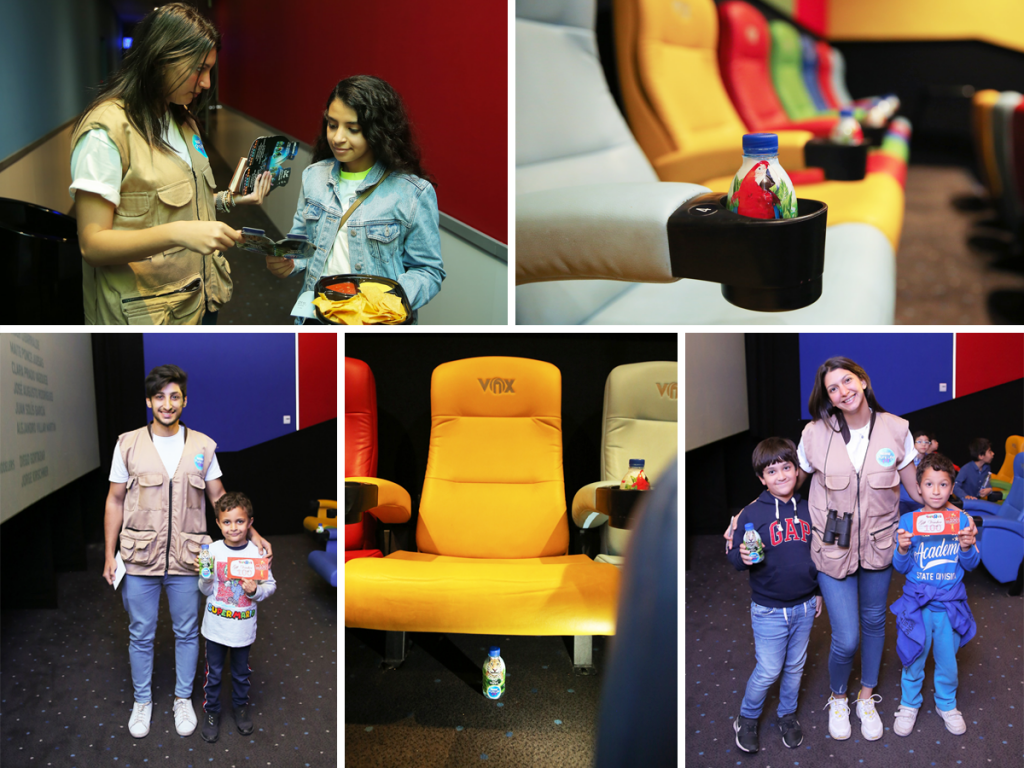 As part of the sampling activity, usherers were hired to distribute flyers to cinemagoers entering the Kids cinema.