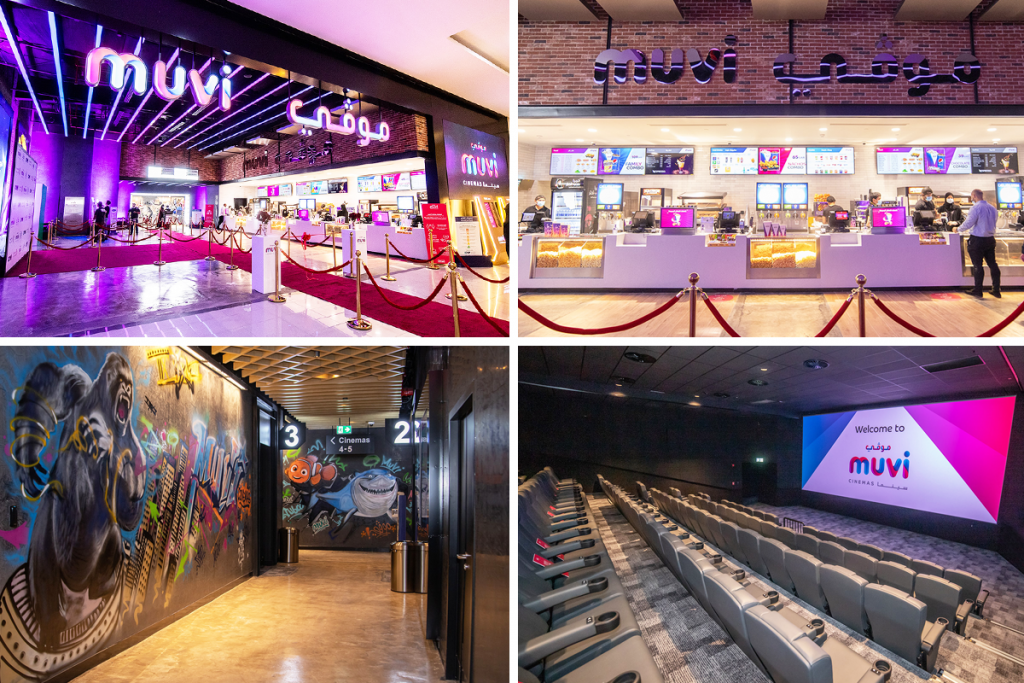 The cinema features 13 screens with a total of 1398 seats and a range of cinema experiences which include Dolby Cinema™, ScreenX, Samsung Onyx and Suites. 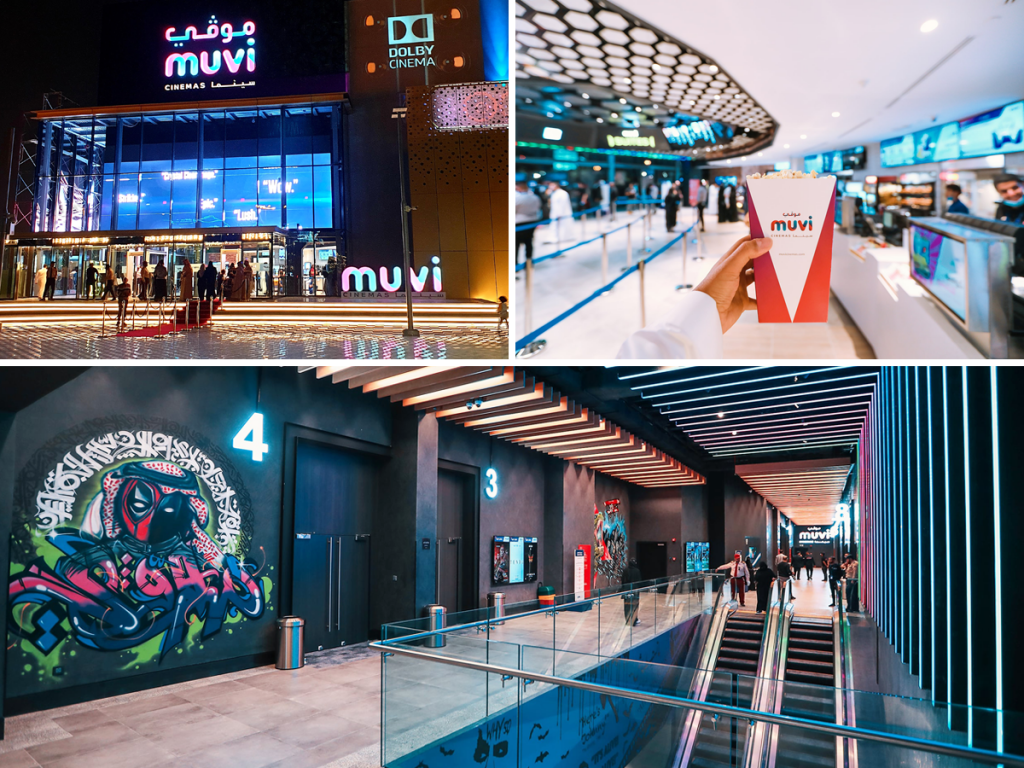 Dolby Cinema™ delivers the total cinema experience. It combines the most powerful image and sound technologies with inspired design to make every visit an unforgettable cinematic event.

ScreenX is a truly immersive cinema experience for those who want to experience blockbusters not just watch them. The world’s first multi projection movie theatre. ScreenX presents unprecedented panorama screen by extending the main screen to each side of walls in the auditorium. Through this panorama screen, the audience will feel as if they are right in the movie. This experience is also available at the cinema exhibitor’s Mall of Arabia location in Jeddah.

Muvi Cinemas is the first cinema in the Middle East to include a Samsung Onyx Cinema LED screen, which accommodates virtually any venue configuration while delivering technical performance and reliability beyond that of traditional projector-based operations.

Discover the key features of Samsung Onyx in the video below:

Suites is the ultimate luxury cinema experience by Muvi – featuring reclining seats, footrests, extra legroom and USB charging ports. The experience includes an exclusive lounge with an a la carte menu, where cinemagoers can choose from light bites to a full meal. Meals can be eaten in the lounge or inside cinema.

The opening of U-Walk follows the launch of the 7 screen cinema with 659 seats at Nakheel Mall in the city of Dammam which opened in February 2020.

As the official cinema advertising partner of Muvi Cinemas, Motivate Val Morgan congratulates the cinema exhibitor on its opening at U-Walk (Riyadh) and Nakheel Mall (Dammam), and warmly welcomes these two new location to our cinema circuit in KSA. Contact us for cinema advertising opportunities in KSA.

The cinema features 6 screens with a total seating capacity of 554 seats and a concession area that hosts ‘Skinny Pizza’ – a healthier modern take on traditional pizza .

Al Hamra Mall is cozy and quant, catering to the community of Eastern Riyadh. Movie lovers can benefit from the location of the new cinema that is conveniently located on the new metro line opening soon in 2020.

The cinema chain presently operates a total 21 screens across Jeddah (Mall of Arabia) and Riyadh (Al Hamra Mall), and is expected to open its flagship location in Riyadh in the first quarter of 2020 at U-Walk. This location will feature 12 screens including the first Samsung Onyx LED screen in KSA, replacing traditional projection technology.

The openings are part of an aggressive expansion plan to launch 20 locations by end of 2020 across the region, as a result of the cinema chain signing a partnership deal with Arabian Centers which will see a network of film theatres established in malls in cities throughout the country.

As the official advertising partner of Muvi Cinemas, Motivate Val Morgan congratulates the cinema exhibitor on its opening at Al Hamra Mall and warmly welcomes this new location to our cinema circuit in KSA.