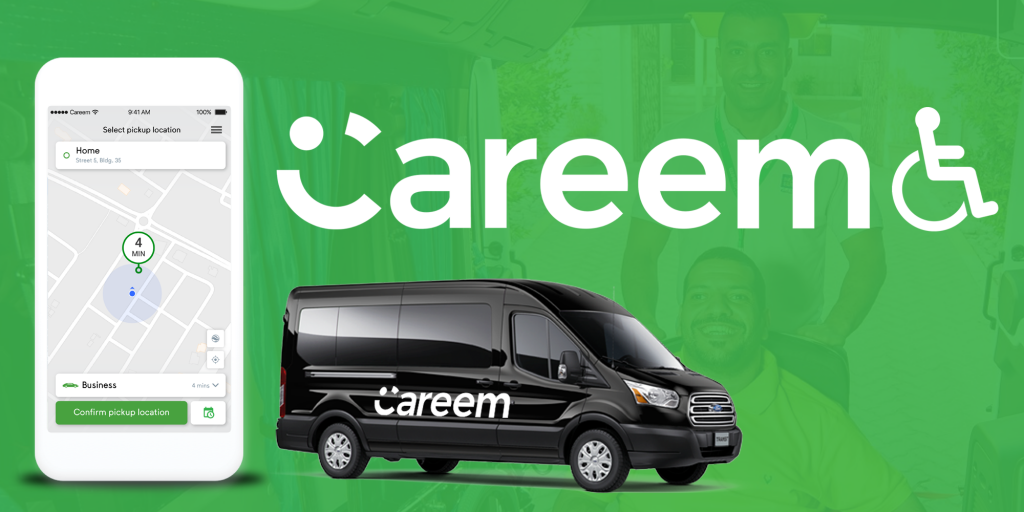 Careem, leading transportation network company based in Dubai with operations in over 100 cities in 14 countries in the Middle East, Africa and South Asia, recently booked an exclusive integrated cinema campaign with Motivate Val Morgan – through Wizzora Advertising Agency, at VOX Cinemas – City Centre Alexandria in Egypt. The cinema campaign included a 60 sec. on-screen ad and an off-screen foyer display.

With Egypt’s streets barely being pedestrian-friendly for the average Egyptian at the best of times, it’s safe to assume that for those with a disability, it’s a nightmare.

It is only recently, that numerous Egyptian organisations and groups have begun to do their part by giving back to the community – starting several initiatives that work towards including people with special needs into the community.

Aiming to make themselves more accessible to all Egyptians without exception, Careem launched its newest feature yet, ‘Careem Assist’, which eases commute and transportation for passengers with motor disability in Alexandria. ‘Careem Assist’ offers ‘wheelchair accessible’ vehicles which can be accessed through the Careem app.

Additionally, Careem is also in the process of creating ramps around Alexandria to enable Egyptians with motor disabilities to move around freely. Having already built ramps on main streets and next to pedestrian crossing signs, they’ve also set up a track in Alexandria’s Mandara beach.

With approximately 290,612 Alexandrians living with special needs, Careem hopes to not only facilitate their transportation around the seaside city but to also encourage the community to recognise the importance of including all segments of society.

Careem also booked a display which was set up in the foyer area of VOX Cinemas – City Centre Alexandria for a period of 2 weeks (13th December 2018 – 29th December 2018).

The foyer display advertised an offer to save 40% when booking a ride with Careem – using promotion code SAWA.

Here are some other recent integrated cinema campaigns booked through Motivate Val Morgan: