Dubai Lynx, MENA’s premier Festival and Awards for creative excellence in branded communications, has announced the thirteen industry experts who will lead the 2022 juries.

About the Jury Presidents, Philip Thomas, Chairman, Dubai Lynx, said, “This is an exceptional group of global talent from across a spectrum of disciplines. We are delighted that, together with their juries, they will be responsible for setting the creative bar in the region as they view, discuss and award work from across MENA. It’s a privilege to be working with them and we’re already excited to see the outcome of their judging.”

Ian Fairservice, Vice Chairman of Dubai Lynx, added: “Dubai Lynx, MENA’s premier festival of creativity, is making an eagerly awaited comeback. In 2022, a newly designed two-day learning and development experience will replace the full festival, with a smaller programme of community-focused networking and talks taking place in a number of venues across Dubai.”

The 2022 Dubai Lynx Jury Presidents have been announced as follows: 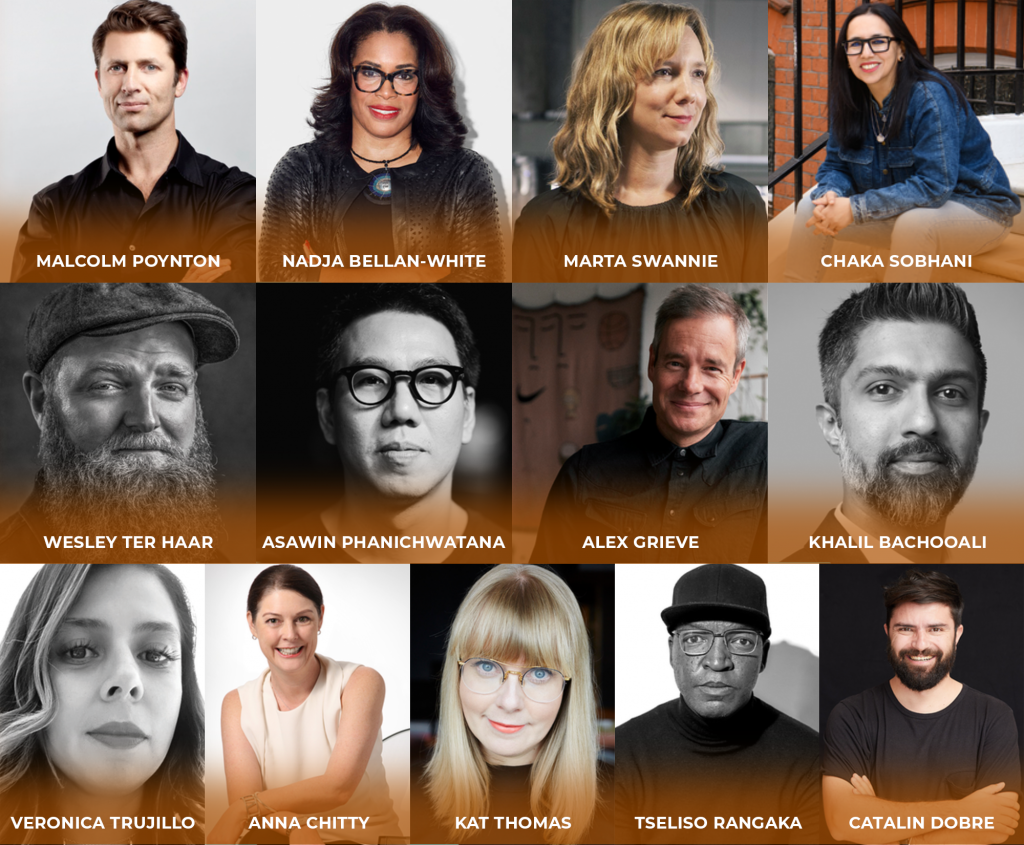 The winners of the 2022 awards will be revealed and celebrated at the Dubai Lynx Awards Show. Taking place at Dubai Opera House on 16 March 2022, the black-tie awards dinner is a night of celebration and networking for the whole industry.

Entries into Dubai Lynx are being accepted until 2 February 2022. For further information please visit the Dubai Lynx website

Tickets for the two-day learning and development experience will be available from 26 January 2022.

To promote Abu Dhabi as a destination in Saudi Arabia by using innovative and immersive means of advertising within a cinema environment.

The idea behind the campaign was to make use of ‘Projection Mapping’ technology inside the cinema – creating an immersive experience for cinemagoers.

The projection was executed on the main cinema screen along with two side screens (both left and right) to create a screen extension.

Sides of the theatre were covered with a piece of unique fabric to make sure the resolution of the projection matched the quality, look and feel of the main screen.

Four high-grade projectors were used for this activation.

*TAKELEAP – technology agency dedicated to creating sensational experiences, was the production company for this execution.

The filming – shot in 4K quality, was done over a 2-3 week period at the above mentioned locations and was stitched together to align with the projection mapping and to fit the extended screen.

This first ever 3D mapping cinema campaign in the Middle East ran for a period of one month (between February and March 2019), during evening shows on all days of the week. No statistics were generated for this campaign, however, element of surprise lasted throughout the duration of the campaign.

Seeking to amplify exposure for your brand? Contact us for more information on similar innovative  advertising opportunities across our circuit in the Middle East.