Muvi Cinemas Opens at Mall of Dhahran in KSA 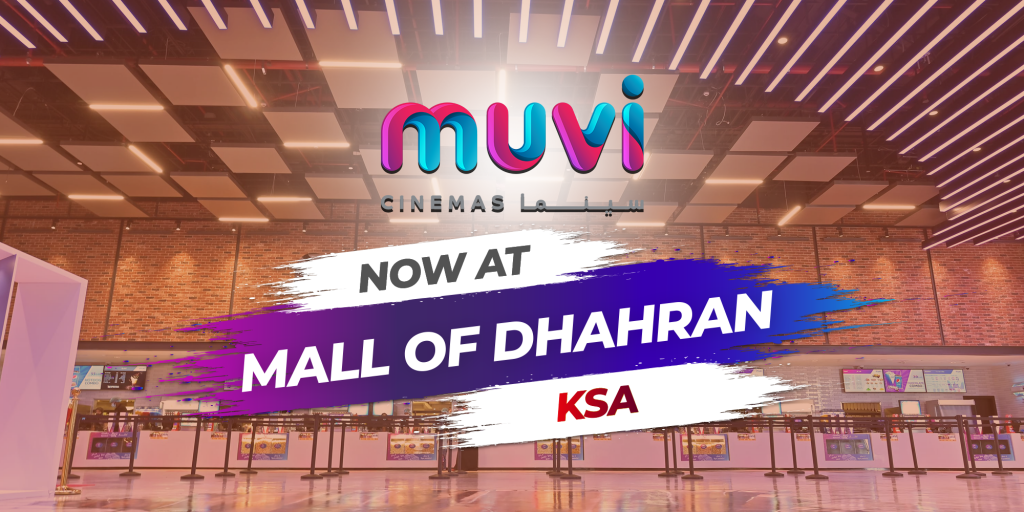 Muvi Cinemas celebrated the opening of its tenth and largest cinema location yet – Mall of Dhahran, on Thursday 15th October 2020.

The cinema is the first destination for movie lovers in the major administrative center for the Saudi oil industry – located in the Eastern province of KSA, and features 18 screens with a total of 2368 seats, including four unique cinema experiences: ScreenX, Dolby Cinema, Samsung Onyx and muvi SUITES.

The new cinema was inaugurated by Dhahran Municipality Chief Eng. Mohammed Al Jassim and Sultan Alhokair, CEO of Muvi Cinemas, in the presence of representatives from the Quality of Life Program, Arabian Centers Company, General Commission for Audiovisual Media, social media celebrities, and media representatives. The opening also included a special screening of the 2020 American horror movie Antebellum to VIPs and invitees.

Commenting on the opening of the cinema at Mall of Dhahran, Mahmoud Mirza, Marketing Director of Muvi Cinemas, said: “It is extremely gratifying to introduce another advanced and luxurious cinema concept for our customers in Saudi Arabia. Entertainment has been an important part of the Saudi entertainment business, and it is our responsibility to continue to offer enhanced experiences to our customers.”

He further added, “The new cinema complex which is considered as the largest in Saudi Arabia with its splendid aesthetics stands tall as one of the most advanced Muvi Cinemas in Saudi Arabia and we are excited for our customers to witness the captivating and immersive experience. We are certain that the newest Muvi Cinema in Dhahran Mall will be the next entertainment hub of the Eastern province.”

More on Mall of Dhahran

Mall of Dhahran by Arabian Centres which opened in 2005, is one of the best malls in Saudi Arabia and a key destination in the triplet cities of Dhahran, Dammam, and Al Khobar. Spread across one floor spanning 160,647 SQM, the mall provides more than 400 stores, 70 eateries and a variety of entertaining activities, dedicated to creating a vibrant and unique environment for all its guests.

From small boutiques and high-end brand stores, to new retailers and international brands, the mall is home to popular brands such as: Adidas, DKNY, The Body Shop, Zara, New Yorker, Swatch and many more. In terms of restaurants and cafés, the variety of food offerings range from stylish and contemporary international brands, popular fast-food chains and coffee and cake shops.

To complement its shopping and dining facilities, the mall boasts not only the first home-grown cinema chain – Muvi Cinemas, but also the world’s largest indoor playground – Billy Beez, and kids gaming and play center – Sparky’s.

As the official cinema advertising partner of Muvi Cinemas, Motivate Val Morgan congratulates the cinema exhibitor on the launch of Mall of Dhahran and warmly welcomes this new location to our cinema circuit in Saudi Arabia.

Contact us for cinema advertising opportunities at this new location.